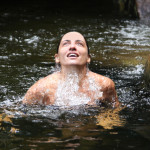 The South African Eco Film Festival (SAEFF) will bring the world’s best documentary films with environmental themes to South African audiences from the 26th of March to the 2nd of April. “We’ve branched out,” says Andreas Wilson-Späth of While You Were Sleeping, the non profit organisation behind the event. “After last year’s enthusiastic reception of the Cape Town Eco Film … END_OF_DOCUMENT_TOKEN_TO_BE_REPLACED