You are here: Home / Archives for tuna 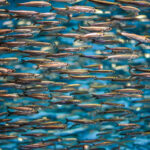 Anchovies - a tiny salty fish, that appears to barely be recognised at all. There are many contributing factors that allow the Ocean to thrive but what we need to acknowledge is the importance of these nutrient-rich fish. Anchovies play a vital role in the oceans ecosystem as they are a crucial food source for other sea creatures. Water is the life of our Planet. Without … END_OF_DOCUMENT_TOKEN_TO_BE_REPLACED 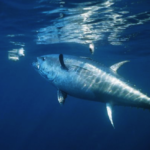 Pacific bluefin tuna has unique worldwide status as one of the most awe-inspiring remarkable creatures on the planet. They grow to 12 feet and 1,500 pounds and live up to 35 years whilst swimming super-fast, crossing the entire ocean in 21 days. They are the essence of nature’s wonderful creativity and beauty. Unequivocally, the bluefin’s days are numbered, almost guaranteed … END_OF_DOCUMENT_TOKEN_TO_BE_REPLACED 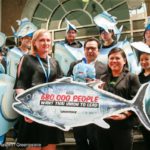 It took two years of relentless campaigning and nearly 700,000 concerned people from around the world, but Greenpeace have finally convinced the world’s largest tuna company to clean up its act! Tuna giant Thai Union, which owns brands such as John West, Chicken of the Sea, Petit Navire, Mareblu, and Sealect, has committed to a series of changes to its business that will … END_OF_DOCUMENT_TOKEN_TO_BE_REPLACED 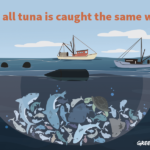 Tuna is in trouble. It's is one of the world’s favourite ﬁsh, and the staple protein of millions, but it is overfished globally. The statistics are grim: 3/4 of the world's fish stocks are being harvested faster than they can reproduce. Ninety percent of all large predatory fish – including tuna, sharks, swordfish, cod and halibut – are gone. Scientists predict that if … END_OF_DOCUMENT_TOKEN_TO_BE_REPLACED 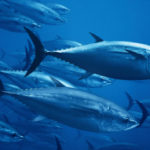 Are the words “dolphin-friendly” or “dolphin-safe” on local tuna cans truthful, considering that most of our canned tuna seems to be imported from the Philippines, or Thailand? This is also where it is very common for dolphins to get caught up in tuna fishing nets and subsequently killed. This is the issue I tried to clear up with some research. Some fishermen purposely … END_OF_DOCUMENT_TOKEN_TO_BE_REPLACED 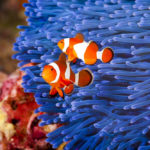 Could we ever fully appreciate and value the essential role which the oceans play in our world’s ecology and the future health of our planet? Most of us suffer from what is called ‘sea blindness’ - not understanding the role of our seas. I had the privilege to experience a passionate talk by THE Sea Mother, also known as Her Deepness, Dr. Sylvia Earle at the launch of the … END_OF_DOCUMENT_TOKEN_TO_BE_REPLACED 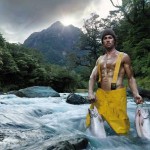 John West, one of Australia’s leading canned fish manufacturers, has pledged to stop using destructive fishing methods that needlessly kill sharks, rays, baby tuna and turtles. The commitment means that John West will phase out the use of highly destructive and wasteful Fish Aggregating Devices (FADs) used with purse seine nets by 2015. “John West has joined the growing … END_OF_DOCUMENT_TOKEN_TO_BE_REPLACED 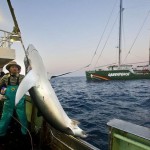 Foreign fishing vessels are stealing fish from the Indian Ocean, and depriving local communities of their livelihood. The Greenpeace flagship Rainbow Warrior ended on Monday its two-week cooperation with the Mozambican Ministry of Fisheries. The organisation had been patrolling the country’s waters and facilitating inspections of foreign fishing vessels that mainly target … END_OF_DOCUMENT_TOKEN_TO_BE_REPLACED 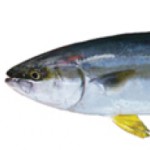 "The maximum potential from the world's oceans ... has probably been reached." So reads the 2008 FAO World Fisheries Report. 76% of the world's ocean fish stocks, including South African line fish, are exploited at or above sustainable levels. Often stock don't recover even after years of protection. Red, orange, green. In South Africa the Southern African Sustainable … END_OF_DOCUMENT_TOKEN_TO_BE_REPLACED