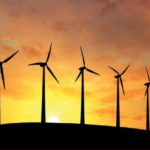 In 2015 SA had the world’s fastest growing green economy! This news broke at the countdown to Windaba. Moody's Corporation’s report shows the highest growth year-on-year globally for asset finance at 300%, totalling $4.5 billion (ZAR 63 billion) in 2015. In another industry affirming move this week, President Jacob Zuma clarified the government's position on the Independent … END_OF_DOCUMENT_TOKEN_TO_BE_REPLACED