You are here: Home / Archives for World Orphan Day 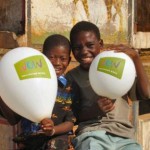 World Orphan Week (otherwise known as WOW) 2011 is earmarked for the second week in February. Raising awareness for the sixth consecutive year is the world's largest children's charity, SOS Children' Villages. Since the inception of WOW in 2005 (in the United Kingdom) SOS International has played an integral role in raising awareness around the needs of orphaned and … END_OF_DOCUMENT_TOKEN_TO_BE_REPLACED