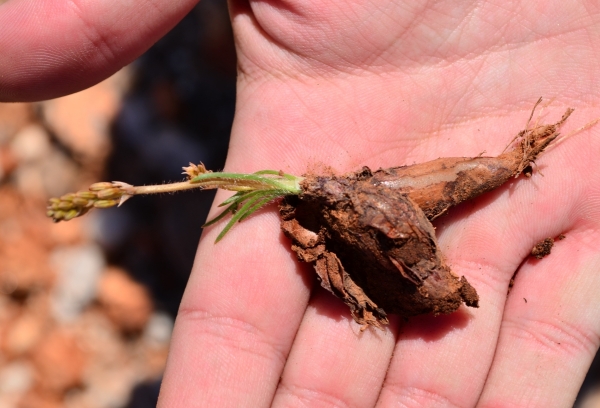 On a botanical trip to one of the most neglected parts of our country – Klein Pella, near Aggeneys in the Northern Cape – the title of this famous book by Arundhati Roy developed a whole new meaning in my heart.

I was invited to share one day in the veld with scientists, students and academics on the 2013 Enviro Outreach project, sponsored by Toyota Southern Africa.

“Finally, just like scientists in the old days,” said Prof Michelle van der Bank from the University of Johannesburg, “we are out there in the field, working together to push the boundaries of scientific knowledge.”

The mission was to collect and study rare and threatened plant species in this understudied and dry land, where you would be forgiven for thinking that there’s nothing growing – and even less to see. For even the tiny bossies had been overgrazed and almost entirely flattened as the earth. This field trip was part of the International Barcode of Life project (iBOL), which is the largest biodiversity genomics initiative ever undertaken. The idea is to unlock the door to the entire animal and plant world by creating a digital identification system for life. 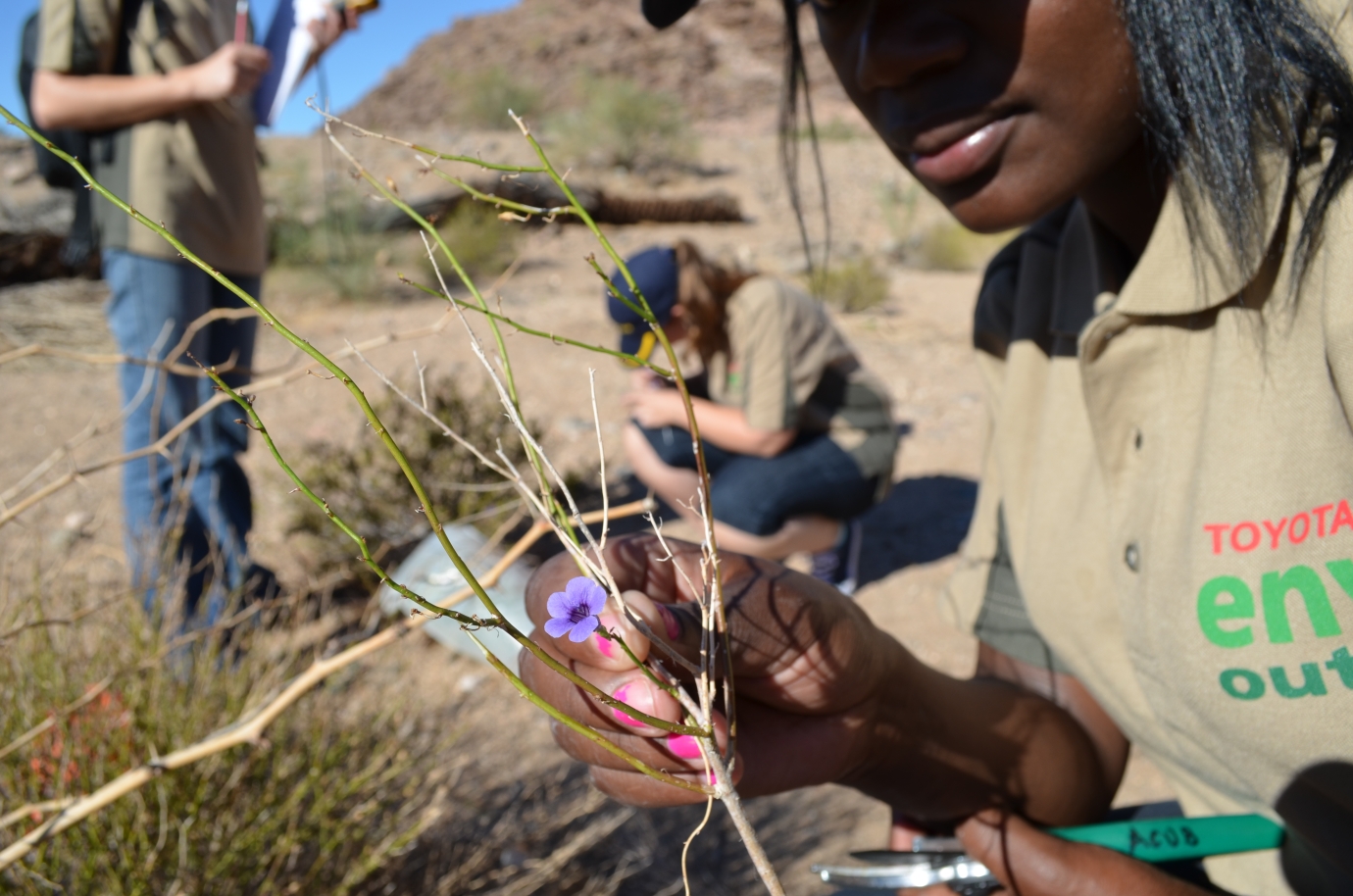 A specimen can only be identified when sequences from its “parent” species are in the library. Therefore iBOL is dramatically increasing these totals, focusing on species that are endangered by human activity, that are of particular socio-economic importance or that are used in environmental assessments.

I had no idea what impact a day on an initiative to build a digital library of life on Earth – of at least 500K species by 2015 – could have on an unsuspecting environmental journalist.

We travelled by road from Upington, through Pofadder, with long brown stretches of ‘nothing’ interspersed by lush green vineyards as soon as the road meandered closer to the mighty Orange River. This illustrated the crucial impact of water.

Our enthusiastic driver and fellow journalist Pieter Oosthuizen was clearly in his element in this dry world. Since growing up near the mouth of the Orange River, he evolved as a lover of the dry and expansive parts of our continent, so we enjoyed river stories rolling out seamlessly all the way. This tough piece of biltong had clearly developed an attunement to the special beauty of the arid land and loves exploring this on his own by motorbike. 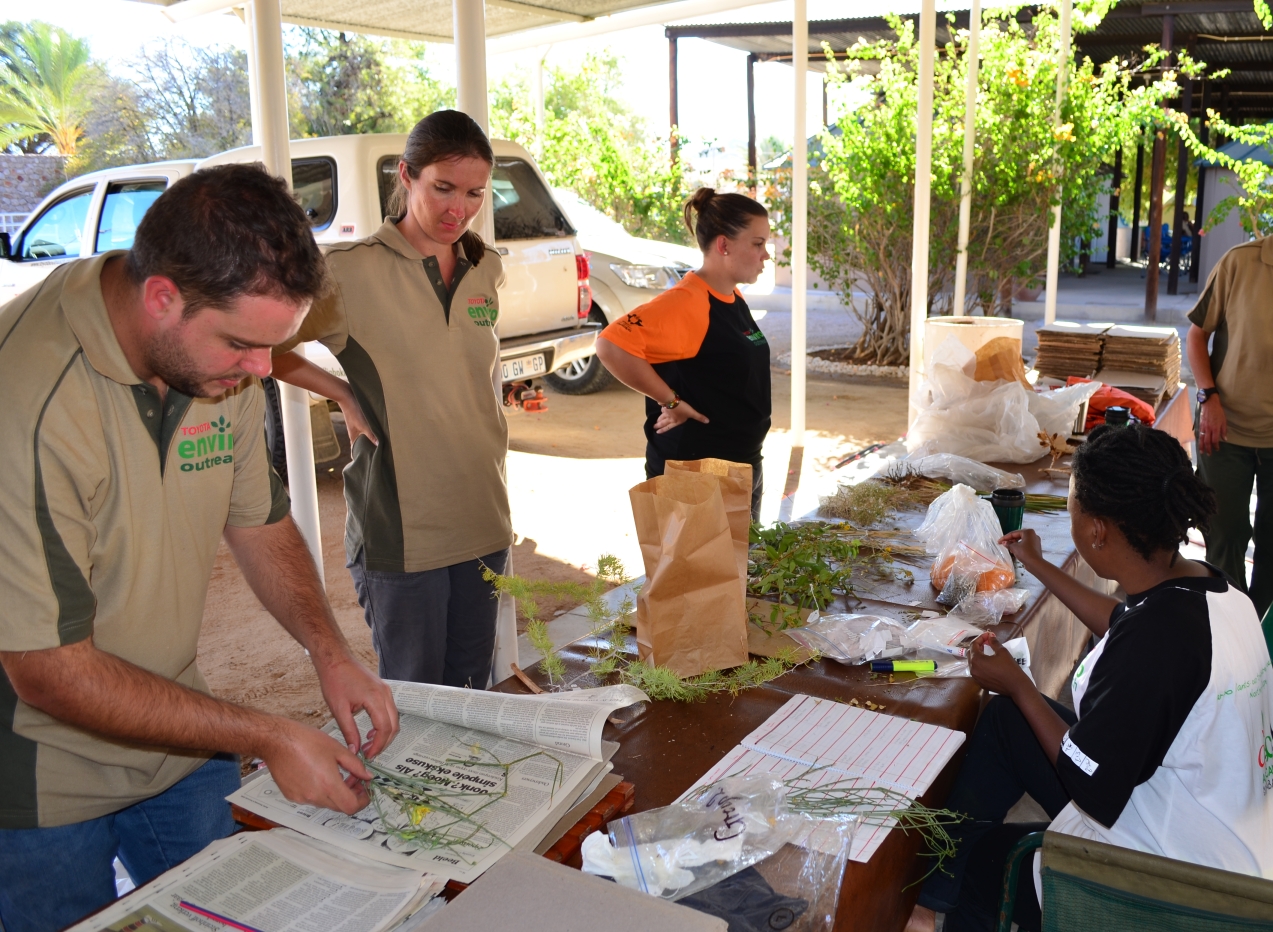 “Hier staan daar niks SO hoog,” he illustrated with his hand, while driving us into Kakamas to show us a quaint campsite right in the middle of the village, where he had once spent a night. Hard earth surrounded by walls painted with murals – the only greenery to be seen. Oh, and of course one doringboom for each stand.

As the road flexed gratefully closer to the river again, we entered the gates of the largest date farm in Africa, Klein Pella, where the base camp was shared by scientists and students from the University of Johannesburg, the South African National Biodiversity Institute, University of Pretoria and University of Cape Town.

The project had started at the Klipbokkop Mountain Reserve near Worcester in the Western Cape and was now set to visit several floristically interesting sites in the extremely arid Gariep region, that included the Gariep Desert and Bushmanland Inselbergs and quartz patches, and the Upper Nama-Karoo region. 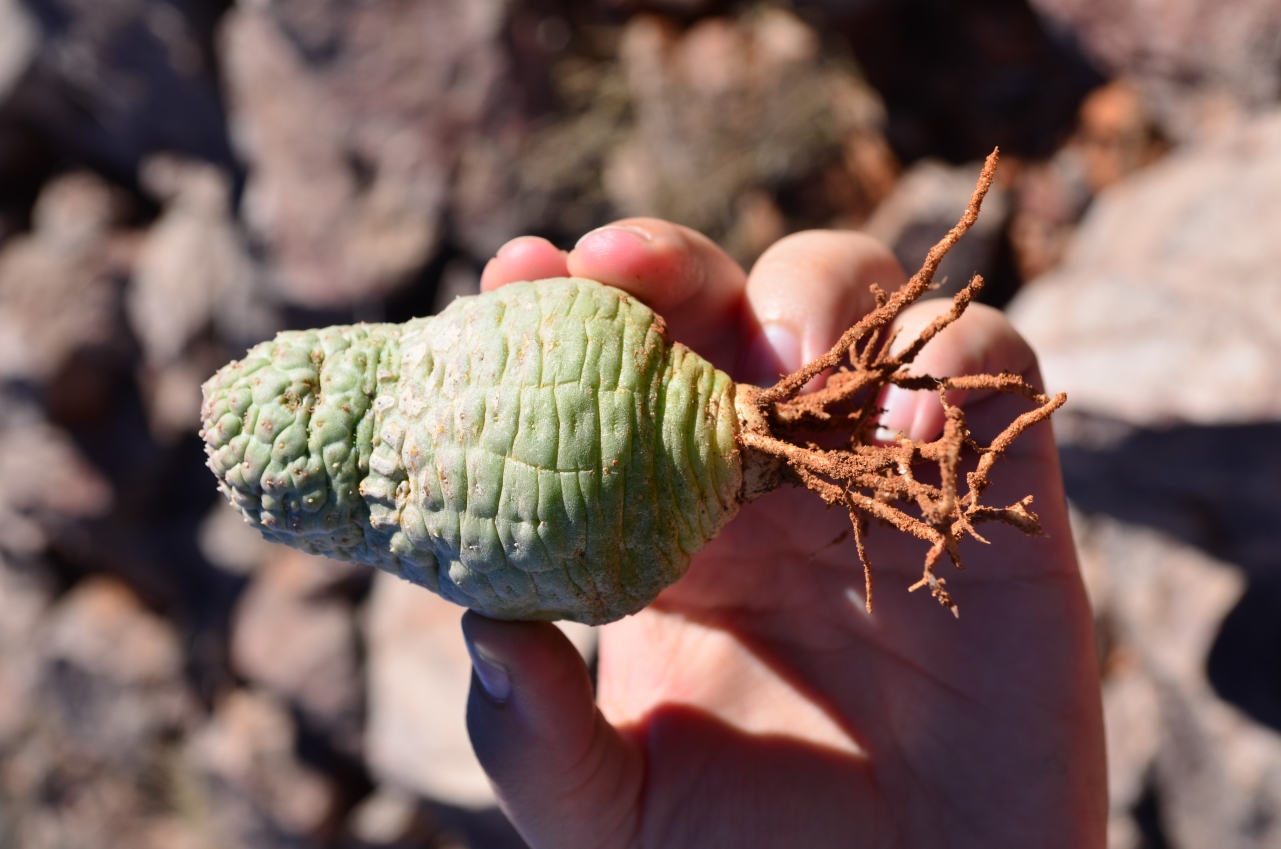 In the camp my heart soared to see scientists young and old unpacking their plant findings of the day, enthusiastically pressing and packing specimens for cataloging in herbariums and DNA extraction in laboratoria. The dedication and attention to detail just drew in my own budding scientific brain and I couldn’t wait for the field trip when we would blend with the botanists to share their finds.

Next day all piled into a fleet of Toyotas. I must say it was heart-warming to learn about this car manufacturer’s commitment to environmental protection in our country. This was the fifth annual scientific study programme they sponsored to safeguard our natural wealth and reduce biodiversity loss.

How do you simply drive past the majestic Kokerboom or Quiver Trees (Aloe dichotoma) along the way, when they’re posing in all their glory, begging to be filmed? Yet travelling in convoy you have to keep up, so on we go to the Gamsberg Inselberg for the day’s exploration. 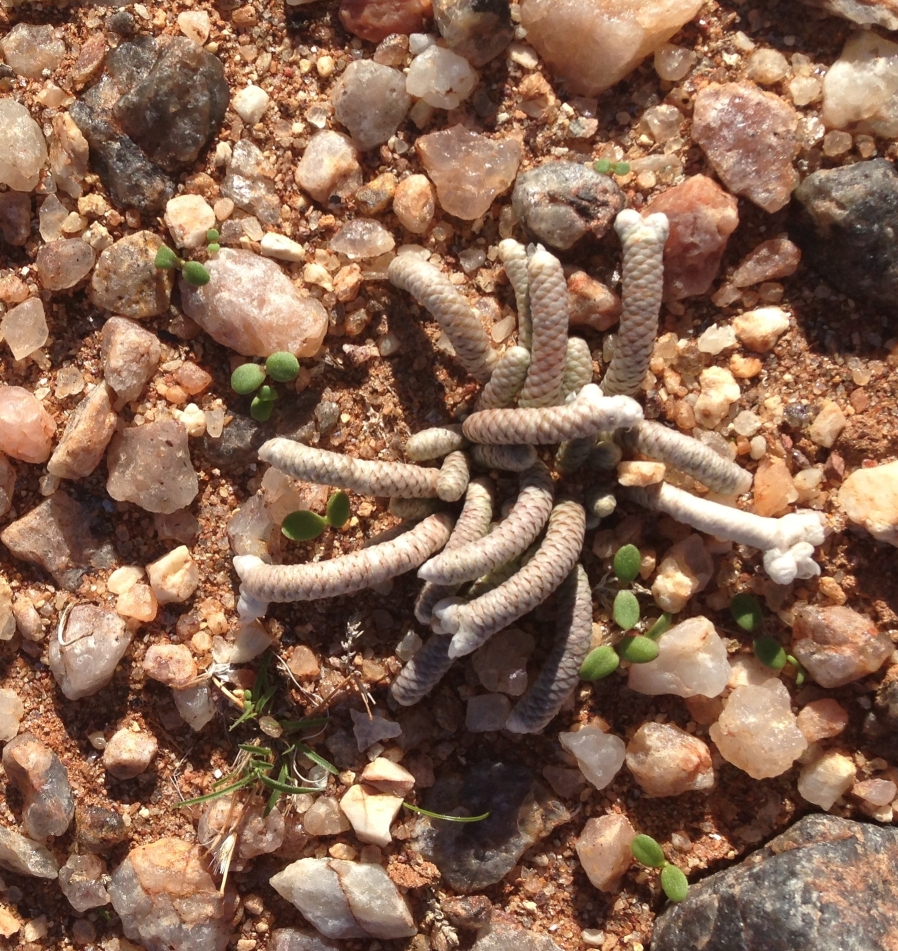 In the village of Aggeneys we collect the keys to the gates to the inselberg, as it now belongs to an Indian company called Vedanta, who plan to mine this mountain for zinc in an open-pit mine. The Gamsberg project is one of the most strategic projects of Zinc International’s Vedanta Resource Plc in their journey of achieving a 1 Million Ton of Zinc metal production.*

Upon arriving it seemed like we had landed on a jewel mountain, where every pebble underfoot was made of rose quartz, silica, mica and zink – all radiating in the winter sun. I bent down and just gawked at the majesty of the terrain. But now we were here to find plants and the students rapidly left the road, bending down for interesting finds, cutting off little pieces and gathering bits for research. We simply walked across the barren earth, only to learn that under every footprint there is something precious growing – so small that I would have never known if it were not for our clever field guides who study that which we don’t even see. 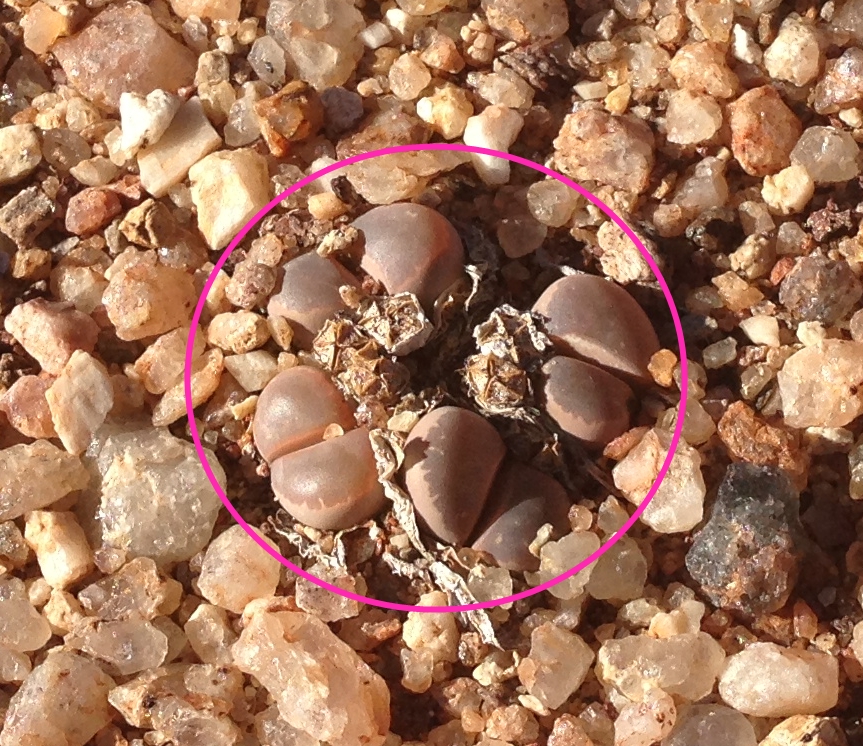 I realized with a shock that we were in our ignorance crushing rare and tenacious little creatures in whose territory we were trespassers. One of us newly aware scribes returned our destructive footprints to the gravel road to leave the careful treading to the botanists with heightened perception.

Arriving at camp later the day there was a chill of excitement in the air as Johathan from SANBI had managed to collect a new species. This was the Trachyandra, which had been photographed 7 years previously, but no materials were gathered. For this tiny tuberous plant botanists had been searching ever since.

This happened when Anthony had basically given up the search and sat down to have a rest – that was when he noticed the tiny plant just sitting there. Now if there’s only one you cannot take it, as you might be destroying the last remaining specimen, so he searched and found 4 more. Here he now had in his hand the materials to extract the DNA and have this new specie officially named and coded.

Later that day I did an interview with Prof. Michelle van der Bank to learn more about the barcode project – so listen to the Prof explain the significance of this journey and the origin of the barcoding idea:

After two weeks the successful Toyota Enviro Outreach eventually came to an end, but not without some important scientific strides. A total of more than 500 individuals (representing 400 species) were collected and unexpected plants were found. Apart from the Trachyandra found in the Gamsberg there was also the Eragrostis sarmentosa collected at Raap en Skraap, which is the first distribution record for this species in the area.

The scientific team will now spend the next few months sorting, identifying and DNA barcoding their plant collections. All the data generated will be uploaded onto the Barcode of Life Data Systems (BOLD), an online informatics platform where it will become part of a growing reference library of DNA barcodes for South African plants and animals that will be freely available for use by the broader scientific and amateur naturalist communities.

Here is a clip on the process the finds of the day would go through to capture a good pressing for a herbarium and the DNA for the coding:

As environmentalist I have to close with some concerns around the proposed Gamsberg open pit zinc mine planned for the obviously botanically sensitive area. Upon completion of a Gap Analysis in 2010, Vedanta Resources plc acquired Black Mountain Mining Pty Ltd (subsidiary of Anglo American) as well as the proposed Gamsberg mine site. Black Mountain (now a subsidiary of the Vedanta Resources plc) intends developing the mine and has initiated the necessary feasibility studies and associated environmental studies. In doing so, Black Mountain Mining Pty Ltd has appointed ERM (Independent Environmental Assessment Practitioner) to undertake the necessary environmental regulatory processes in terms of NEMA, NWA and MPRDA (amongst others).

I dipped into the IEA and found some areas of concern: 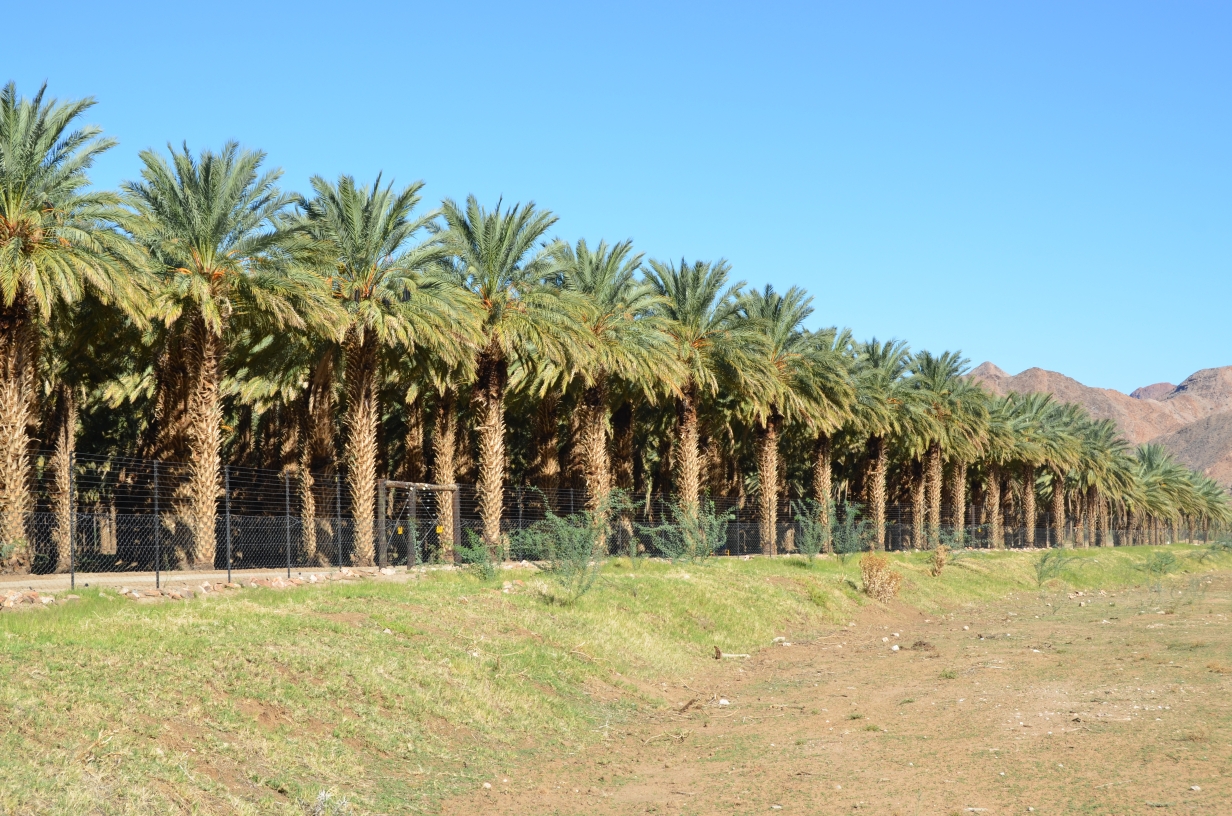