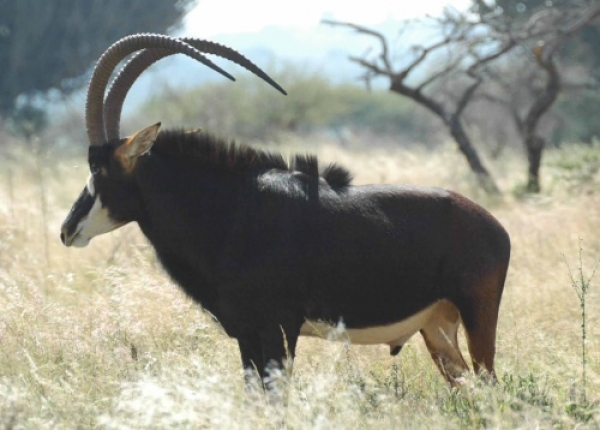 It was hoped that the presence of the Zambian antelope would be a lifeline for the survival of the giant sable, described as critically endangered on the Red List of Threatened Species. It was feared that the giant sable had completely died out in the wild because of the effects of the Angolan civil war.

Then two small populations of these majestic antelope with their striking horns were photographed by a hidden camera in Angola in 2006. Subsequent game counts in the area have revealed no other populations.

A big group of sable antelope with the same characteristic facila patterns were found in Western Zambia and conversationalists hoped that they would be of the same species. However, despite looking almost identical at first glance, they are not members of the same subspecies as the critically endangered giant sable of Central Angola.

This follows genetic research at Stellenbosch University, which showed that the critically endangered giant sable (Hippotragus niger variani) differs significantly from animals that occur a few hundred kilometres to the east in Western Zambia.  It was found that the Zambian group belongs to the subspecies Hippotragus niger niger.

A research study in the field of evolutionary genetics recently appeared in the South African Journal of Wildlife Research by Profs Bettine Jansen van Vuuren, Terry Robinson and Conrad Matthee of the Department of Botany and Zoology at Stellenbosch University (SU) in collaboration with Mr Pedro Vaz Pinto of the Universidade Catolica de Angola and the American scientist Dr Richard Estes.

Prof Jansen van Vuuren says that their latest genetic tests show that although the West Zambian antelope with their dark faces and hide colour bear a strong resemblance to the rare giant sable, they are actually part of the same subspecies as the generally more reddish southern sable antelope (Hippotragus niger niger), which also occur in South Africa.

The latest Stellenbosch study therefore shows that there are great external differences in the various populations of southern sable antelopes that occur right across Southern and Central Africa. 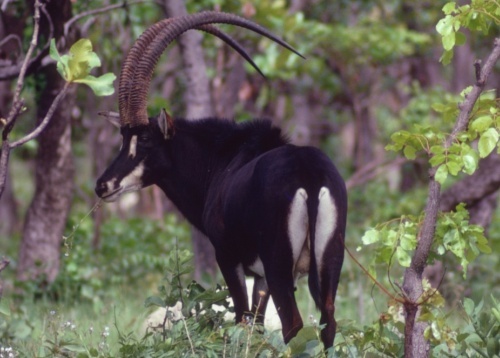 ‘It is not only genetics that determine what an animal looks like, but the environment in which it occurs definitely also plays a role,’ emphasises Prof Jansen van Vuuren. Genetic testing is therefore a much more accurate indication of origin than external phenotypical characteristics.

Members of the Evolutionary Genomics Group at Stellenbosch University have been involved with the genetic testing of sables since the 1990s.

The original classification of the sable antelope subspecies in 1971 was done on the basis of their external variations and geographic distribution.

Genetic tests by German and Danish researchers in 2002, before new examples of the giant sable were discovered.

It was assumed at the time of this 2002 experiment that the giant sable had become extinct, but thanks to new evidence it has also been added as a fourth subspecies, Hippotragus niger variani.