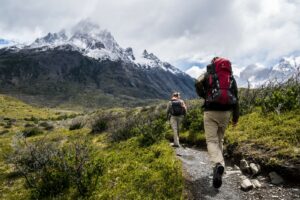 With 161 votes in favour, and eight abstentions*, the UN General Assembly adopted a historic resolution last week, declaring access to a clean, healthy and sustainable environment, a universal human right.

The resolution, based on a similar text adopted last year by the UN Human Rights Council, calls upon States, international organisations, and business enterprises to scale up efforts to ensure a healthy environment for all.

The UN Secretary-General, António Guterres, welcomed the ‘historic’ decision and said the landmark development demonstrates that Member States can come together in the collective fight against the triple planetary crisis of climate change, biodiversity loss and pollution.

“The resolution will help reduce environmental injustices, close protection gaps and empower people, especially those that are in vulnerable situations, including environmental human rights defenders, children, youth, women and indigenous peoples,” he said in a statement released by his Spokesperson’s Office. 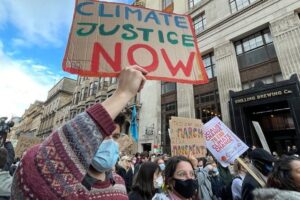 He added that the decision will also help States accelerate the implementation of their environmental and human rights obligations and commitments.

“The international community has given universal recognition to this right and brought us closer to making it a reality for all”, he said.

Guterres underscored that however, the adoption of the resolution ‘is only the beginning’ and urged nations to make this newly recognised right ‘a reality for everyone, everywhere.’

In a statement, UN High Commissioner for Human Rights Michelle Bachelet also hailed the Assembly’s decision and echoed the Secretary-General’s call for urgent action to implement it.

“Today is a historic moment, but simply affirming our right to a healthy environment is not enough. The General Assembly resolution is very clear: States must implement their international commitments and scale up their efforts to realize it. We will all suffer much worse effects from environmental crises, if we do not work together to collectively avert them now,” she said. 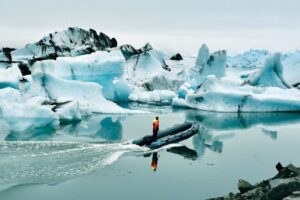 The Jökulsárlón Glacier Lagoon in Iceland is formed naturally from melted glacial water and is perpetually growing while big blocks of ice crumble from a shrinking glacier. Image: Laura Quiñones / UN News

“It emphasizes the underpinning of legal obligations to act, rather than simply of discretionary policy. It is also more effective, legitimate and sustainable,” she added.

A resolution for the whole planet

The text, originally presented by Costa Rica, the Maldives, Morocco, Slovenia and Switzerland last June, and now co-sponsored by over 100 countries, notes that the right to a healthy environment is related to existing international law and affirms that its promotion requires the full implementation of multilateral environmental agreements.

It also recognises that the impact of climate change, the unsustainable management and use of natural resources, the pollution of air, land and water, the unsound management of chemicals and waste, and the resulting loss in biodiversity interfere with the enjoyment of this right – and that environmental damage has negative implications, both direct and indirect, for the effective enjoyment of all human rights.

According to the UN Special Rapporteur on Human Rights and the Environment, Mr. David Boyd, the Assembly’s decision will change the very nature of international human rights law.

“Governments have made promises to clean up the environment and address the climate emergency for decades but having a right to a healthy environment changes people’s perspective from ‘begging’ to demanding governments to act,” he recently told UN News.

A victory five decades in the making

In 1972, the United Nations Conference on the Environment in Stockholm, which ended with its own historic declaration, was the first one to place environmental issues at the forefront of international concerns and marked the start of a dialogue between industrialized and developing countries on the link between economic growth, the pollution of the air, water and the ocean, and the well-being of people around the world.

UN Member States back then, declared that people have a fundamental right to “an environment of a quality that permits a life of dignity and well-being,” calling for concrete action and the recognition of this right.

Last October, after decades of work by nations at the front lines of climate change, such as the Maldives archipelago, as well as more than 1,000 civil society organisations, the Human Rights Council finally recognised this right and called for the UN General Assembly to do the same. 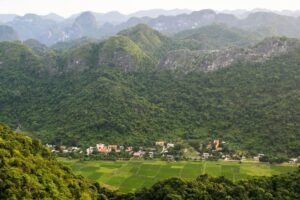 “From a foothold in the 1972 Stockholm Declaration, the right has been integrated into constitutions, national laws and regional agreements. Today’s decision elevates the right to where it belongs: universal recognition,” UN Environment chief, Inger Andersen, explained in a statement published this Thursday.

The recognition of the right to a healthy environment by these UN bodies, although not legally binding— meaning countries don’t have a legal obligation to comply— is expected to be a catalyst for action and to empower ordinary people to hold their governments accountable.

“So, the recognition of this right is a victory we should celebrate. My thanks to Member States and to the thousands of civil society organizations and indigenous peoples’ groups, and tens of thousands of young people who advocated relentlessly for this right. But now we must build on this victory and implement the right,” Ms. Andersen added.

As mentioned by the UN Secretary-General, the newly recognised right will be crucial to tackling the triple planetary crisis.

This refers to the three main interlinked environmental threats that humanity currently faces: climate change, pollution and biodiversity loss – all mentioned in the text of the resolution.

Each of these issues has its own causes and effects and they need to be resolved if we are to have a viable future on Earth.

Meanwhile, according to the World Health Organization (WHO), air pollution is the largest cause of disease and premature death in the world, with more than seven million people dying prematurely each year due to pollution.

Finally, the decline or disappearance of biological diversity – which includes animals, plants and ecosystems – impacts food supplies, access to clean water and life as we know it.