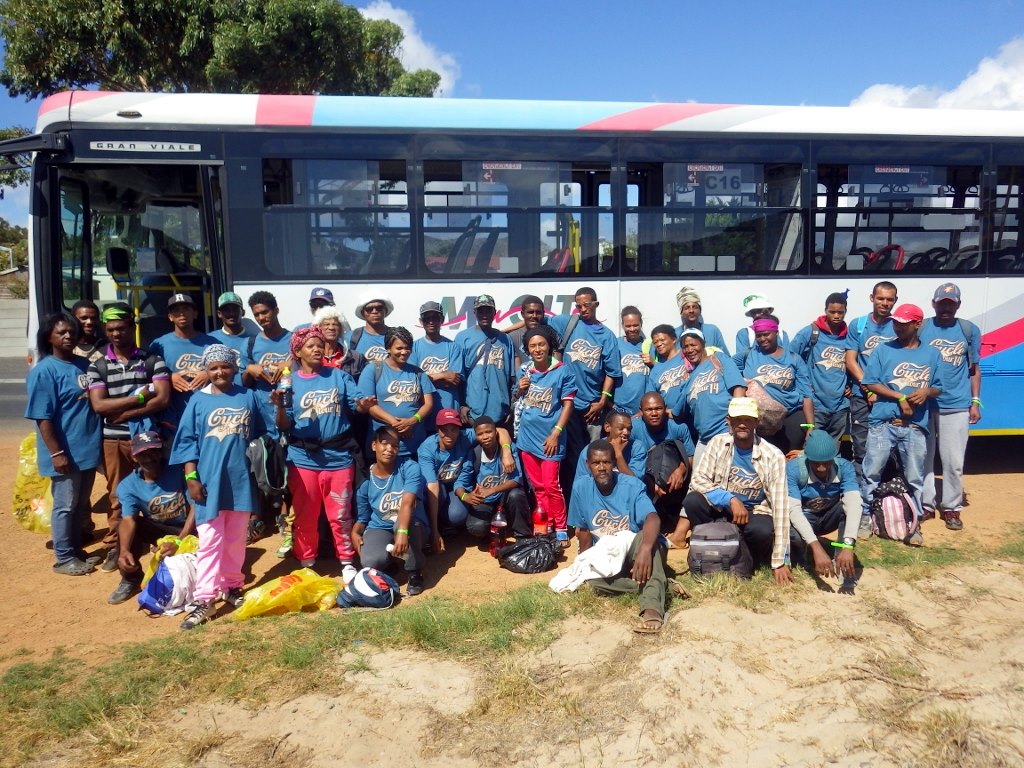 The clean-up crew for the 2016 Cape Town Cycle Tour.

March and April are traditionally two very busy months in Cape Town for 205 cleaners employed from local townships to quickly and effectively pick up for recycling all litter left behind by spectators and athletes during the city’s biggest sporting events – the Cape Town Cycle Race and the Two Oceans marathon.

This effort is organised by Plastics|SA, led by their Sustainability Manager, John Kieser.

“Our active and visible involvement and the PETCO branded bins and truck at these annual events are most certainly helping to create an awareness of the mountains of litter generated at big events such as these,” Kieser said.

The City of Cape Town ensured that the route for this year’s Old Mutual/Two Oceans Marathon, known as “the world’s most beautiful race”, was thoroughly cleaned prior to race day, using a collection of various technology driven machinery.

This year’s marathon attracted close to 30 000 athletes plus spectators.

“The athletes are handed an energy drink in green sachets, which proved to be the most problematic item for us to collect. There were 23 refreshment stations which each received approximately 20 000 bags which they hand out to the athletes. That’s a lot of green sachets to keep track of!” Kieser explained.  On top of this, the day’s unexpected cold and wet conditions caused many people to use refuse bags as make-shift raincoats, which were later discarded and also needed to be collected.

Despite these challenges, the Plastics|SA clean-up team once again faced their task with vigour and dedication. A total of 9 truckloads of plastic waste were removed after the race day, and sent away for recycling.

The intrepid team of waste collectors will again be in action from the 21st to 24th of April 2016 to assist with the SA Navy Festival which takes place in Simon’s Town Harbour. John will use this opportunity to deliver a presentation to the new intake of servicemen on the ‘clean sea/clean ship’ mentality, highlighting the need for the material generated on the various vessels (big ships often have compactors) to be compacted and returned to the harbour for recycling.

Material generated at the event will either be recycled or composted. Sorting will be done on site and transported to Waste Plan MRF in Kraaifontein for recycling. Food waste will be composted in Noordhoek.

“It is obvious that the public still needs to be educated about littering and responsible participation in such events. Our “event greening” is a much needed service which also gives us a visible platform to showcase the plastics industry’s commitment to waste management and recycling,” Kieser concluded.