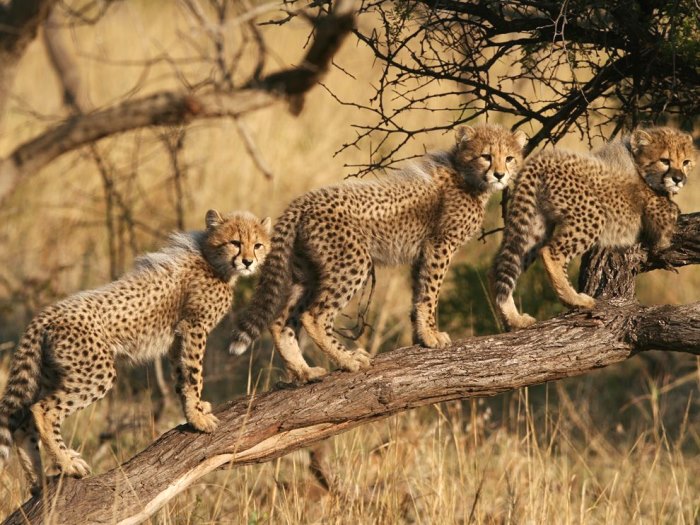 As three cheetah cubs at Phinda Game Reserve in KwaZulu Natal, South Africa, played around their watchful mother, one by one they ran up the tree branch and lined up in a beautiful pose, as if to say, “We are ready for prime time!” By Dumith Fernando. Image: National Geographic

The Endangered Wildlife Trust (EWT) is growing increasingly concerned about the proliferation of captive facilities holding a range of carnivores in South Africa for the sole purpose of tourism and financial gain. We urge the public to consider a few facts when visiting any of a number of these facilities that hold lions, Cheetah, Leopards, Wild Dogs, hyena and even some exotic (non-native to South Africa) species such as tigers and panthers. 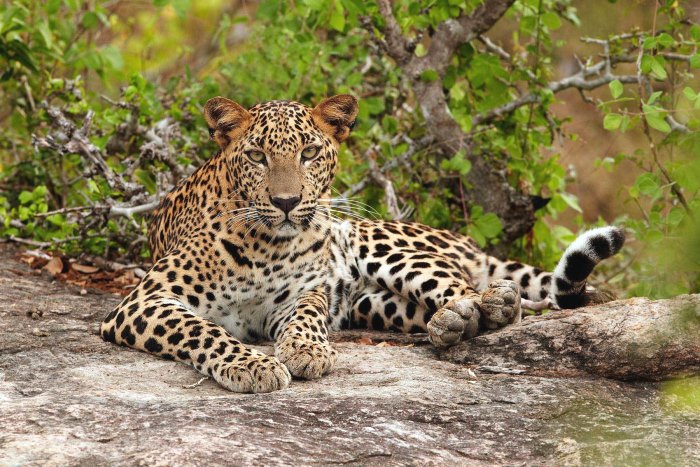 Some may argue that there is educational value in allowing people to handle wild animals. However this kind of education provides the incorrect message that wild animals exist for human entertainment, that they can be petted like domestic animals. They also do not learn much about the natural behaviour, social structure or role of free roaming carnivores.

It is important to note that captive breeding is not a conservation recommendation for any carnivore species in South Africa. Carnivores in fact breed extremely well in the right conditions and for almost all our threatened carnivore species, the conservation priorities include reducing human-wildlife conflict, securing suitable habitat, reducing illegal offtake and maintaining balanced, functioning ecosystems. Without these in place, captive breeding leads to an over-supply of non-releasable animals which often end up as trophies. We also question that any funding generated from captive carnivore breeding goes to support the conservation of free roaming carnivores.

The EWT does not allege that any specific facility is breeding carnivores for the lion bone trade or for the practice of ‘canned hunting’ but we do urge the public that visit these facilities to ask at the very least these critical questions:

The EWT calls for a more active participation from the public in questioning the role of all captive carnivore facilities and the management of the animals in their care. We also call on the tourism sector to recognise the role that they may be playing in supporting some facilities that cannot account for the conservation claims that they make.