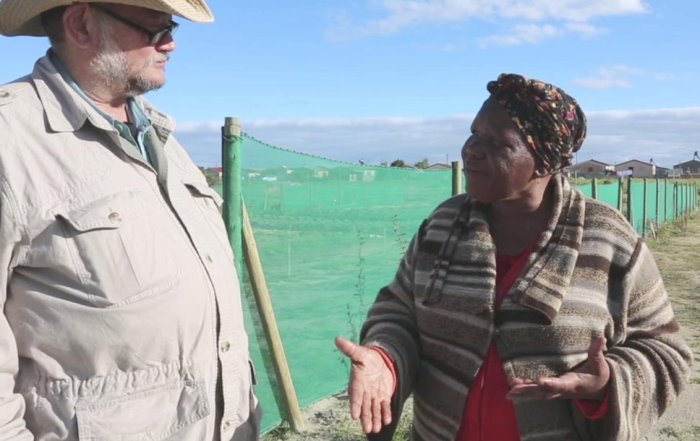 John D. Liu, together with a small team from the Environmental Education Media Project (EEMP) visited South Africa recently, to research and film for a new video series.

As part of their Western Cape focus, the filmmaker and his team visited Moya We Khaya Peace  Gardens in Khayelitsha, a World Design Capital 2014 project. Moya We Khaya, is a  10000m² Community Food Garden project, aiming to transform the lives of local residents by  providing the infrastructure, equipment, training and start-­up requirements to plant and harvest  crops for the table and to sell.

Highlighting the value of the individuals involved in the ecological restoration of our planet, is at  the core of Liu and the EEMP’s features. Liu has come to see that that the people who work with  soil, restoring and regenerating our soils are providing a crucial service and believes that “they  need to be properly compensated, beyond the price of their vegetables.”

The visit to Moya We Khaya assisted Liu in meeting with one such individual, Christina Kaba, a leader within the urban growing movement and Field Operations Manager at Abalimi Bezekhaya.  For the past 21 years, Kaba has trained local women from Khayelitsha and Gugulethu how to grow vegetables. Her impact has been critical in alleviating food security in South Africa and greening the Cape Flats and she has received national and international awards in recognition of her important contribution. 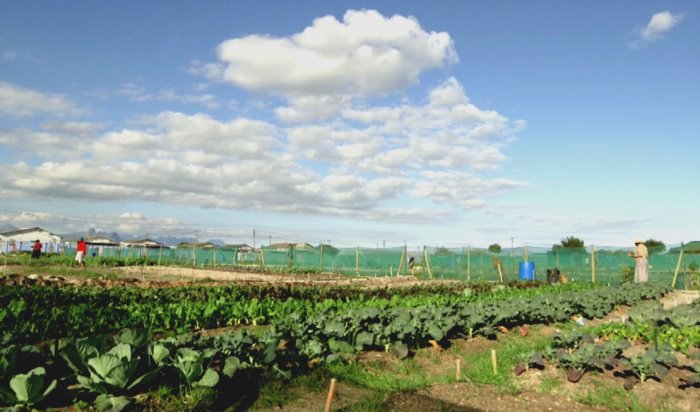 Kaba attributes great value to her farm upbringing, the agriculture skills it allowed her to cultivate and the wealth that they have given her.  These skills, coupled with Kaba’s determined spirit means she can put her own food on the table and as she says “if you’ve got food… you’ve got everything.”

Kaba’s story, in it’s normalcy, is one of true inspiration.  She did not receive any fortuitous opportunities or hand-ups. Kaba is a hero for her great determination and hard work.

In growing her own food, inciting and teaching others to do so, Christina Kaba has created not only an income for herself but with it global recognition and great respect.

The EEMP team spent over three weeks in South Africa, filming and experiencing a variety of projects and people in the  Western Cape and in the Baviaanskloof Nature Reserve, in the Eastern Cape.

EEMP will utilise the footage shot in South Africa for the first in a series of a socio-­eco series short film series to be released later this year, titled Finding Common Ground – The Art of Healing the Earth. Liu’s most acclaimed film to date, Green Gold, has been screened  at environmental summits such as Rio +20 United Nations Conference, film festivals,  universities and for policy makers, politicians and critical voices globally.

There will be several screenings of Finding Common Ground – The Art of Healing the Earth taking place in Cape Town during October 2014.