The Cape of fire – preserving our floral heritage 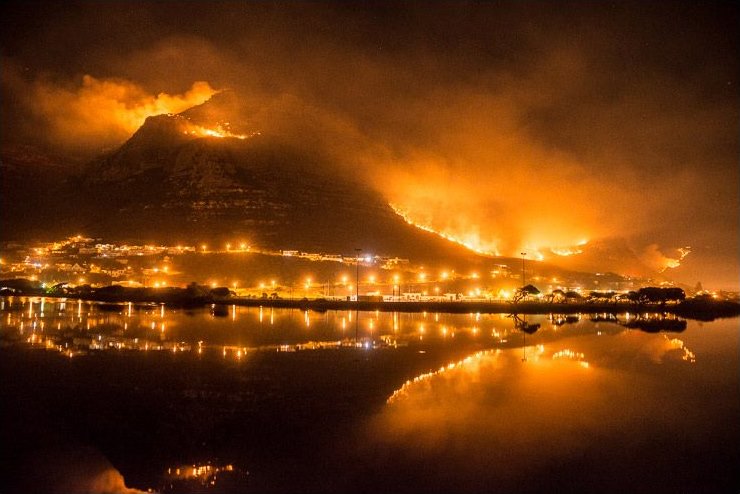 Challenges to the preservation of the Cape’s unique floral kingdom for the next 100 years will be top of the agenda when several of South Africa’s foremost conservation scientists converge in the scenic Jonkershoek Valley on Monday 13 April 2015.

The colloquium on management challenges in the Cape Floristic Region, hosted by the Royal Society of South Africa (RSSAf) and Stellenbosch University (SU), will commemorate the 70th anniversary of the 1945 landmark publication on the preservation of the vegetation of the south western Cape by prof Christiaan Wicht, also published by the RSSAf. The 1945 publication made the first proposals for protected areas, identified the threats posed by invasive alien plants, and also made the first serious suggestion that fire could be used to manage fynbos.

Prof Brian van Wilgen, from the DST/NRF Centre of Excellence for Invasion Biology (C•I•B) at SU and convenor of the meeting, says much has happened since 1945:

“During the colloquium we will review the history that led to our current situation, as well as the management challenges we will face in the future. While Prof Wicht’s insights have guided us for more than half a century, there are many challenges now that he could not have foreseen, so it is necessary to take stock of the situation again. This promises to be a landmark event, involving the leading conservationists and researchers from the region”.

The meeting will start with a historical perspective on the importance of Wicht’s publication for the management and protection of Cape vegetation, presented by Jane Carruthers, professor emeritus in the Department of History at Unisa and one of South Africa’s first environmental historians.

Dr Fred Kruger, former director of the Institute for Forestry Research in South Africa, will review the extensive research programmes that led to significant advances in our understanding of Fynbos ecology and management. Prof Richard Cowling of the Nelson Mandela Metropolitan University will provide an overview of the historical development of a protected area network in the region, including the proclamation of several Fynbos reserves as World Heritage Sites.

Contentious issues such as fire management, the management of invasive aliens and the threatened status of endemic plants in the region are also on the agenda. These topics will be tackled by Prof Brian van Wilgen, Prof Dave Richardson (director: C•I•B) and Domitilla Raimondo (South African National Biodiversity Institute).

The colloquium ends with a perspective on the future, with prof Guy Midgley from SU and Dr Nicola van Wilgen from South African National Parks discussing the potential implications of global change for the conservation of the Cape Floristic Region’s ecosystems. Other speakers are Genevieve Pence and Guy Palmer from Cape Nature and Prof John Donaldson from the South African National Biodiversity Institute (SANBI). The proceedings will be published in the Transactions of the Royal Society of South Africa as a comprehensive report on the conservation status and future challenges in the region.