As COVID-19 threatens farming communities across Africa already struggling with climate change, the continent is at a crossroads. Will its people and their governments continue trying to replicate industrial farming models promoted by developed countries? Or will they move boldly into the uncertain future, embracing ecological agriculture?

It is time to choose. Africa is projected to overtake South Asia by 2030 as the region with the greatest number of hungry people. An alarming 250 million people in Africa now suffer from “undernourishment,” the U.N. term for chronic hunger.

If policies do not change, experts project that number to soar to 433 million in 2030.

The evidence is now convincing that the ironically titled Green Revolution model of agriculture, with its commercial seeds and synthetic fertilizers, has failed to bring progress for Africa’s farmers. Since 2006, under the banner of the billion-dollar Alliance for a Green Revolution for Africa (AGRA), that strategy has had an unprecedented opportunity to generate improved productivity, incomes, and food security for small-scale farmers. African governments have spent billions of dollars subsidizing and promoting the adoption of these imported technologies.

According to a recent report, False Promises, evidence from AGRA’s 13 countries indicates that it is taking Africa in the wrong direction. Productivity has improved marginally, and only for a few chosen crops such as maize. Others have withered in a drought of neglect from donor agencies and government leaders. In AGRA’s 13 focus countries, the production of millet, a hearty, nutritious and climate-resilient grain, fell 24% while yields declined 21%. This leaves poor farmers with less crop diversity in their fields and less nutritious food on their children’s plates.

Rwanda, the home country of AGRA’s president, Agnes Kalibata, is held up as an example of AGRA’s success. After all, maize production increased fourfold since AGRA began in 2006 under Kalibata’s leadership as Agriculture Minister. The report refers to Rwanda as “AGRA’s hungry poster child.” All that maize apparently did not benefit the rural poor. Other crops went into decline and the number of undernourished Rwandans increased 41% since 2006, according to the most recent U.N. figures.

Green Revolution proponents have had 14 years to demonstrate they can lead Africa into a food-secure future. Billions of dollars later, they have failed. AGRA wrapped up its annual Green Revolution Forum on 11 September without providing any substantive responses to the findings.

With a pandemic threatening to disrupt what climate change does not, Africa needs to take a different path, one that focuses on ecological farm management using low-cost, low-input methods that rely on a diversity of crops to improve soils and diets.

Many farmers are already blazing that trail, and some governments are following with bold steps to change course.

In fact, two of the three AGRA countries that have reduced both the number and share of undernourished people – Ethiopia and Mali – have done so in part due to policies that support ecological agriculture. 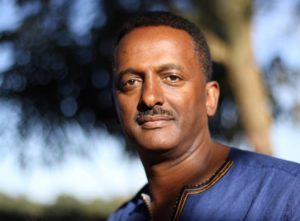 Ethiopia, which has reduced the incidence of undernourishment from 37% to 20% since 2006, has built on a 25-year effort in the northern Tigray Region to promote compost, not just chemical fertilizer, along with soil and water conservation practices, and biological control of pests. In field trials, such practices have proven more effective than Green Revolution approaches. The program was so successful it has become a national program and is currently being implemented in at least five regions.

Mali is the AGRA country that showed the greatest success in reducing the incidence of hunger (from 14% to 5% since 2006). According to a case study, progress came not because of AGRA but because the government and farmers’ organizations actively resisted its implementation. Land and seed laws guarantee farmers’ rights to choose their crops and farming practices, and government programs promote not just maize but a wide variety of food crops.

Mali is part of a growing regional effort in West Africa to promote agroecology. According to a recent report by the International Panel of Experts on Sustainable Food Systems, the Economic Community of West African States (ECOWAS) has developed an Agroecology Transition Support Program to promote the shift away from Green Revolution practices. The work is supported by the U.N. Food and Agriculture Organization (FAO) as part of its Scaling Up Agroecology program.

In Burkina Faso, Mali, and Senegal, farmers’ organizations are working with their governments to promote agroecology, including the subsidization of biofertilizers and other natural inputs as alternatives to synthetic fertilizers.

In the drylands of West Africa, farmers in Burkina Faso, Senegal, Ghana and Niger are leading “another kind of green revolution.” They are regenerating tree growth and diversifying production as part of agro-forestry initiatives increasingly supported by national governments. This restores soil fertility, increases water retention, and has been shown to increase yields 40%-100% within five years while increasing farmer incomes and food security. It runs counter to AGRA’s approach of agricultural intensification.

Senegal, which cut the incidence of severe hunger from 17% to 9% since 2006, is one of the regional leaders. Papa Abdoulaye Seck, Senegal’s Ambassador to the FAO, summarized the reasons the government is so committed to the agroecological transition in a foreword to the IPES report:

“We have seen agroecological practices improve the fertility of soils degraded by drought and chemical input use. We have seen producers’ incomes increase thanks to the diversification of their crop production and the establishment of new distribution channels. We have seen local knowledge enriched by modern science to develop techniques inspired by lived experience, with the capacity to reduce the impacts of climate change. And we have seen these results increase tenfold when they are supported by favorable policy frameworks, which place the protection of natural resources, customary land rights, and family farms at the heart of their action.”

Those “favorable policy frameworks” are exactly what African farmers need from their governments as climate change and COVID-19 threaten food security. It is time for African governments to step back from the failing Green Revolution and chart a new food system that respects local cultures and communities by promoting low-cost, low-input ecological agriculture.

By Million Belay and Timothy A. Wise

Million Belay (pictured above) is coordinator of the Alliance for Food Sovereignty in Africa.
Timothy A. Wise is researcher and writer with the Institute for Agriculture and Trade Policy and Tufts University, and the author of the recent book Eating Tomorrow: Agribusiness, Family Farmers, and the Battle for the Future of Food. His background paper contributed to the False Promises report.