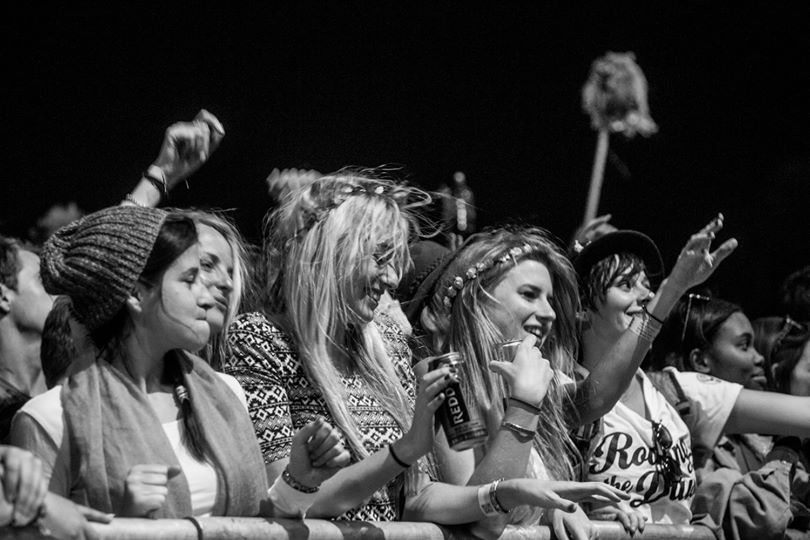 I have been a big fan of rock festivals in the Western Cape since I went to my first Wingerdstok Festival back in 1997.

Can there be anything better than getting to see a whole bunch of great bands in beautiful locations with thousands of potential new friends surrounding you at all times?

My first Rocking The Daisies was 2008. And every year since then I have made sure I get in there somehow. It is never the same twice, and always a worthwhile endeavour. And there’s usually at least one really huge international act that I have somewhere in my CD collection (back when I still did CDs anyway). 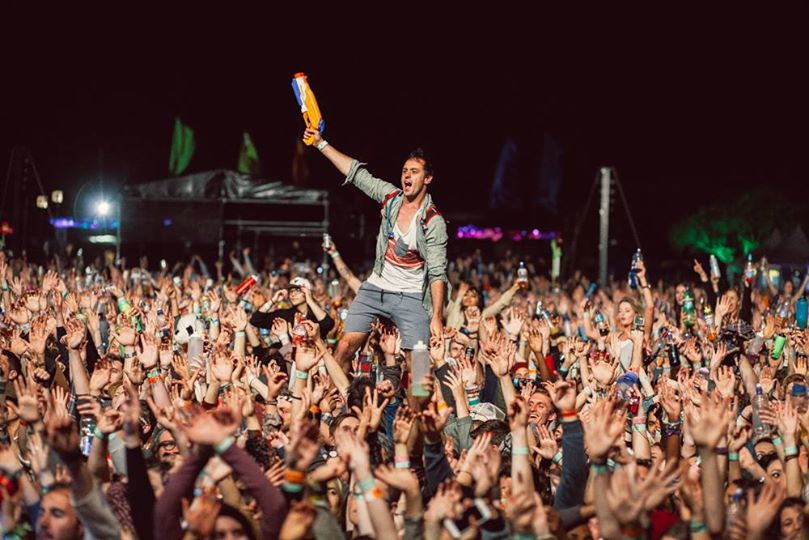 I was so overjoyed when I heard earlier this year that MGMT would be coming over. I have loved their first album Oracular Spectacular for years, and several songs from it are still permanent fixtures on any party playlist I find myself making. They have an intense fascination with the late sixties psychedelic vibe, but underpinned with an entirely modern dance groove that makes the whole thing somehow more ridiculous and yet perfect at the same time. 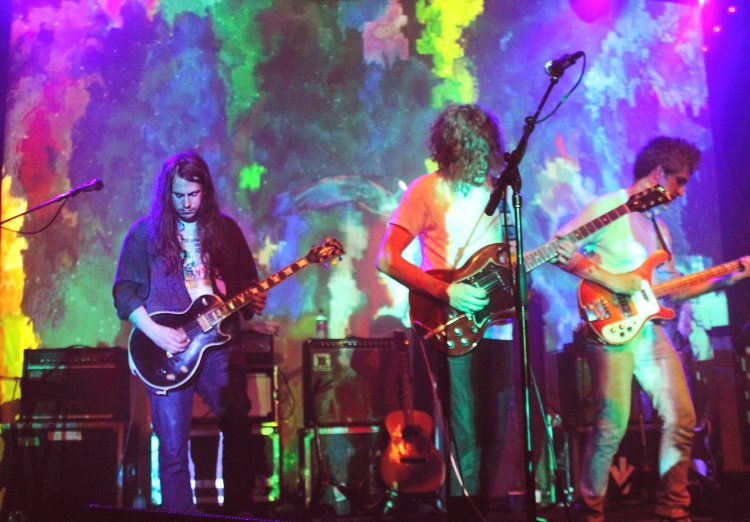 The other thing I must point out is that for some reason initially I thought they were from Europe or something and was quite surprised when I found out that they were from Brooklyn, New York. In fact, these guys seem to be from another time period and universe in many ways.

Their light show alone was staggering, and as I suspected they tailor-make their video projections according to each gig so it is always slightly different. This is the kind of extra bit of awesomeness bands like Pink Floyd and ELO would bring forth back in the day, and its pretty refreshing to see.

They played all those great songs and even did some cool extended versions, with the familiar melodic thump of Kids accompanied by a blistering long electro breakdown at the end before a final repeat of the chorus.

Though on the whole I prefer Congratulations to the latest self-titled album, a new song like “Introspection” was quite a joy to behold live. It is a cover of fellow New Yorker and guitarist Faine Jade’s 1968 psych rock track.

We had quite a large group of friends all camping together and were saying since we arrived that we should make sure to all get together to see MGMT. Of course, as such things go, we didn’t manage, but good times were certainly had by all of us there.

Rudimental is a a four-piece act from Hackney, London, whose debut album Home was released to commercial and critical acclaim last year.

I knew nothing about these guys before this weekend, but their set was another wild highlight of the festival. Though it might not be the kind of music I would normally find myself listening to, the way in which they put it all together is completely irresistible live. 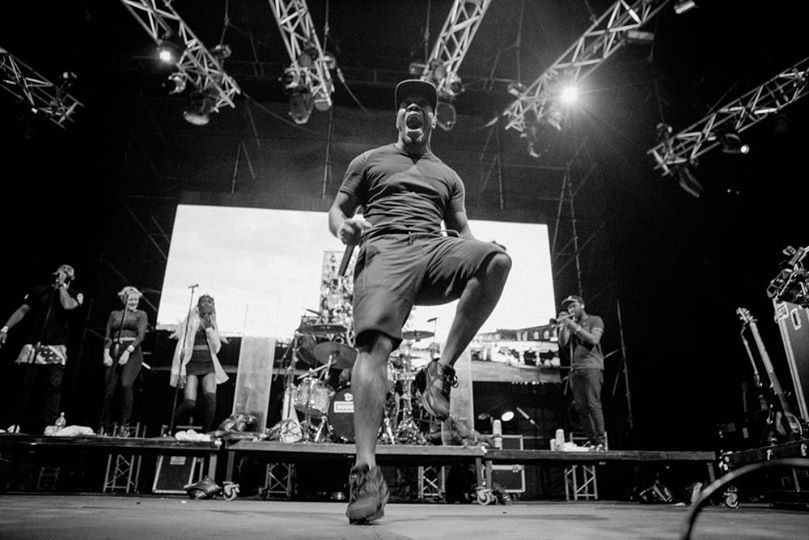 Such incredible musicianship and energy, with melodic pop refrains becoming drum ‘n bass breakdowns, hitting upon reggae, house and all sorts of other styles on the way. It wouldn’t work without a seriously good drummer. Luckily they sure do have one! And don’t even get me started on that trumpet player..

Even though my friends and I didn’t know any of the songs, we were singing along with every word by the end. That takes the kind of commitment to groove and melody that seems to be quite scarce in a lot of new music these days (certainly on the radio at least). 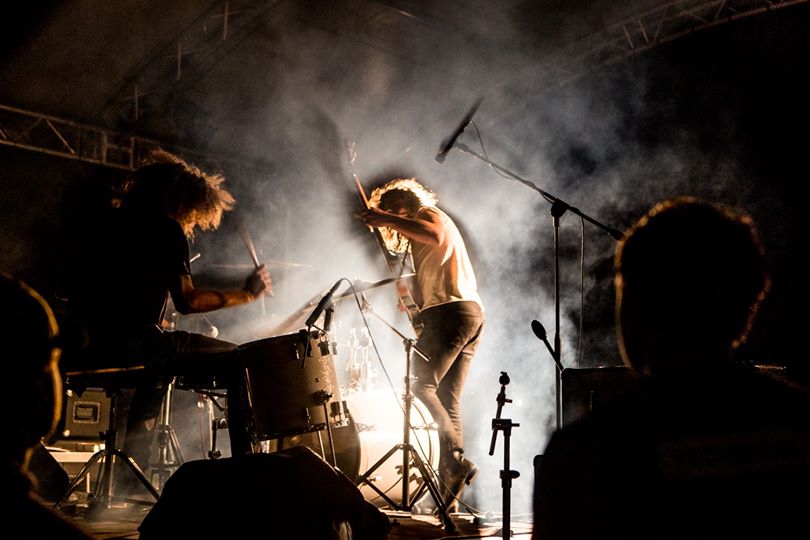 The whole audience found themselves whipped up into a total frenzy by the end of it. Way to end Saturday night on a high.

The Wanton Bishops hail from Beyrouth, Lebanon and were a thing to behold. Their groove sits somewhere between Black Rebel Motorcycle Club and Lemmy from Motörhead, with great banjo and harmonica thrown in to finish off the blues-rock brew.

Here is them playing last year at a festival in Lebanon to give you an idea of their enjoyable live bluster:

There were so many great local acts as well. Due to hitting staunch Cape Town traffic on the way there and taking more than an hour to make it inside (finding the right parking, standing in line, etc.), I unfortunately missed Jeremy Loops and Taxi Violence, two of my favourite local bands, but I am told that they were as great as usual. 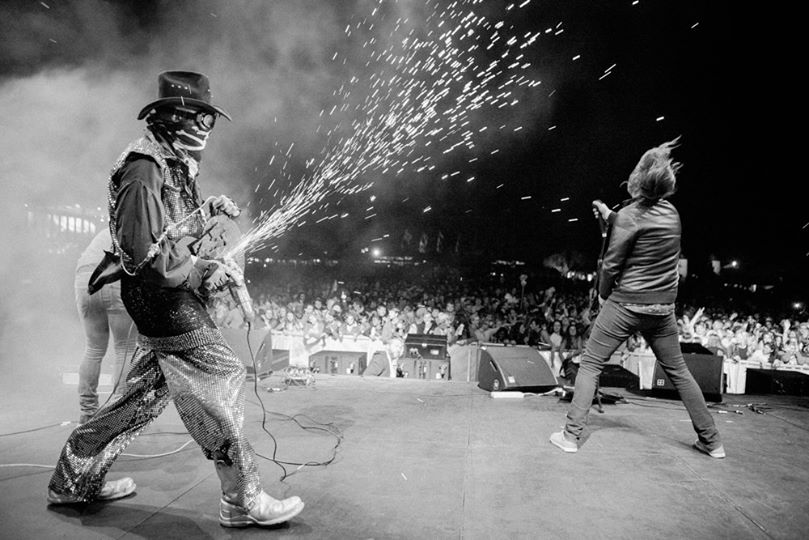 Taxi Violence particularly got a lot of good buzz from everyone I spoke to. They are both not to be missed if you ever spot them on a festival line-up; I can tell you that from a lot of firsthand experience everywhere from Daisies, to Oppikoppi, to Up The Creek, Ramfest and beyond!

Arno Carstens and Francois Van Coke are music icons from two different generations of the South African music family tree. Frontmen for The Springbok Nude Girls and Fokofpolisiekar, they have both been front and center at some of the craziest huge music festivals this world can offer, and always deliver in spades. 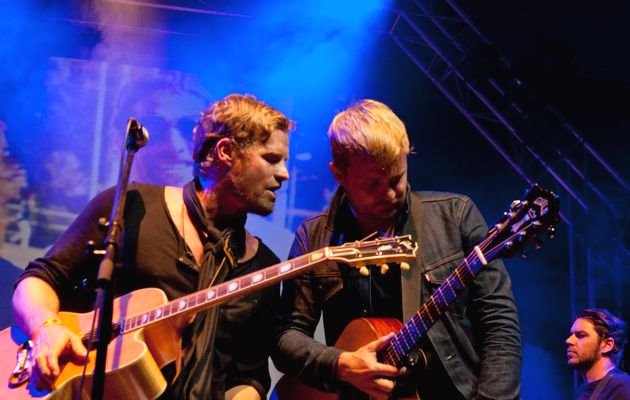 I saw their collaboration show for the first time earlier this year at Stellenbosch’s fantastic Klein Libertas Theatre, and had a great time. I just went home slightly disappointed with not having heard as many Nude Girls songs as I hoped.

This show was a joy to behold once again, if a little tighter this time and of course, as it was not a full length gig there wasn’t time for the little nuggets of local awesome that were their Battery 9 and Sugardrive covers back at that KLT show.

The Black Cat Bones is another band I have followed around somewhat. They have a completely contagious manic energy accompanied by songs that know when to sit back and when to come crashing down over the top.

They were a highlight at Daisies last year:

This year they brought even more madness to the party. Their set had the thousands of people littered all over the valley bopping up and down in glorious unison. Way to never disappoint BCB! 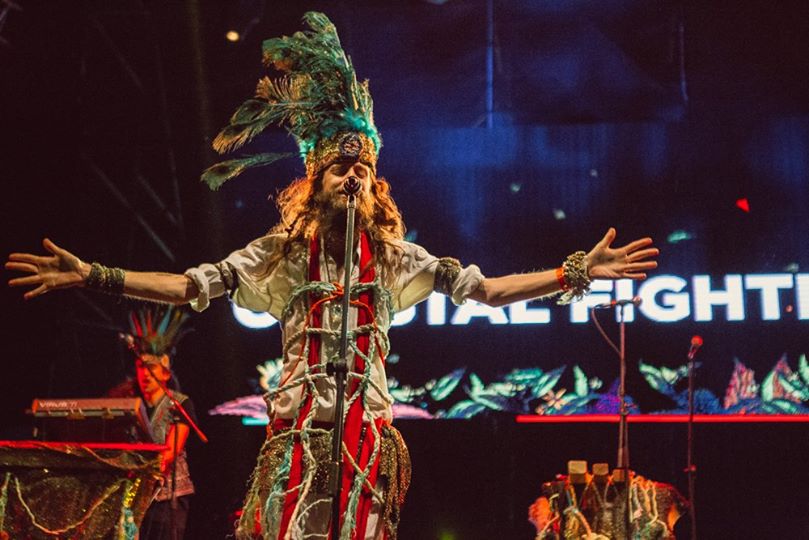 A band I was introduced to recently and very excited to see at the festival was Cape Town-based Los Tacos.

I saw these guys for the first time at Aandklas’ Spring Break Party a few weeks back and really enjoyed it. They are a 10-piece Latino Fusion band, with Spanish raps and vocals from Colombian born artist Jeronimo de Los Rios. 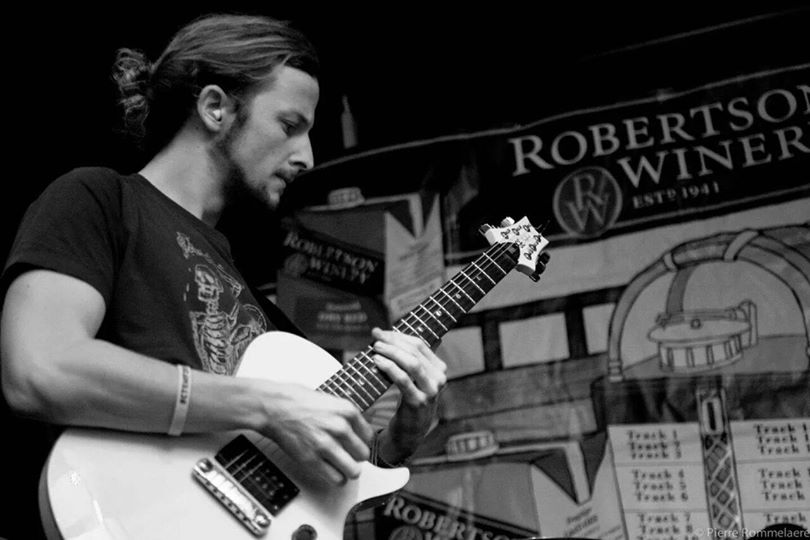 They put on an impressive set in a full Nu World Beat Club on the sweltering Saturday afternoon. It had the feel of an authentic Spanish street festival, with layers of glorious sounds from fantastic sax, guitars, different kinds of percussion and keyboards. 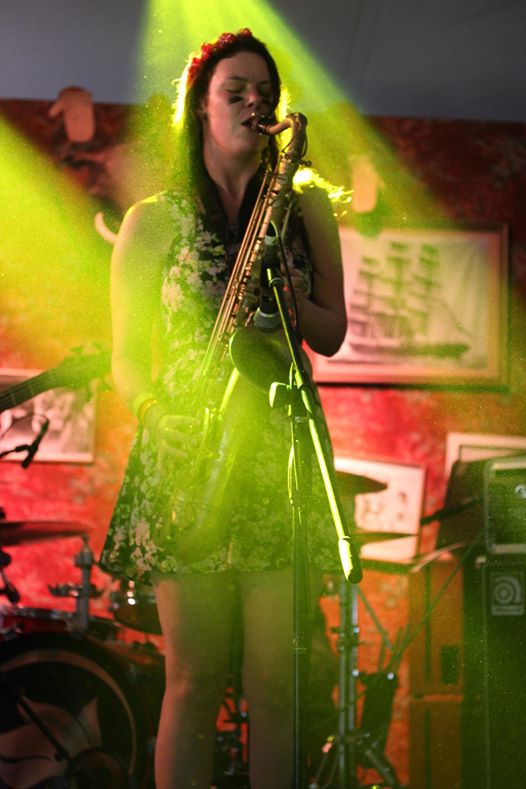 I remember thinking that it would probably be even better at a festival, where people are even more ready to move their bodies to the music. And it was a thing of beauty indeed. 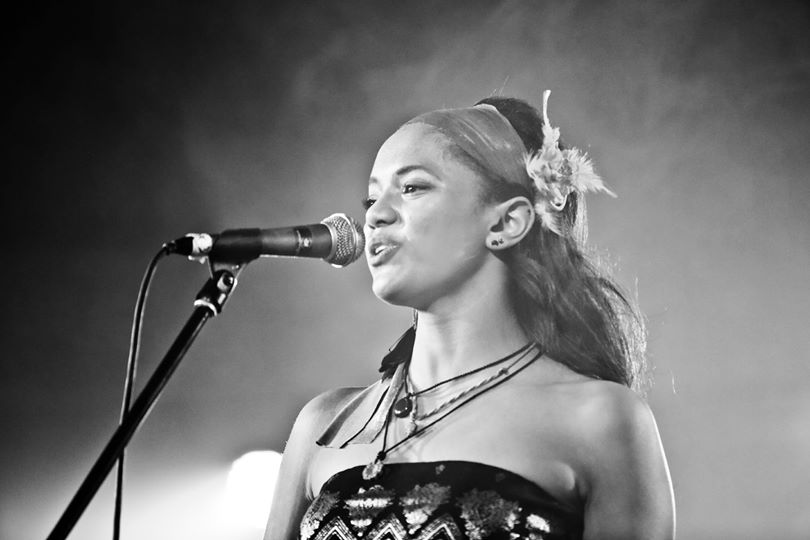 They conjure that sweet spot between African and Latin American music, where its all about movement, trancelike melodies and just good vibes in general. Will be keeping an eye on these guys for sure! 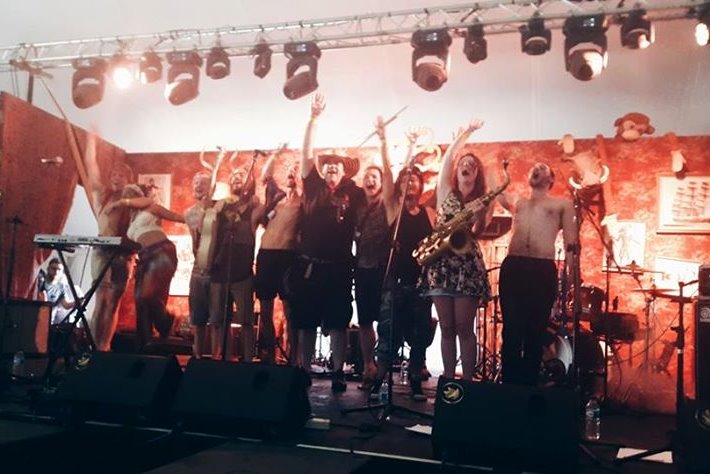 On Saturday morning, I saw a band called Diamond Thug who was new to me. As it turns out they had Chantel Van Tonder, formerly of LA.VI, on vocals, keys and percussion. An incredible singer and performer I hadn’t seen on stage in too long. 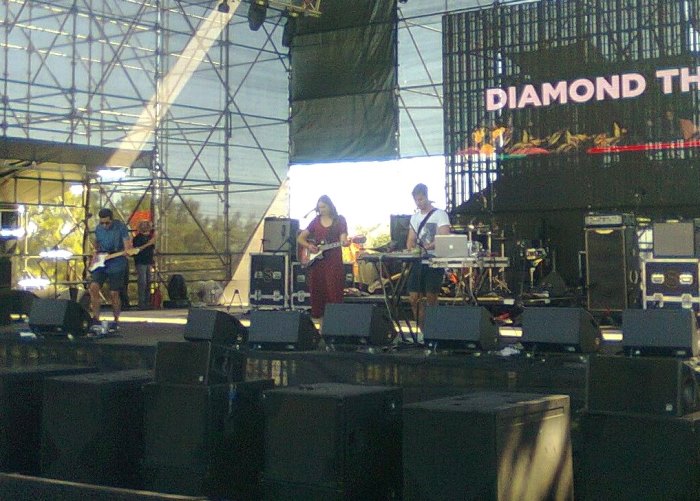 And her new band is very cool indeed! Their music sits somewhere between Lykke Li and The XX, but completely unique at the same time.

Here is their incredible video for recent single ‘What I Think I Know’:

Directly after that, Nick Turner came out with a showstopper of a band behind him. 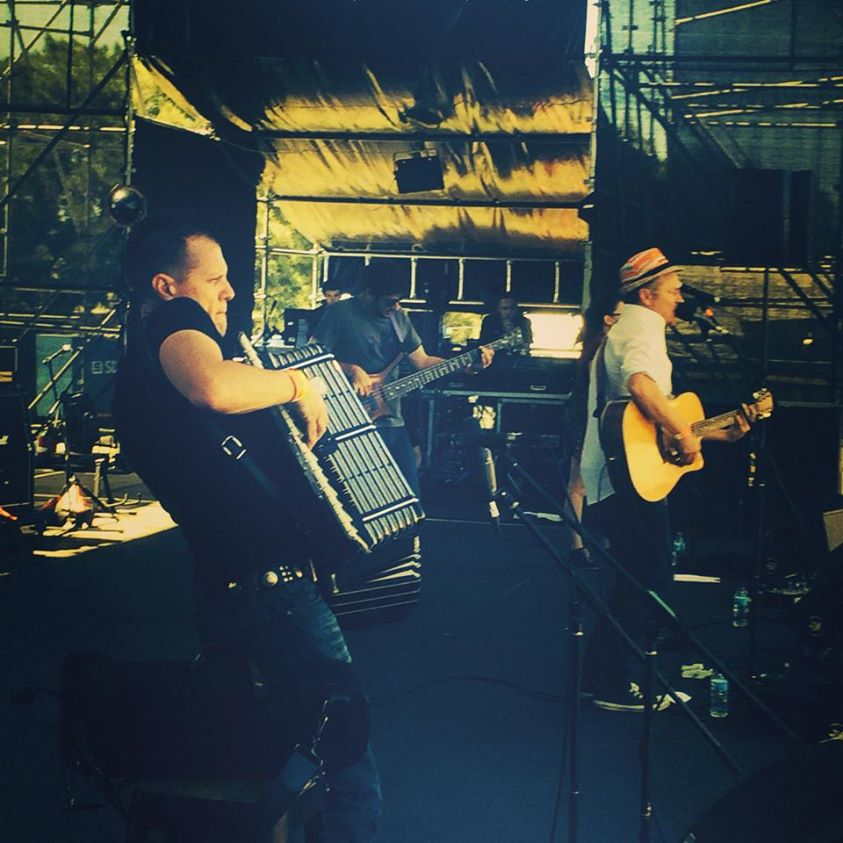 Nick Turner (guitar & vocals), Schalk Joubert (bass and vocals) and Ash Reed (drums) are all ex-Sons Of Trout alumni, a Cape Town band that was one of my favourites back in those Wingerdstok glory days.

His solo material encompasses songs from Sons, Mikanic (his band with Sons violinist Mike Rennie) and things he’s written since returning to SA from Brooklyn (including a hilarious number about how he came to make it back here in the first place after years oversees). 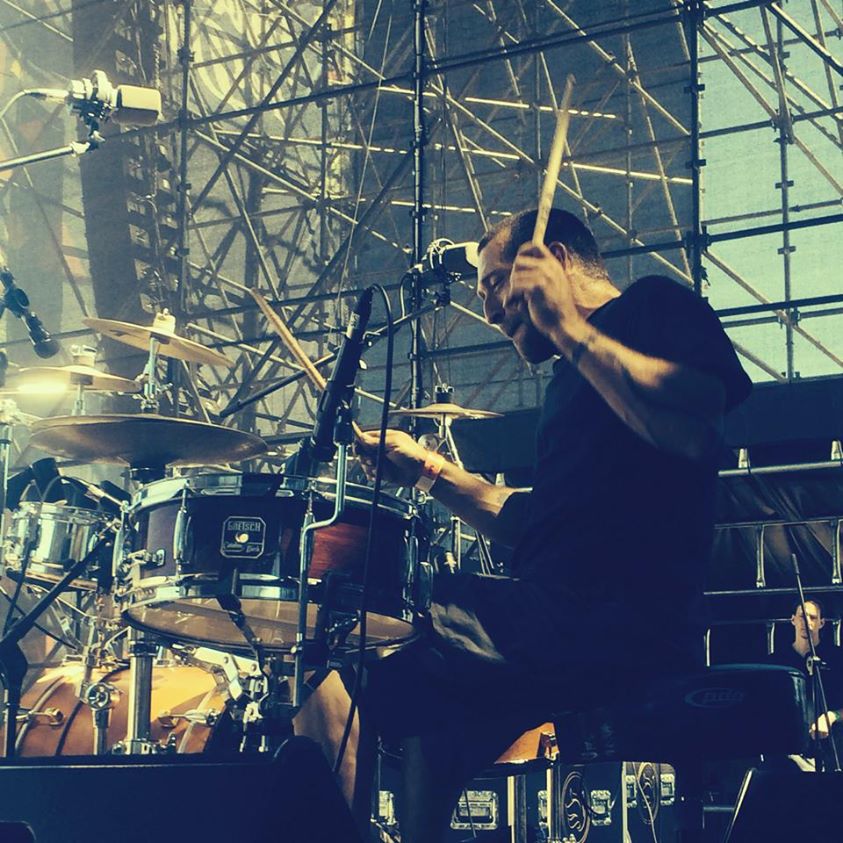 Add to all this Luna Paige (also a formidable artist in her on right) on vocals and Adriaan Brand (of Springbok Nude Girls among others) on accordion and trumpet. Nick and Adriaan have collaborated before for music projects at Soms Delta, including the Bamboesbos album. 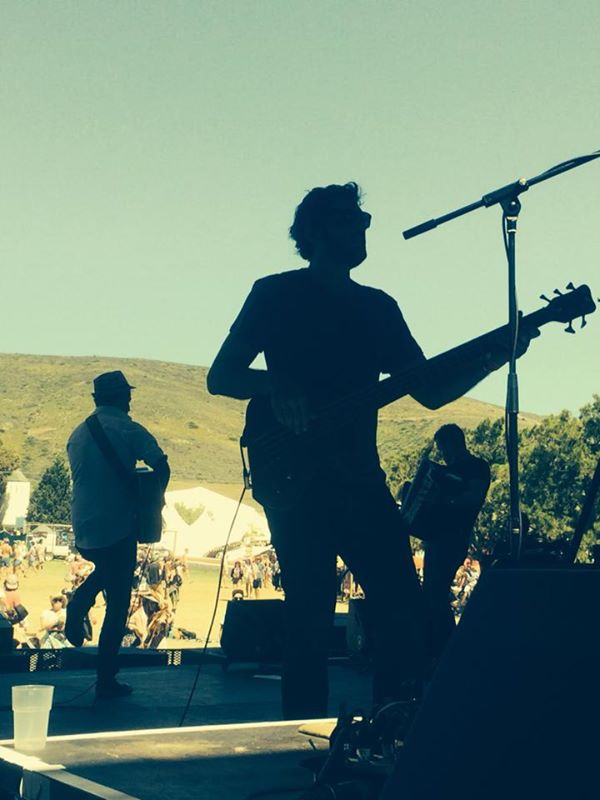 They put on a very good set on the scorching Saturday morning, while the crowd struggled to fit into the one little slit of shade that was on offer. I have said before that they could do with more audience shading at the main stage and will have to admit that is still the case. The above photo pretty much puts says it all really.

What a fantastic band though. An upbeat blend of genres all encompassed in an African atmosphere that is hard to resist. If you see these guys around, make the effort. You will not regret it.

They tried out a new system of ID verification for tickets this year, and I had a more smooth experience with that than I was anticipating. Some people I spoke to had issues with it though, especially those tickets that had been transferred quite late. 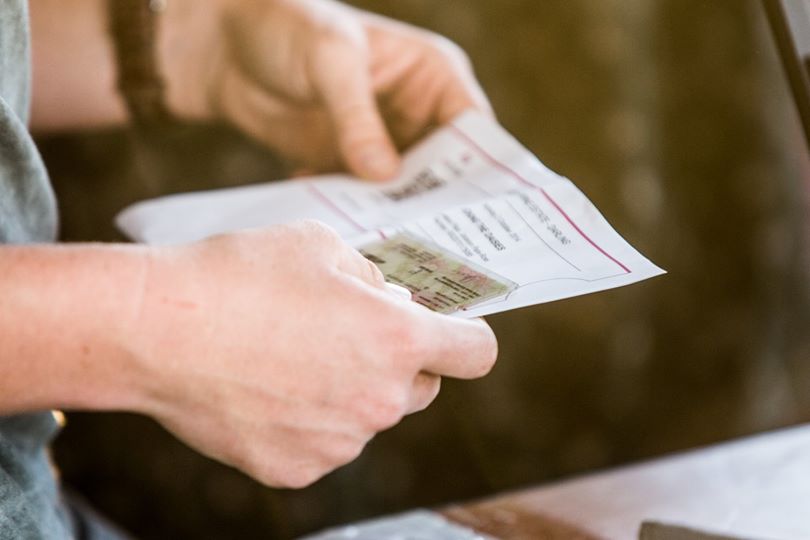 There was another record number there this year – 20 000 people. You could really tell at areas like the dam, which was densely populated most days from morning til sundown. And what a great dam it is indeed! Always ready to caress you back to icy goodness after taking a constant hammering from the sun. 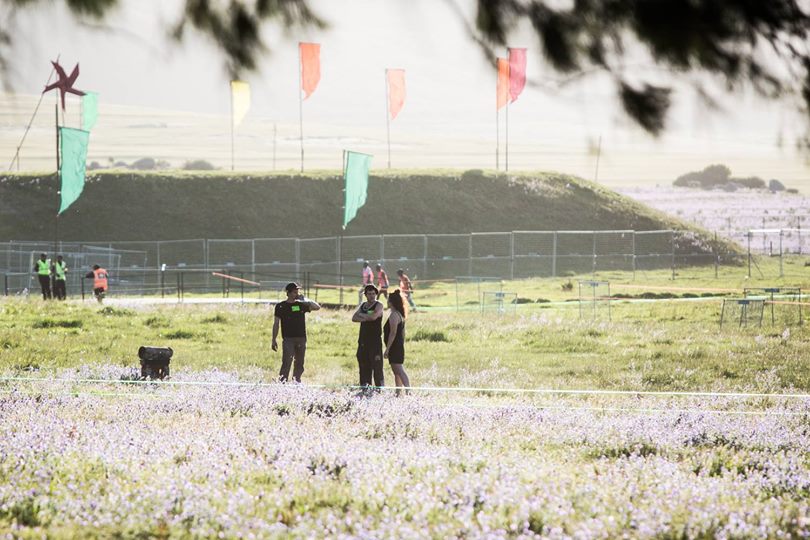 The layout was also quite different this year. The whole thing shifted a little more towards the dam, which absolutely does make sense. And the food court was there in all its glory once again, with scrumptious treats from all over waiting to bring you back to life. 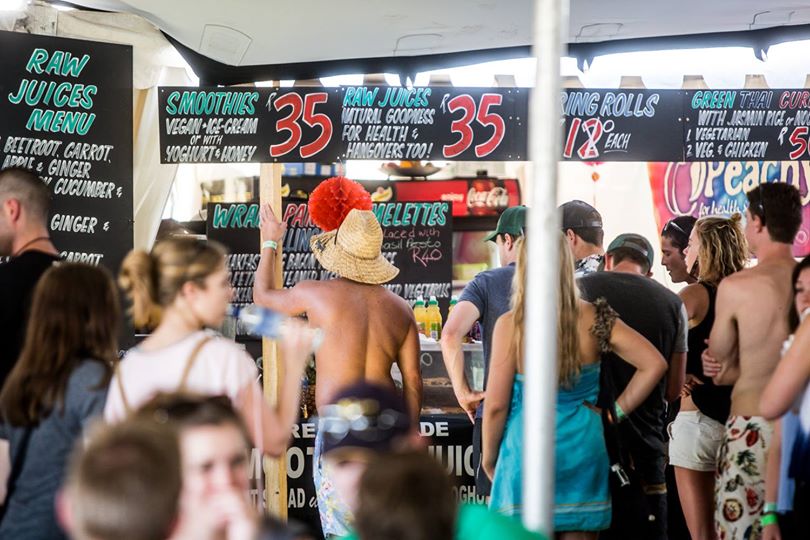 I found myself not spending much time in the comedy tent this year as it was so hot in there (maybe an idea would be to put misters up in there next year?). The comedians were fantastic as usual though according to those I’ve spoken to.

All in all, I had another once-in-a-lifetime experience. I made some great new friends (as I almost always do at the Daisies), got saturated with great original new music and saw some bands I’ve loved for years. I could not have asked for more. 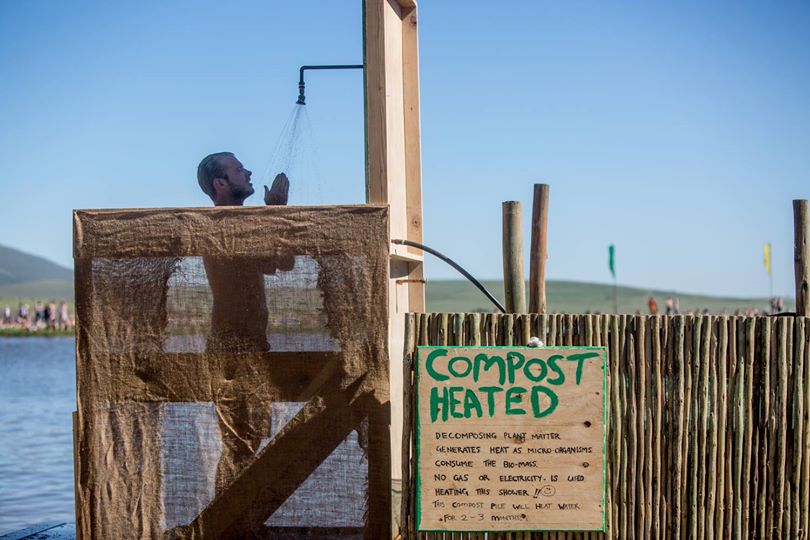 I want to end this review by saying I noticed somewhere on the RTD Facebook page a request was made for Arctic Monkeys to be next year’s big act. I’d like to just say I agree that that would be awesome if at all possible.

Well done for putting on another great fest! Be sure to check out more photos here.