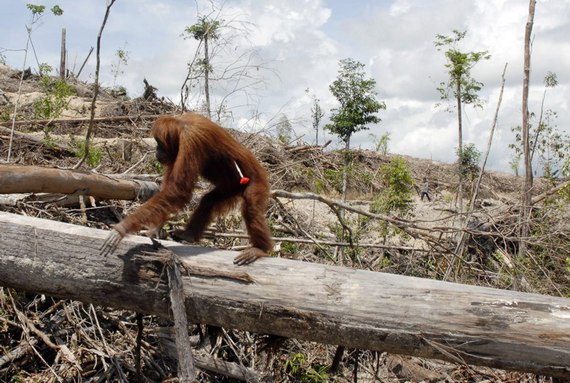 “This policy covers one of the biggest palm oil buyers in the Nordic countries and is the first to cover a major brand originating in India. People power is driving enormous change in the industry. This means there is now no place to hide for companies like Procter and Gamble, or local Indian brands like Godrej, which are failing to act on forest destruction,” said Erika Bjureby, head of the forest campaign at Greenpeace Nordic.

Orkla’s policy recognises the need to go beyond the Roundtable on Sustainable Palm Oil (RSPO) rule and criteria in order to break the company’s links to forest destruction. It includes full traceability down to plantation level by next year and commits it to not buy any palm oil from forest or peatland destruction by 2017. It also commits its suppliers to protect the rights of workers and local communities.

Orkla acquired MTR (Mavalli Tiffin Room) Foods in 2007. MTR is well known in India for its spices, ready to eat meals, desserts and snacks. Orkla’s policy adds to the growing momentum towards responsible palm oil sourcing among consumer companies such as Unilever, Nestlé, Mars and Ferrero, as well as producers GAR and Wilmar plus the companies in the Palm Oil Innovation Group.

“In order to achieve so-called ‘sustainable sourcing of palm oil’, Procter and Gamble is relying on a certification scheme that has failed to prevent rainforest destruction. It’s time for P&G to follow the lead set by its competition, like L’Oréal, Nestlé, Unilever and now, Orkla, by committing to No Deforestation,” said Areeba Hamid, forest campaigner at Greenpeace International.

“Emerging markets such as India are the new frontier for responsible palm oil and the key to achieving responsible sourcing of the commodity. Consumers here, just as anywhere else, must be guaranteed their products are free from deforestation.”

Over the last eight months, Greenpeace has been confronting P&G on how it is exposing its consumers to forest destruction, during which time the company has failed to take any adequate action. Prominent RSPO members, such as Musim Mas and KLK, both suppliers to P&G, continue to clear forests.

Indonesia’s forests are disappearing at a rate of more than nine Olympic swimming pools per minute, with palm oil being the biggest driver of forest destruction. Through a global campaign launched in February, Greenpeace is demanding Procter & Gamble to end its role in forest destruction.