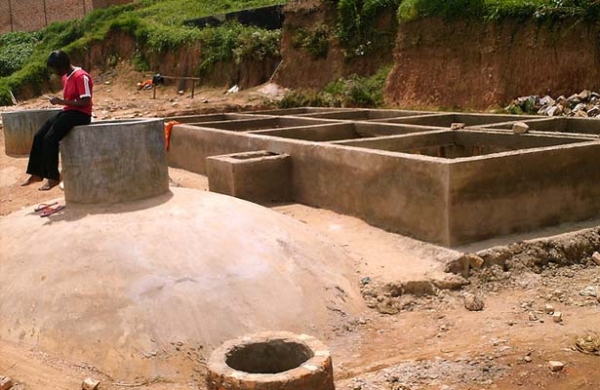 Officials at Rwanda’s prisons were looking for a way to reduce energy costs, save money and cut down on their conventional energy source: burning firewood harvested from local forests. Their sustainable solution? Recycling the inmates’ own waste to generate energy.

The country’s 14 jails have all installed biogas burners, which are 75 percent powered by prisoner poo, the BBC reports.

Nsinda Prison, 25 miles east of the capital Kigali, uses biogas for 75 percent of its energy needs and has achieved an 85 percent reduction in energy costs since switching to biogas.

Because the prisoners’ diet isn’t rich enough to produce premium biogas on its own, the human waste from the jail’s 24 toilets is mixed with water and cow dung from the prison’s farm.

Nsinda Prison’s 8,000 inmates, most of whom were convicted due to their involvement with Rwanda’s 1994 genocide, play a role in constructing and maintaining the biogas system: Prisoners who were former engineers helped the Kigali Institute of Science and Technology build the biogas plant, and other inmates regularly check the digesters for leaks and defects.

The biogas plant not only reduces energy costs and finds a new use for waste, but it also improves air quality, as demonstrated in Nsinda’s two kitchens, one of which runs on firewood; the other, on biogas. Cooking on wood-burning stoves exposes inmates to an eye- and throat-burning smoke, while the biogas kitchen remains odor- and smoke-free.