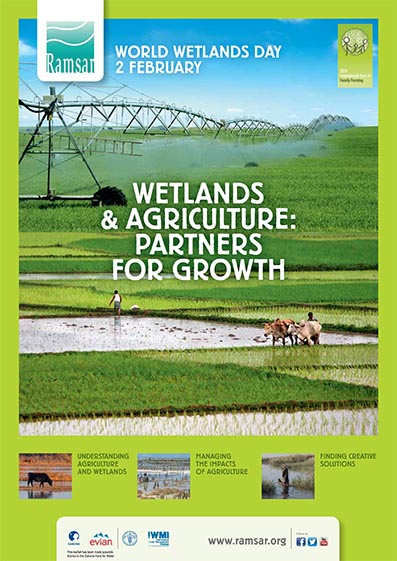 World Wetlands Day on 2 February marks the adoption of the Convention on Wetlands on 2 February 1971, in Ramsar, Iran. The aim of the convention is to protect the World’s highly sensitive and declining natural wetlands and to raise awareness of the importance and value of wetlands to people around the globe.

The Convention has been signed by almost all national governments around-the-world, with South Africa becoming a signatory in December 1975.

The country currently has 21 designated wetlands of international importance across the country covering over 554 136 hectares in size and ranging from the Prince Edward Islands to St Lucia, Kosi Bay, Langebaan, Nylsvlei and the Natal Drakensberg Park.

“However, the country has numerous other less well-known local sites that tend to be overlooked or appreciated and efforts need to be taken to raise the profile of all wetlands in an effort to protect this valuable element of South Africa’s biodiversity” says Greg McManus, managing director of the Heritage Environmental Management Company.

With the importance of tourism as an economic driver in South Africa – and the potential negative effects of tourism on these internationally recognised areas, the tourism sector is often best placed to assist in the development of these fragile environments.

SBS International and the Heritage Environmental Management Company have urged the industry to become more involved in efforts to protect and raise awareness of threats faced by wetlands and the important role wetlands play in biodiversity and the protection of species.

“The environment and our unique tourism offerings attract a growing number of tourists annually to the country, and with this comes a greater responsibility by the tourism sector to play an active role in protecting the country’s fragile wetlands. We can best do this by raising awareness of the sites with visitors and locals alike,” he adds. 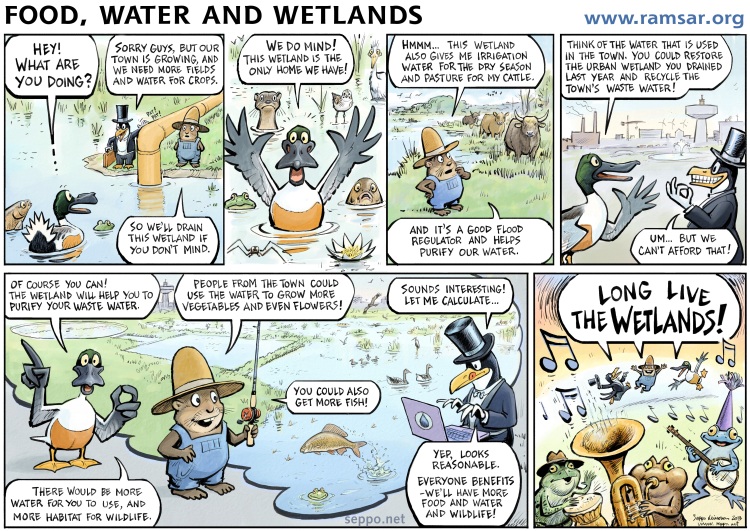 A natural attraction to water

People are naturally attracted to water, to coastal wetlands such as coral reefs and beaches, and to inland wetlands such as lakes and rivers, reflecting the strong bond between people and nature as well as the unique aesthetic appeal of wetlands.

“Hotel and resort development and tourism activities in and around sites such as wetlands pose additional challenges to the sustainable and responsible use of wetlands, and increased impacts associated with human interaction, traverse patterns and activities associated with tourism need to be fully understood,” says Neal Dickinson, director of operations at Heritage.

As part of their efforts to raise awareness of tourism-based impacts, Heritage works closely with its certified members and others in the tourism and hospitality sector to ensure the highest possible awareness of issues such as wetland protection and has challenged the hotel and resort industry to get involved in the protection and sustainable use of their closest wetlands.

“While there are internationally recognised sites across the country, we need to be aware of the impacts being felt on wetlands closer to home,” adds Dickinson.

Often, local, less significant but equally sensitive areas are overlooked by local authorities, development agencies and even developers of tourism-based businesses, and Heritage is working closely with all interested parties to ensure higher awareness of the impacts that unplanned and poorly executed developments take place.

“Development of tourist facilities in sensitive areas takes place as a result of a lack of understanding of the role wetlands play in the biodiversity we have, and by raising issues related to the protection of wetlands, we hope developers and the tourism sector will play a more prominent role in their protection” says McManus.

This year’s theme: Wetlands and Agriculture

The theme for World Wetlands Day 2014 is “Wetlands and Agriculture: Partners for Growth” in recognition of the sensitive balance between preservation and agricultural development taking place globally.

The events this year will focus on the need for the wetland and agricultural sectors (and the water sector too of course) to work together for the best shared outcomes and follows the declaration of 2014 as the International Year of Family Farming by the United Nations.

The tourism sector can influence the role played by small-scale farmers in the protection of wetlands.

Dickinson calls on hoteliers, resort operators and others in the tourism sector to join Heritage in recognising World Wetlands Day on Sunday, 2 February by becoming involved in any number of initiatives associated with designated sites across the country.

Raising awareness of their closest site with visitors and guests and organising awareness visits and activities is being encouraged as part of this global event.