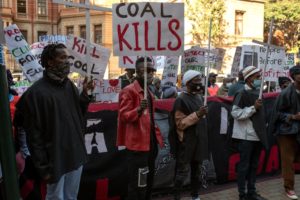 A new report by community psychology expert, Dr Garret Barnwell, shows that climate change harms are already negatively impacting our mental well-being and these effects will only accelerate in the future, placing today’s youth and future generations in harm’s way.

The findings of the report, commissioned by the Centre for Environmental Rights (CER) for the African Climate Alliance, groundWork and the Vukani Environmental Movement in Action, are clear: climate change poses a severe threat to the mental health and well-being of present and future generations – and people living in South Africa are particularly vulnerable to these effects.

“It is extraordinarily difficult for the majority of South Africans to adapt to the advancing climate shocks, such as climate change-exacerbated disasters, water insecurity and economic losses. The same social conditions that make individuals and communities more vulnerable to climate change, are the same that put people at higher risk of mental illness and psychological adversities,” Barnwell explains.

Government’s plan to procure 1500 MW of new coal-powered electricity generation risks exacerbating the immediate and long-term effects of climate change in South Africa, through increasing greenhouse gas emissions. In the report Barnwell describes the harms of these climate effects, stating that, “Numerous studies that have been cited show that greenhouse gas-emitting energy sources have detrimental physical, mental, and neurocognitive consequences.”

Barnwell, an independent practice clinical psychologist with more than 10 years of experience in the international medical humanitarian sector, also describes in the report how people experience climate change through a range of traumatic and stressful events, or climate change exposures. These can include natural disasters, water insecurity, food insecurity and air pollution. 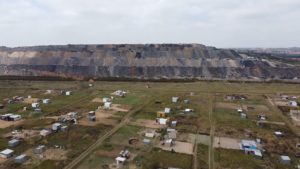 Barnwell goes on to explain that climate change exposures can be experienced directly or vicariously through witnessing others suffer, and that climate disruptions can also be experienced on the level of community as a loss of people’s sense of place: “Studies have shown that the climate disruptions are also threatening communities’ intergenerational identity processes as land is lost, communities’ social cohesion is fractured as land is not arable, and sacred natural sites are threatened by ecological degradation.”

Children and future generations are particularly vulnerable. Affected children are likely to have extra challenges at school as their concentration is impaired and they are emotionally overwhelmed by the impacts of the climate crisis and fears for their futures. Children can turn these feelings inwards and experience profound sadness, loss, helplessness or hopelessness, or they can turn these feelings outwards in destructive ways. Barnwell notes, “It is not only the negative experiences that children and individuals have, but what these experiences can take away. Hope, happiness, a sense of self-worth and trust in the world can be challenged and dulled.”

Gabriel Klaasen, a socio-economic activist at the African Climate Alliance, believes that government must be held to account today to ensure that young people can enjoy a future free of social and environmental injustice: “Climate change, environmental breakdown, physical and mental health and economic impacts – these are all things that have been affected by reliance on fossil fuels. We need to move away from coal, and avoid gas, because we deserve a future that is protected and secure, not only for us but for generations to come.” 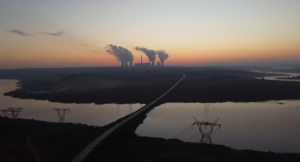 “In 2014, the Department of Health finalised the National Climate Change and Health Adaptation Plan 2014 – 2019. The aim of the plan was to provide a broad framework for health sector action toward adaptation to climate change. This plan expired in 2019. The next plan has been in the process of being finalised since December 2020. Currently there is little information available on the implementation of the Adaptation plan of 2014-2019 and plans for the next five years. In addition, only R1 900 000 had been budgeted for implementation of the Adaptation plan for that period,” says SECTION27 legal researcher, Mbalenhle Baduza.

According to Barnwell: “The government’s choice to not adequately avert the mental health impacts of climate change contribute to the psychological experience of institutional betrayal and secondary trauma for current and future generations. Climate change has profound adverse mental health implications for those living in South Africa.”

The report, titled The Psychological and Mental Health Consequences of Climate Change in South Africa, is the second in a series of expert analyses of the consequences of new coal-powered electricity generation in South Africa, commissioned by CER in support of the #CancelCoal campaign. The first report, by air pollution expert Dr Ranajit Sahu, confirmed that South Africa’s proposed 1500 MW of new coal-powered electricity generation will cause significant air pollution and greenhouse gas emissions, even if the cleanest technology currently available is used.

The Centre for Environmental Rights is a non-profit organisation and law clinic based in Cape Town, South Africa. As a group of activist lawyers, the CER helps communities and civil society organisations in South Africa to realise our Constitutional right to a healthy environment by advocating and litigating for environmental justice.