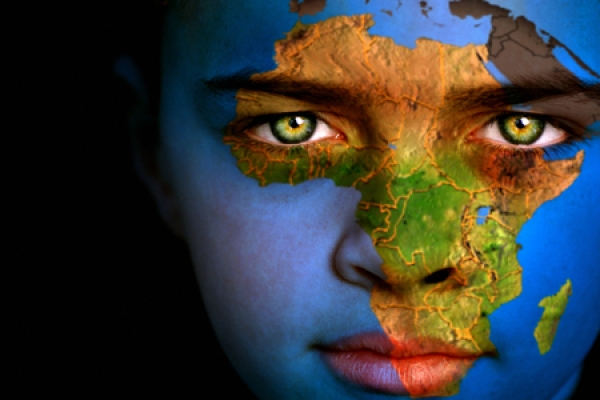 As the first week of negotiations at the so-called “African COP 17” drew to an end and the final week begins, it is perhaps a poignant time to ask: What could possibly be meant by calling COP 17 “an African” COP?

It’s becoming clearer as the negotiations draw on that Africa can play an important role in pushing the negotiations forward, and that many of their proposals can help develop a stronger global response to climate change. But will Africa’s weaker politico-economic position in relation to developed countries and major emerging economies, as well as South Africa’s neutered position as chair prevent them from ensuring that their proposals make real headway within the negotiations? In the end, how African will this COP really be?

South Africa’s government has been complimented numerous times by delegates within the negotiating halls, for hosting a great COP 17. Those compliments, however, seem to be directed towards the touristic aspects of the conference. Indeed, South Africa and Durban have done well to paint a picturesque and greener tableau, accompanied with reproduced South African cultural productions. The painting of course has lots of cracks, with homeless people conspicuous in their absence but existing in the spaces outside of the strictly controlled ICC area, as well as greenwashing aplenty, such as 600 government-bought bicycles for rent on roads that some of the most suicidal of riders wouldn’t attempt and a slew of last-minute green policies and accords.

An “African” COP for tourists

An “African” COP for tourists, however, is not what I, or 1000’s of people who rallied in Durban yesterday to express their dismay at the progress of the negotiations, have in mind, even if the 15,000 delegates that have arrived in Durban have provided a local economic stimulus (this needs to be weighed against the R350 million that was spent on the conference). As COSATU Secretary General Zwelinzami Vavi said when addressing yesterday’s rally, “COP 17 [is] not about tourism…[but rather] about saving our planet from polluters.”

Inside the negotiating halls there is a more meaningful conception of an African COP 17 that might emerge. An African COP, which sees the African Group pushing for a meaningful response to climate change and hopefully securing a better future for all. Indeed the Africa Group’s policy on numerous tracks of the COP 17 negotiations is laudable. South Africa, however, has remained relatively neutral within the negotiations, preferring mostly to speak through its political blocs rather than independently. As host and chair of the negotiations they are playing what many perceive to be a necessarily neutral role, but perhaps it is time to use the leverage that their position can afford them to push forward some of the Africa group’s more progressive positions, as well as some of its own. So let’s have a look at what a truly African COP, which takes into account the African position, might look like.

Come back to Kyoto

Canada, Japan and the US (of course) all want to stay clear of KP2C and this would substantially weaken the protocol. South Africa in one of its more outspoken moments of this COP during a press briefing (which I snuck into) urged Canada to “come back to Kyoto”. (At the same press briefing, however, South African Environmental Minister Edna Molewa defended South Africa’s coal power expansion plans, saying they weren’t the coal stations of the 50’s or 60’s and their technologies (carbon capture and storage and cleaner coal burning) were much cleaner– a weak defense indeed, especially according to MIT reports.) Nonetheless, although it’s unlikely, let’s hope that Canada and others come back to Kyoto.

According to China’s Minister Xie Xuren, China will agree to take on binding emission if the following five criteria are met, one of which is the commitment of the EU and others to a ratifiable KPC2. So it seems we are stuck in catch 22. The EU will only join the KP2C if it is assured that the LCA will follow through, but this can only happen if the US partakes, which will only happen if China (and other BASIC countries) take on legally binding commitments under KP2C and the LCA. China, however, will only take on legally binding commitments if the EU has signed on to the KP2C. We’ve hit a stalemate and something’s got to give if we are to progress. Someone (or everyone) has to take a leap of faith of sorts, and South Africa as chair and given its role within BASIC needs to try push them off the cliff, so to speak.

In the name of climate justice

South Africa has already taken on legally binding commitments, even if their targets are less than their fair global share under the principle of common but differentiated responsibilities (one of the core principles of the UNFCCC). This puts them in a great negotiating position to try to get other BASIC countries to do the same. Thus in the name of climate justice it seems that South Africa can and should pressure other BASIC’s to join them in taking on legally binding, realizing that this will strengthen KP2C and the global response to climate change, iff SA can get other countries to make meaningful and ambitious reduction targets, especially given the increased rates of emissions coming from the BASIC bloc. India, however, is resisting and perhaps needs to be pressured into taking on legally binding commitments, for they can potentially foul progress on KP2C.

I would argue that South Africa both as chair and a negotiating team, needs to stop taking a neutral stance and pressure other countries more to take on legally binding commitments under KP2C. It might be worth considering that there is no real neutral position within the UNFCCC space or really at all, you are either for the status quo or against it, there’s no middle ground, and if SA wants to illustrate that it is not for the status quo, which will plunge us into climate disaster, and wants a meaningful KP2C it cannot remain politically stagnant in the name of perceived neutrality. It can do this by strongly pushing the African Agenda, and by ensuring that the US, China and India the world’s three biggest emitters are locked into the LCA, and that China and India agree to take on legally binding commitments under KP2C and the LCA.

The Kyoto Protocol, however, is only as strong as its supporting structures, such as LULUCF (Land Use, Land Use Change and Forestry) and REDD+ (Reducing Emissions from Deforestation and Forest Degradation), and the Africa Group is also pushing forward policies that would shore up the loopholes within both and thus promote better environmental integrity under the Kyoto Protocol (KP). Africa’s proposal for LULUCF, a crucial building block for KP’s integrity, provides a route towards more environmental integrity and closes some of its loophole. Given that current LULUCF loopholes in forest management would allow developed countries to increase their emissions by up to 6 gigatonnes by 2020 this is an incredibly important development. The proposal, aims among other things, to lower the free carbon credits that countries get from managing their forests. However, Annex 1 countries (i.e. developed countries who agreed to emission reduction commitments) are not so keen on the African group’s proposal and much work will need to be done to come up to secure further compromise.

Africa has also put forward another important proposal to strengthen KP2C, which regards the assigned amount units of carbon emissions (AAUs) under the first commitment period of the Kyoto Protocol (KP1C). Under KP1C countries were required to make emission cuts, many of which were insufficient to represent their fair share of emissions reductions, as the Kyoto Protocol is not ambitious enough to keep global warming below 2 degrees Celsius. Some countries were able to reach their Kyoto targets and thus have surplus AAUs, but received them even though they were still emitting more than their fair share – this is the so-called issue of hot air. The African Group has put forward a progressive but controversial proposal that says that only 1% of such hot air should carry over from the first commitment period, and that parties can sell the AAUs but must put 50% of the revenue towards adaptation. By closing this loophole we could prevent 8-11 gigatonnes of emissions by 2020. The African proposal only goes part the way there, but it is an important starting point.

Perhaps because Africa has so much to lose from a bad deal at COP 17, it is able to see the forest from the trees – 80% of its food, after all, is produced by subsistence farming women who along with their dependents will be severely impacted by climate change, as COP President Nkoana-Mashabane pointed out in a high-level meeting with UNFCCC accredited youth last Thursday. Whatever is behind Africa’s stronger proposals, it’s clear that they can help guide us to a better climate future. Thus let us hope that developed and major developing countries do not hijack this year’s African COP and block progress – that is not to say that Africa’s position is perfect in all cases but it’s certainly much better than a lot of the options on the table. Let’s hope furthermore, as week two of COP 17 negotiations begin tomorrow, that South Africa will use its pivotal position to turn this COP into a truly African COP, not one that we will look back on as the alter where South Africa and the global community sacrificed the future in the name of short-sighted politics and polluters.

Alex Lenferna is the lead tracker of the South African Government during COP 17 under Adopt A Negotiator, as well as chairperson of the South East African Climate Consortium Student Forum.