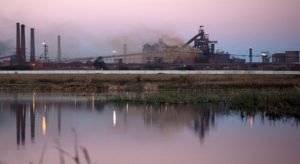 The Centre for Environmental Rights (CER) has challenged a decision by the Department of Environment, Forestry and Fisheries (DEFF) to refuse access to crucial climate change data for several of South Africa’s largest greenhouse gas (GHG) emitters.

The data to which DEFF refused the CER access include key (GHG) emission data and emissions reductions plans for heavy polluters like Eskom, Sasol, ArcelorMittal, Exxaro, Glencore and Anglo American.

The challenge brought by CER is an appeal against DEFF’s decision under the Promotion of Access to Information Act, 2000 (PAIA) and was lodged in December 2019. The appeal must be decided by the Minister of Environment, Forestry and Fisheries, Barbara Creecy.

In February 2019, the CER used PAIA to request access from DEFF to 16 companies’ GHG emission reports.

Although DEFF made the records available, it blacked out the companies’ production and usage rates – crucial information for verification of GHG emissions stated in the reports. It also redacted the anticipated emission reductions from all the companies’ pollution prevention plans.

In relation to the reports intended to demonstrate whether companies are making progress in meeting their intended emission reductions, DEFF withheld the actual and intended GHG emission reductions for certain years for major polluters Sasol, Eskom and ArcelorMittal.

The Department takes the position that the redacted information is commercially confidential and, if made public, would harm companies’ commercial and competitive interests. The CER’s appeal strongly disputes this.

“Knowing exactly what GHGs South Africa’s large polluters emit and how they plan to reduce their emissions – or not – are of fundamental public interest. Having this data in the public domain enables public and scientific scrutiny, and empowers affected people to exercise their rights to appeal to their elected representatives to take action to protect their rights and interests. This is also directly relevant to the country’s exposure and contribution to the impacts of climate change, said Nicole Loser, attorney at the CER.

“The Department’s decision to withhold information to protect the commercial interests and reputation of the emitters violates Constitutional rights,” says Loser.

Now more than ever, Minister Barbara Creecy must act decisively and grant access to companies’ GHG emissions information and compliance audit reports in order to demonstrate her commitment to securing a safe and livable environment for all South Africans.