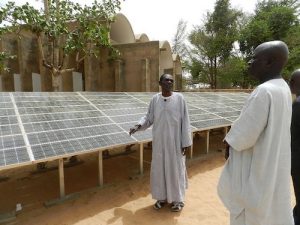 South Africa and Kenya are some of the African countries that currently are at various levels of implementing local content regulations on renewable energy projects. An expert has called for a review of the approach used in enforcing the new laws, which would ensure more utilization of local labor and manufactured products.

He said “overly prescriptive localization, when the country is ill prepared, only creates frustration and significant ramp up in costs.”

Venter, who is now a freelance consultant for the same company, said countries with low level growth of renewable energy skills and infrastructure require “managed growth of and policy consistency for the renewable energy industry.”

He said a tiered approach to implementation of local content, such as that of South Africa’s Renewable Energy Independent Power Producer Procurement Program, is what countries in Africa need to effectively develop their renewable energy sector. The program started off with 35 percent in 2011 and targets 60 percent before 2030.

However, Venter said even in South Africa, the implementation of the requirement faces challenges because the manufacturers of renewable energy products “need sustained demand to rationalize investment in plant and machinery,” yet the demand is not assured beyond each of the the program’s bid windows that have been held since 2011. Under the program, South Africa hopes to generate 6,725 MW of renewable energy. The plan has already attracted more than $10 billion in foreign investment in the completed four bid windows for the generation of at least 4,000 MW of new renewable electricity generation capacity from projects now completed or at various levels of development.

“The erratic nature of the South Africa market has led to very little new infrastructure being implemented, especially from the perspective of mounting structure manufacturing,” he said, adding “this is simply because the market is too volatile and there are not guarantees beyond each [program] round.”

Kenia strategy for training and succession

In East Africa, Kenya has, despite its lack of a supportive energy sector-related industrial base, taken the lead in drafting new regulations on local content in renewable energy projects that require project contractors “to have a local content plan, which details the project sponsors’ strategy for training and succession, employment, technology transfer, research and development and insurance, financial and legal services.”

Kenya energy sector regulator, the Energy Regulatory Commission (ERC), has in the draft Local Content Regulations 2014 sought to increase the percentage of local manpower and manufactured products in the still infant renewable energy sector. ERC has defined local content as “the use of Kenyan local expertise, goods and services, people, business and financing before the systematic development of national capacity and capabilities for the enhancement of the Kenyan economy.”

According to Venter, whatever level of implementation of the local content policy in any African country, it is crucial to undertake “a thorough assessment of the local content at the initial stage to gauge where the greatest opportunities for sustained economic growth sit.”

He added: “It makes little sense concentrating energy and resources on the manufacture of silicon wafers in a country with no economies of scale or agglomeration.”

The recent decline in solar PV technology prices and the manufacturing glut experienced in the global wind turbines market has made the implementation of local content requirements a big challenge for foreign contractors, according to Venter.

“Blades for the wind turbines constitute 60 percent to 70 percent of the total facility (project), which makes local content figures of 60 percent (South Africa’s target) difficult at best,” he said.