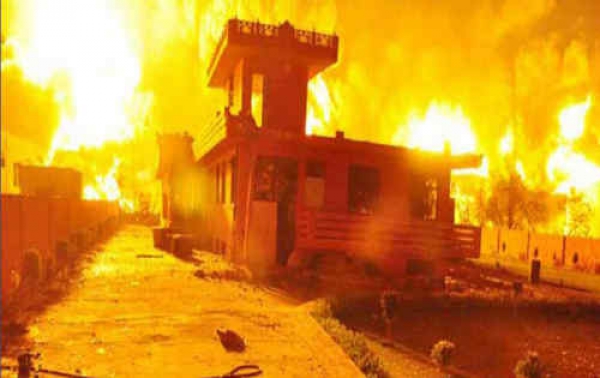 The City of Cape Town’s Fire and Rescue Services section appeals to the public to be on high alert at all times, especially around open flames or any other potential fire hazards. Firefighters responded to a number of incidents over the past weekend. Tragically, several of these incidents resulted in fatalities.

At 00:51 yesterday morning, 9 December 2013, three wood and iron structures and a vehicle were destroyed in a fire in Tarentaalplaas. Five people died as a result of burn wounds while two others sustained second degree burns.

In Parow, one structure was destroyed in a fire at approximately 01:00 on Sunday morning, 8 December 2013. One person died as a result of burn wounds.

An hour later, firefighters responded to a fire in RS Block, Pama Road, Khayelitsha. One structure was destroyed and two people died as a result of burn wounds.

On Saturday morning, 7 December 2013, just before 06:00, Fire and Rescue Services responded to a fire in Masiphumelele. Approximately 60 structures were destroyed, leaving more than 200 people displaced. Four people died as a result of the fire.

The causes of all of the fires is still under investigation, but it is suspected that overturned candles may have played a role in at least two of the incidents.

‘The City of Cape Town extends its condolences to the families of the victims. We would also like to use this opportunity to remind members of the public that they need to be vigilant when dealing with any potential fire hazards so that we can try and curb the number of fires in our city. The City has increased its operational capacity to deal with the increase in fires over the summer months, but we need the assistance of the public,’ said the City’s Mayoral Committee Member for Safety and Security, Alderman JP Smith.

Any fires should be reported to the City’s Public Emergency Communication Centre as soon as possible: dial 107 from a landline or 021 480 7700 from a cellphone.