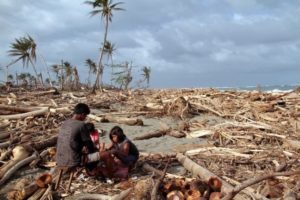 A father and his children collect coconuts among debris swept ashore at the height of Typhoon Bopha in Cateel in 2012. Image: Getty

Reversing the devastating effects of climate change will require a more coherent and orchestrated international regime, as well as cooperation between states and other stakeholders.

There seems to be growing scientific consensus that the increased number and intensity of climate change induced natural disasters, such as earthquakes, volcano eruptions, tsunamis and hurricanes, is of alarming concern.

Climate change has the potential to impose pressures on various aspects of human security, including water stress, land use and food security, health security and environmentally induced migration. Climate change damage may also significantly affect economic growth. Climate extremes exert substantial stress on low-income populations in particular, and the poor are most vulnerable to dimensions of climate change such as heat waves, sea level rise, the destruction of coastal zones and water shortages due to drought.

In 2011, Achim Steiner, Executive Director of the United Nations Environment Programme (UNEP), asserted that climate change is a “threat multiplier” that has fundamental implications for weather, settlements, infrastructure, food insecurity, livelihoods and development. Competition over scarce water and land, exacerbated by regional changes in climate, was already a key factor in local conflicts in Darfur, the Central African Republic, northern Kenya and Chad. More effective regulation may be needed to help prevent the aforementioned situations from worsening.

So far, however, there is no clearly defined term, nor a marked branch of the law, which would cover all legal implications of climate change. Subsuming climate change under any legal structure is a challenging task due to its endless ramifications and particularly due to its interdisciplinary nature and its impacts on various segments of our planet.

Efforts to curb climate change have given rise to the evolution of some new principles and concepts of international law, including among others the principle of common but differentiated responsibilities, the notion of common concern of humankind and the need for protection of the most vulnerable. Climate change permeates the law in many ways creating intersections of law in its diverse fields. If one brands a new discipline “climate change law”, this is both international and domestic in nature and includes (at least) two complementary dimensions: procedural and substantive.

Yet, it becomes clear that still several independent international legal regimes exist, which are in way or another relevant in the context of climate change. These international regimes largely rest on intergovernmental agreement. There are intersections between these regimes although they are fragmented. While there are some regimes dedicated exclusively to climate change (UNFCCC), others impact deeply on climate change, yet have a primary focus dealing with quite different subjects (human rights, humanitarian aspects, world trade, the oceans framework etc.).

An international regime dealing with climate change will have to go far beyond the capacity of governments and will need support from non-state actors as well, creating a multi-stakeholder regime. For local and national action to be effective in future, such a global regime must aim at cooperation and solidarity, be supportive and well designed.

In no area of law should the common interests of mankind be clearer than when addressing climate change and the challenges in the current age where we already know that the impacts of human activities will have and already have severe consequences for present and future generations.

With this in mind one should reasonably think that it is possible to identify and agree upon the necessary regulatory reforms in response to the changing climate and for the survival of mankind. 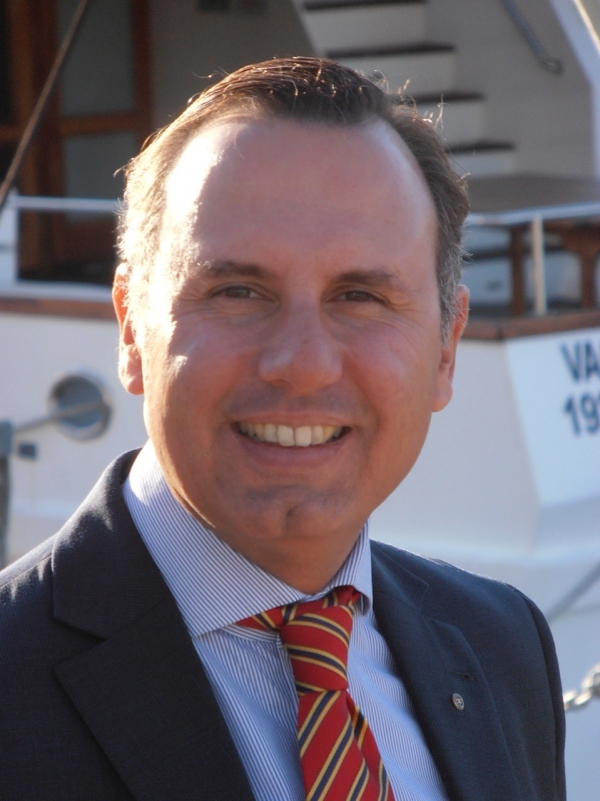 Oliver Ruppel is a Professor of Law in the Department of Mercantile Law at Stellenbosch University.