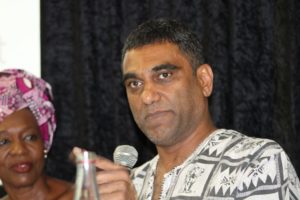 Disinvestments in fossil fuels amounting to 11 trillion dollars – eight times the global GDP – have been recorded in the last six months of this year, according to a report released this week.

According to the report, divestment “leapt from 52 billion dollars in 2014 to more than 11 trillion dollars today — a stunning increase of 22,000 percent”.

But the report noted that while campaigners have successfully managed to influence over 1,110 institutions to remove their money from oil, coal and gas companies, investments in green energy remain low. This is a concern environmental activists pushing for the financing of a fossil-free future where energy equality is the norm.

Ahmed Mokgopo, divestment campaigner for 350.org, says to avoid the catastrophic impacts of climate change we need to limit the global temperature rise to 1.5° Celsius. Divestment campaigns are calling on local people push their local institutions to stop investing in the fossil fuel sector and delegitimise it.

“It is less about the emissions and more about making sure that the companies become socially and morally delegitimised,” Mokgopo said, explaining their report notes that there is a decade left to cut down on carbon emissions and the world must act quickly.

“We are also demonstrating that the movement for divest away from fossil fuels has grown astronomically… that growth has happened so fast,” he said.