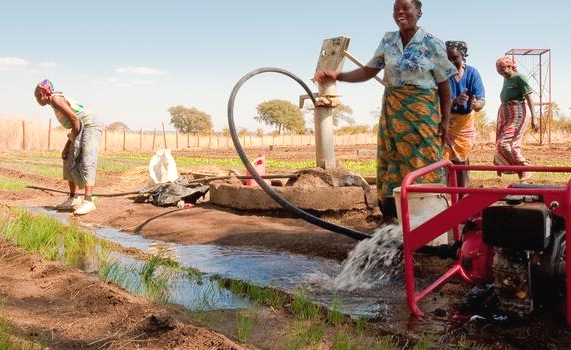 The inaugural Gender Water & Development Conference with the theme “The Untapped Connection” will take place In East London South Africa from 3-7 November 2014.

The African Ministers Council on Water (AMCOW), recognizing the significant issues pertaining to water and gender in the continent, have developed a gender and water strategy. This strategy has seven key themes that will also be addressed at the conference in a meaningful and practical way that will make a real difference to the lives of poor women and men in Africa:

The South African Cabinet at its meeting on 20 August 2014 gave the green light for the upcoming conference that will provide a platform to forge partnerships that will address the challenges faced by the sector. It will also address the roll-out of the African Ministers Council on Water Gender Strategy. While the conference agenda will be guided by the African Minister’s Council on Water (AMCOW) Gender Strategy, several opportunities exist to consolidate and build on the existing programme.

As the deadline for the Millennium Development Goals approaches, the conference will act as a barometer for assessing how the world has performed on Goal 3, while also considering how gender equality is being considered in the Post 2015 agenda.

As one of the primary hosts of the conference, the Department of Water Affairs has recently undergone a strategic change that will see its mandate being expanded to not only manage the country’s national water resources but to also include sanitation.

Incoming Minister for Water & Sanitation, Nomvula Mokonyane has expressed her commitment to meeting the basic needs of South Africa’s poorest people and has shown a genuine sensitivity for how women and children remain the most vulnerable citizens despite 20 years of democracy.

More than 320 delegates from 30 countries had registered to attend and the success of the conference is dependent on the diverse participation of stakeholders across cultures, sectors and traditional boundaries to ensure that we deliver outcomes that are truly representative and participatory.

East London, situated in the Eastern Cape Province of South Africa, is regarded as South Africa’s fifth largest economy, based largely around its proximity to the coast and deep port access. Historically the poorest province in the country and the birthplace of former President Nelson Mandela, the Eastern Cape represents some of the most pristine natural landscapes and ecotourism destinations boasting five river mouths and the opportunity to see the Big 7 from its national parks.

The Gender and Water conference aims to bring together a wide range of people from inside and outside the water sector to engage, debate and find solutions to these challenges, and through this to assist AMCOW, African countries and other developing nations to address the developmental challenges of gender, poverty and water.