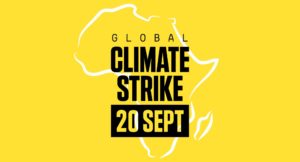 Are you ready to take to the streets on September 20th?

It’s time to stand with the kids!

We are calling on all youth and adults alike to join us in standing up for climate justice!

The fight for social justice and environmental justice are the same fight. We cannot solve any other social issue if we do not have a liveable planet with access to safe clean drinking water and food. We cannot do this alone. We need the government to do their part.

That is why, for the global climate strike, we want to get the government to deliver on our demands:

The local and national government have interacted with us and acknowledged our prior strikes but we have yet to see concrete action! This is an emergency.

The strike will be followed by a week of positive action from 21-27 September. During this time we encourage everyone and anyone to organise a local action within their community that is a positive action for the climate. This could be anything from beach and waterway clean-ups to ecosystem restoration, tree planting and recycled art workshops!

Let’s meet at the greens on the corner of Cambridge and Keizergracht streets in Zonnebloem at 12 noon then marching to City Hall.