Maties Walk for Water and Sanitation 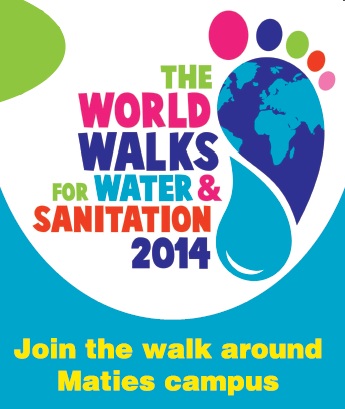 The Stellenbosch University Water Institute is a multi-disciplinary research enterprise that was set up in 2010 in response to the formidable and unprecedented challenges relating to water facing South Africa. The Institute functions across various faculties of Stellenbosch University, such as Science, Engineering and AgriSciences. It draws from the fundamental and goal-directed research undertaken by experienced scientists.