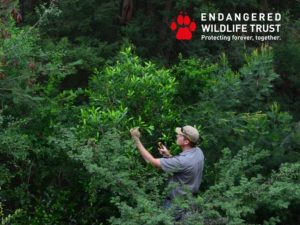 The Endangered Wildlife Trust (EWT) are embarking on a new project to save nature’s life-givers – trees.

The Pepper Bark Tree (Warburgia salutaris) is listed as Endangered, both globally and nationally, on the IUCN Red List. This is largely due to illegal and unsustainable harvesting of these trees for their bark, which is commonly used in traditional medicine, including many remedies that are used to treat influenza, diarrhoea, burns, and other ailments.

The EWT is excited to be embarking on an ambitious project that could change the fate of these trees. The project will initially focus on the western Soutpansberg, a region where the EWT is already engaged in critical conservation work through our Soutpansberg Protected Area, and a known priority area for the species.

The plan to save the Pepper Barks is threefold. The team will conduct strategic research to understand the geographic priorities, conservation needs and mitigation options for the conservation of the species; implement targeted habitat protection and restoration work in the Soutpansberg, including clearing of invasive species and the proclamation of 22,803 hectares of privately-owned land into Privately Protected Areas; and work with Traditional Health Practitioners (THPs) to conserve wild Pepper Barks. 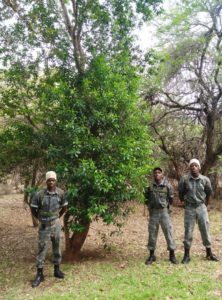 Traditional medicine remains a critical health care modality throughout southern Africa due to its cultural significance as well as limited access to western medical care in many parts of the sub-region. Once dismissed as mere superstition or witchcraft, many western health care professionals are increasingly acknowledging the role of THPs, particularly as the pharmacological properties of many plant species have now been validated scientifically.

Previous studies have shown that working with THPs, by providing them with seedlings to grow their own Pepper Bark Trees, has substantially reduced the impact of illegal harvesting in areas where this has taken place. Ensuring that those who depend on the tree for its medicinal properties have access to a legal source is crucial to conserving this species.

Dr Ian Little, EWT Senior Manager: Habitats, says, “The EWT is excited to be undertaking this new project, which promises not only to conserve the Endangered Pepper Bark Tree, but will allow us to work hand in hand with the community to do so. What’s more, the proclamation of additional land and restoring of habitats where Pepper Barks are found will also protect tree, shrub, reptile and bird species in the Soutpansberg, a priority water catchment and critical biodiversity area, and endemic species hotspot.”alue