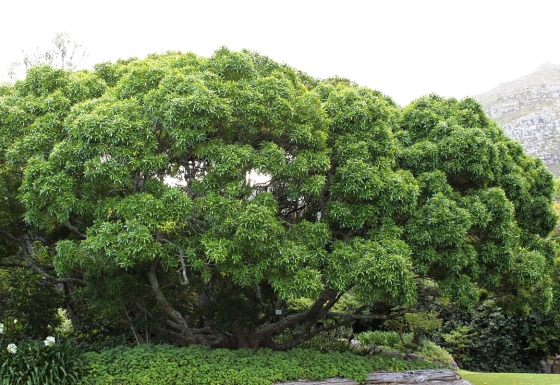 From 1 to 7 September every year, schools, businesses and organizations are encouraged to participate in community “greening” events to improve the health and beauty of the local environment and propose a green future for South Africa.

Events are held around the country highlighting the benefits of planting and conserving trees to offset carbon emissions and for greening to improve the quality of life and uplift the environment. The youth are encouraged to participate in tree planting activities and related environmental education programmes.

Planting trees and greening human settlements takes place in communities. It is therefore important for the public to join hands with partners in local government and community-based organisations

Greening in the South African context takes place in towns, townships and informal settlements specifically because in the past the latter mentioned areas were disadvantaged in terms of planning for parks as well as tree planting in streets and open spaces.

The Department of Agriculture, Forestry and Fisheries (DAFF) is responsible for The National Arbor Month campaign as this department is the custodian of forestry in South Africa. The aim of Arbor Month is to promote and create a better life for all.

Every Arbor Week celebration highlights two or three specific trees, one common and one rare species.

In 2014 the trees being highlighted are:

The importance of trees

Arbor Day originated in Nebraksa in the United States of America in the 1870s. The pioneers missed the forests from their homelands, and on 4 January 1872, J.Sterling Morton, a journalist, proposed a tree-planting holiday to be called “Arbor Day” at a meeting of the State Board of Agriculture. The date was set for 10 April 1872. It was estimated that more than one million trees were planted in Nebraska on the first Arbor Day.

During the 1870s, other states passed legislation to observe Arbor Day.

Arbor Day has now spread beyond the United States and many countries observe the day.

Historically, South Africa has not had a culture of tree planting and it was not until the 1970s that a real need to promote tree planting was recognised. The concept of a National Arbor Day ensued from 1973 Green Heritage Campaign. Following requests from various bodies, the then Department of Forestry obtained approval in 1982 to establish National Arbor Day that has been in place countrywide since 1983.

The event captured the imagination of people who recognized the need for raising awareness of the value of trees in our society. As sources of building material, food, medicine, and simple scenic beauty, trees play a vital role in the health and well-being of our communities. Collective enthusiasm for the importance of this issue in South Africa inspired the national government, in 1999, to extend the celebration of Arbor Day to National Arbor Week.