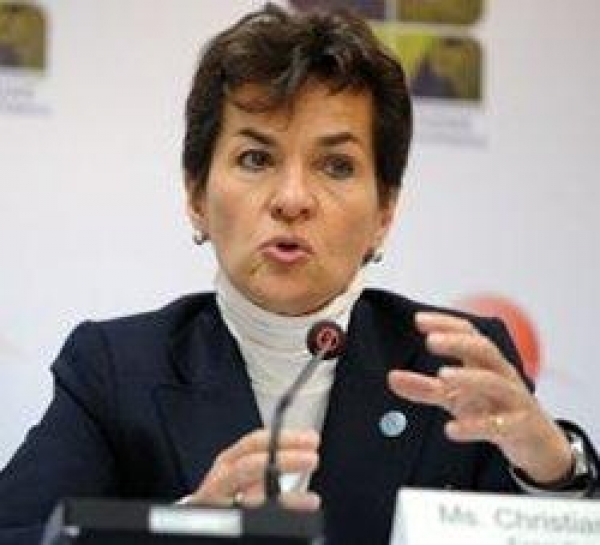 Governments recognize that they need to speed up and scale up their efforts to combat climate change and they know that negotiations this week in Panama are important to prepare the ground for the next successful step towards that goal in Durban, the UN climate change chief said.

‘During this year, governments have been steadily building the pillars that will support the next chapter of the global climate regime. They have recognized very clearly that the current level of effort is not enough and they have realized that it is important to increase both the level of emission controls on greenhouse gases as well as the capacity of countries to adapt to climate change,’ said Christiana Figueres, Executive Secretary of the United Nations Framework Convention on Climate Change (UNFCCC).

The meeting in Panama City (1 to 7 October 2011) is the last formal negotiating session of the year designed to prepare for the next annual UN Climate Change Conference in Durban, South Africa (28 November to 9 December 2011).

‘Governments know that the best way to have a successful Durban is to arrive there with draft decision texts and I see a lot of support for that approach. They can leave Panama with a clearer idea of what they would be able to agree in Durban,’ said Ms. Figueres.

The negotiations this year have followed on from the successful 2010 UN Conference in Cancun, Mexico, which produced the Cancun Agreements.

Ms. Figueres listed four key elements agreed in Cancun. She noted that work was well advanced to set up the three new international climate institutions designed to offer developing nations the most comprehensive and coordinated package of support ever to deal with all aspects of climate change.

She said work by committees appointed to design the new Green Climate Fund (GCF) and establish the new Technology Mechanism was well on the way to being approved in Durban. Governments were also working further in Panama on the Adaptation Committee, which is being designed to give international coherence to the adaptation efforts of developing countries.

In Panama, Ms. Figueres also expected governments to give very focused attention on their agreement to strengthen the systems that measure, report and verify the climate efforts of all countries to ensure international accountability and transparency.

Turning to those issues that were left unresolved in Cancun, Ms. Figueres said it was most important that governments this year decide two critical questions over the future of the Kyoto Protocol and the future of the broader climate regime going forward.

‘Governments can decide what they want to do over the future of the Kyoto Protocol and, in particular, how they would like to address the Protocol’s second commitment period. This would involve the question of deeper emission reduction commitments of industrial countries under the Kyoto Protocol and the question of how to go forward with the current emission pledges of the U.S. and developing countries which are currently not under the Protocol,’ said the Executive Secretary.

Ms. Figueres said that governments over the past few months had been thinking very seriously about both issues and were now grappling both with the future form and deadlines they would need to achieve their agreed goal of keeping the global average temperature rise at least below two degrees Celsius.

‘As a bridge between two oceans and two continents, Panama is a good place to identify where governments positions connect in order to advance towards Durban on a firm footing,’ Ms. Figueres said.

With 195 Parties, the United Nations Framework Convention on Climate Change (UNFCCC) has near universal membership and is the parent treaty of the 1997 Kyoto Protocol. The Kyoto Protocol has been ratified by 192 of the UNFCCC Parties. Under the Protocol, 37 States, consisting of highly industrialized countries and countries undergoing the process of transition to a market economy, have legally binding emission limitation and reduction commitments. The ultimate objective of both treaties is to stabilize greenhouse gas concentrations in the atmosphere at a level that will prevent dangerous human interference with the climate system.