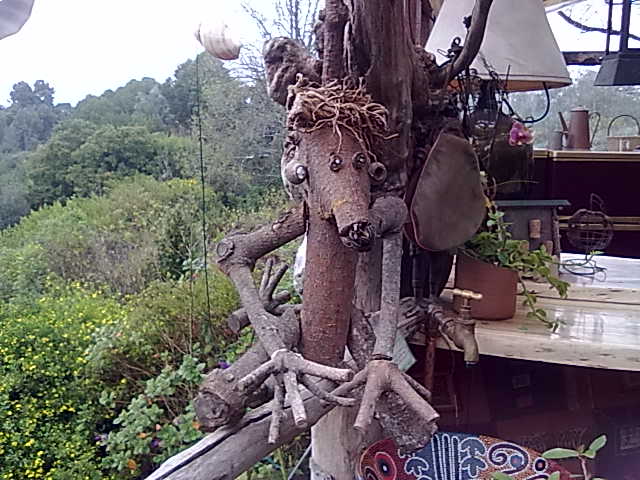 Forests are heavily over-exploited by man and many organisations, small to large, are making efforts to slow down and eventually reverse this uncontrolled destruction. Life as we know it simply cannot survive without enough forestland.

Myself and three other privileged volunteers made our way from around the country to show our love for our Earth this past weekend at Terra-Khaya Family & Eco Lodge for the Greenpop Reforest Festival in magical Hogsback, Eastern Cape.

Terra-Khaya was beautifully set up with a chill-area where we could simply relax or get creative with art and craft supplies. 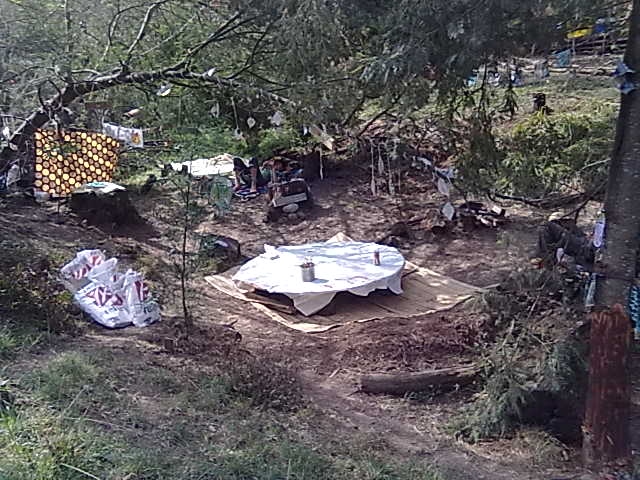 There was a solar-powered kitchen area; a set of donkey-heated open-air showers perched on the edge of a lush, green valley; assorted compost-toilets and wash areas supplied with mountain spring water; a recycling centre and camping sites. 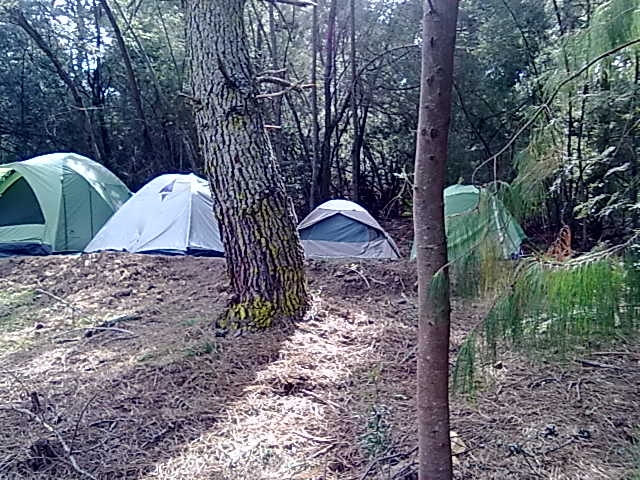 The free-standing single-room units were well constructed with natural and recycled materials, along with the main Earth-Home, outside bar, fire-circle and stage. 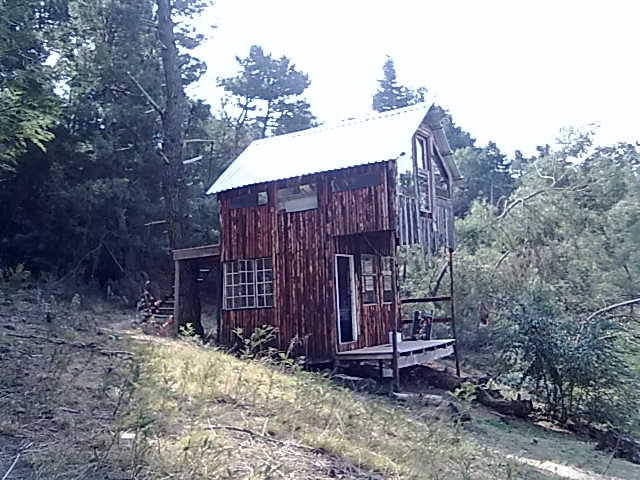 Hogsback hosts the greatest diversity of Afromontain species within the Amathole Mountain range, which is also home to a number of endangered and at risk species. This includes the Cape Parrot, the Amathole toad, and Samango monkeys.

Humans have actively deforested and degraded this biodiversity hotspot since the 1820’s and have removed many key forest species including Yellowwood and Sneezewood for building purposes. Many invasive plant species have gained a strong foothold in the area, such as the Black Wattle, Pine, Blackwood and Eucalyptus. This has resulted in negative impacts on local indigenous vegetation and wildlife, including a reduction in habitat, reduced runoff, accelerated erosion of soils and more.

For Greenpop’s first Reforest Festival in the Eastern Cape they teamed up with The Cape Parrot Project and Terra-Khaya to combat the twin challenges of forest degradation and the spread of invasive vegetation – and empower individuals to be part of the solution. By planting thousands of indigenous trees, removing alien trees and spreading ecological awareness and knowledge, they aim to begin to rebalance the disturbed forest communities in the area.

Different teams with Greenpop team leaders created assembly lines to pass different types of trees to specific levels above the ravines, where they would grow more easily. Team leaders demonstrated the planting procedure, educated us about the specific trees and their needs and divided us into smaller groups. Armed with spades, pick-axes, hands and passion, we planted what would amount to 1,500 trees by the time we paused for lunch. 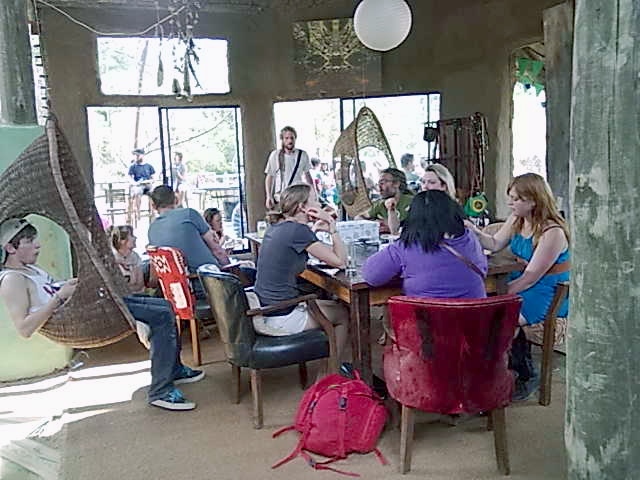 Enjoying a delicious meal we were entertained by some local traditional dancers before marching back up the slopes behind the Main House to continue our efforts. A couple of focused hours later and we were back down to witness the ceremony of the planting of the final tree – number 2,400! 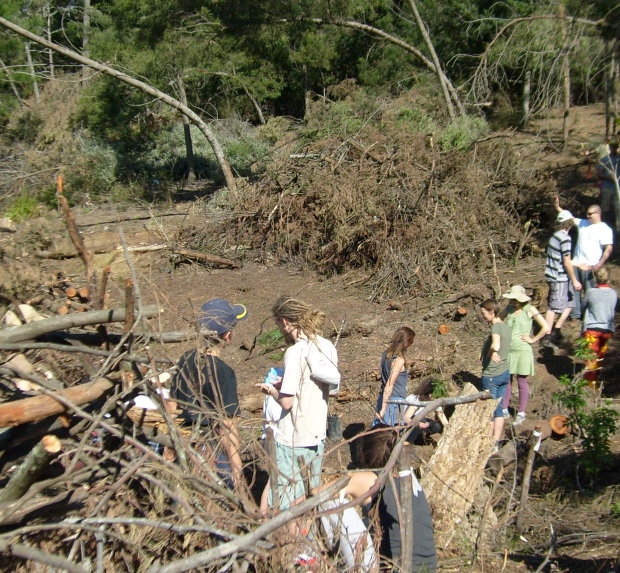 After some rest, showers and relaxation amidst the forest beauty we gathered for supper and celebration with more live music and djs into the night. Everybody brimmed with energy from time spent in the lush mountain green and, of course, group achievement.

I also had a chance to exchange a few words with Misha, who looked like he was basking in the glow of this beautiful event that he and the rest of the Greenpop team had created – this coming together of people who care enough to take responsibility and make an effort to be a positive force locally and globally. This is the kind of people that our world needs more of.

Sunday was far more relaxed as we selected to attend fascinating and informative eco-workshops. 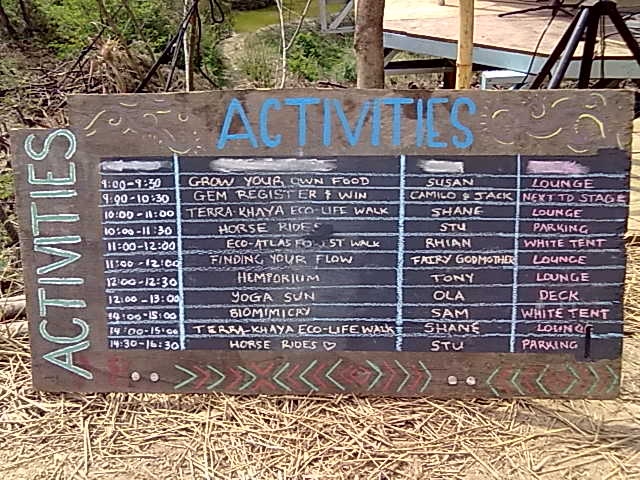 Fellow volunteer Mikhyle and I attended an enlightening talk on home food gardening where we received some good advice on different composting methods and more before spending a few hours speaking with others at our Greenpeace table. 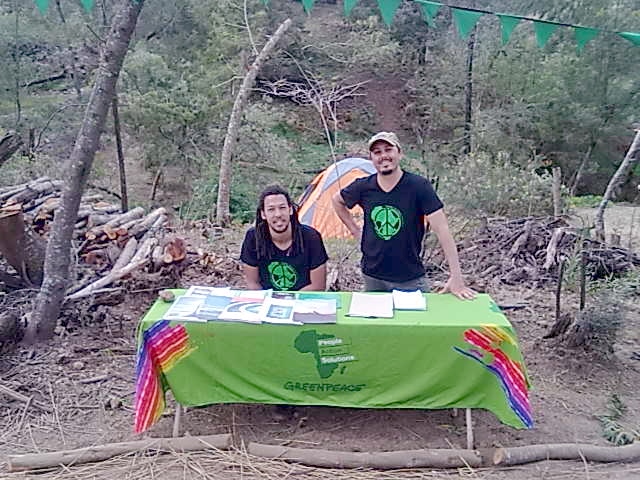 Regrettably we eventually had to drag ourselves away. Terra-Khaya’s inspiring atmosphere was undoubtedly a product of the camaraderie of the volunteers, the perfect surroundings and weather we had all weekend, and the energy absorbed by the mountain and trees. As we drove away after saying our goodbyes and expressing our thanks for the pleasure of being a part of the experience, I remembered that some of the locals had advised us to visit again. The idea is to spend some time getting lost in the forest in order to more fully appreciate the magic of Hogsback.

I’m pretty sure I’m becoming addicted to trees, because I know that wherever the next Reforest Fest might be, I plan to sign-up as soon as possible. See you there!