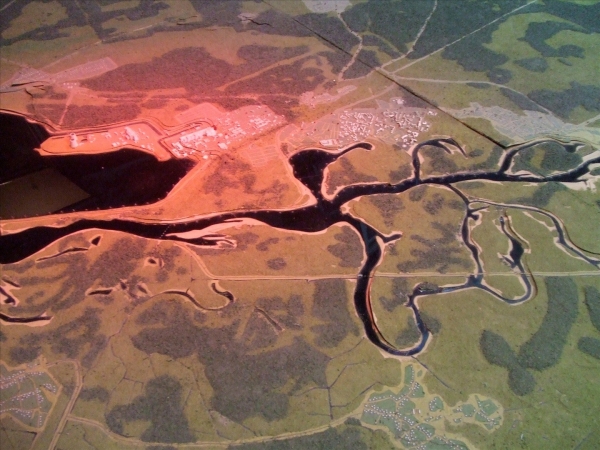 This photo was taken at Chernobyl around the 20th anniversary of the disaster.

Why does the political prestige and prowess associated with the acquisition of nuclear weapons by a government still weigh heavier than considering future damage to the planet? Surely they know by now of the long-term effects of these radioactive chemicals on the environment? Why is a country like Iran developing their nuclear capabilities, while Germany has decided to do exactly the opposite?

Little more than a year ago the world watched in horror as an earthquake and then multiple tsunamis caused the failure of the Fukushima nuclear plant in Japan. Not long after the disaster struck cleanup efforts ensued. There were huge challenges that the Japanese government seemed very ill-equipped to handle.

Most of the longer-lasting radioactive material released from the facility was Caesium. Caesium is a very soft, ductile, silvery-white highly reactive metal that can ignite spontaneously in air and reacts explosively with water, even at low temperatures. Each atom of Caesium is unstable. Within about thirty years half of the atoms released from Fukushima will decay, releasing gamma rays. Caesium can form salts (similar to sodium chloride, or table salt) which are absorbed into plants and by animals. This can cause extreme fatigue, muscle weakness, palpitations and arrhythmia in humans.

Peaceful goals for protection or energy?

Whilst questions remain about how such a disaster could have come about, another nuclear issue is making news headlines for a completely different reason. The Islamic Republic of Iran seems bent on developing nuclear capabilities to the possible detriment of many Western countries and Israel.

As reported by Reuters, “European Union foreign policy Chief Catherine Ashton accepted Iran’s offer of further talks with the powers in a bid to reach agreement on the future of Iran’s nuclear activities. Iran has repeatedly rejected Western accusations that its nuclear energy programme is a cover for developing nuclear weapons, saying its goals are entirely peaceful.”

Are other countries not supposed to be a little wearier of nuclear development in the aftermath of Fukushima?

“Nuclear power is safer than it was a year ago as the nuclear industry, regulators and governments act on the lessons of Fukushima, but that safety must never be taken for granted,” Yukiya Amano, Director General of the International Atomic Energy Agency (IAEA) said in a press release.

“Fukushima Daiichi was a very serious accident, but we know what went wrong and we have a clear course of action to tackle those causes – not only in Japan, but anywhere in the world.”

This may be the case. But even if the Fukushima plant was built according to the strictest of safety measures, is it not apparent that in the event of an earthquake it is not safe enough?

Theodore Roosevelt once said “Speak softly and carry a big stick – you will go far.” Nuclear proliferation works along the same lines. In international security having a bigger stick than your opponent makes you powerful, but having a stick so big that your opponent cannot compete with you, makes you untouchable.

In a chapter entitled Nuclear Strategy in Contemporary Security and Strategy, Andy Butfoy, a senior lecturer in international relations at the University of Monash in Australia says, “As far as can be gleaned from the public record, all nuclear-armed states see their nuclear forces as having primarily a simple deterrent function.”

Meaning that no nuclear unarmed state would dare take on an armed one, protecting the armed state from military attacks.

It is clear that the international political system is flawed and that environmental events like COP17 make little or no difference, because governments are not willing to put their sovereignty and power aside to find a solution to environmental concerns. Similarly, as long as state economies run on oil for which they depend on Iran it will skew their judgement towards maintaining a status quo. Iran should never be allowed to become untouchable – perhaps Iran’s biggest motivating factor.

To find a balance between looking after the world we inhabit and preventing it from being plunged into political chaos, we keep quiet and hope that if order is maintained, governments will use their power for the greater good. Instead we should be advocating for global policy reforms. The world will never change if we don’t step up and change the systems to include binding decisions to protect our environment and therefore our future.