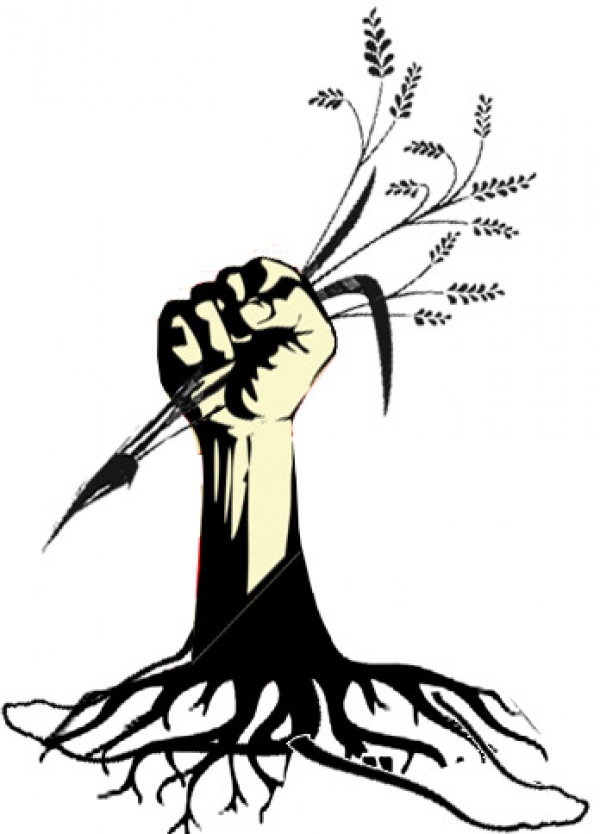 In this briefing, Mariam Mayet from the African Centre for Biosafety brings to the attention of small-holder farmers, the proposed amendments by the South African government (Department of Agriculture, Forestry and Fisheries) to its Plant Breeders Rights Act concerning the issue of Farmers Rights. The proposed legislation will have far reaching implications for the rights of farmers vis-à-vis commercially protected varieties of food crops.

The proposed amendments cut to the very heart of the rights of farmers to save, use, exchange seed and propagation material. We urge small farmers in particular, to engage in the process and make their voices and objections heard.

Farmers’ Rights are those rights arising from the past, present and future contributions of farmers in conserving, improving and making available genetic resources, particularly those in the centres of origin/diversity. The concept of Farmers Rights is recognised in the United Nation’s Food and Agriculture (FAO) International Treaty on Plant Genetic Resources, (“The Seed Treaty”), which entered into force in 2004. The Seed Treaty’s objectives include the conservation and sustainable use of plant genetic resources for food and agriculture. Its preamble affirms farmers’ rights to save, use, exchange and sell farm-saved seed and other propagating material, and to participate in decision-making.

Further, Article 9 of the Treaty recognizes the enormous contribution that local and indigenous communities and farmers of all regions of the world, particularly those in the centres of origin and crop diversity, have made and will continue to make for the conservation and development of plant genetic resources which constitute the basis of food and agriculture production throughout the world.

Currently, South Africa’s Plant Breeders Rights Act, 1976 (Act No.15 of 1976) grants plant breeders certain intellectual property and other rights over plant varieties. These allow the rights holder to claim royalties as remuneration for the use of a protected variety and prevent unlawful uses. The plant breeder/right holder has a sole right to the variety for the first 5 to 8 years to produce and market propagating material of the variety. During the next 15 to 17 years the holder is compelled to issue licenses to other persons who may also wish to use and market the material. When the holder issues a licence to another person, the holder may continue to claim royalties for any propagating material produced and sold. Use of a protection variety without the consent of the right holder is thus not allowed and is regarded as unlawful.

Section 23 of the Act provides for certain exceptions, which allows a farmer to use farm saved seeds and propagating material on land occupied by him or her without paying royalties. The law does not, however, allow the exchange of protected seeds between farmers.

South Africa’s plant breeder’s rights legislation is strongly influenced by the International Union for the Protection of New Varieties (UPOV). UPOV was established in 1961 and is an international regime designed principally to protect the interests of plant breeders. UPOV has been amended several times-in 1972, 1978 and 1991. South Africa is a Party to the 1978 UPOV agreement and its provisions are binding on the Republic. In terms of the 1978 UPOV agreement, the holder of a plant variety had a monopoly on the commercial propagation and marketing of the variety but little control over other uses. The scope of the intellectual property right protection is only in respect of production for the purposes of commercial marketing, offering for sale and marketing of propagating material of a protected variety.

However all of this changed dramatically when UPOV was revised in 1991, the rights of breeders strengthened and those of farmers severely curtailed.

UPOV 1991 extended the scope of a plant breeder rights’ to also include other activities such as exporting, importing and stocking of protected varieties. Breeders’ rights were also restricted in that they were no longer allowed to produce varieties that were essentially derived from a protected variety. Crucially, it allowed national governments to decide whether farmers could be allowed to reuse the harvest of protected varieties on their own landholdings without the authorisation of the rights holder. UPOV 1991 binds its members to disallow the exchange or selling of such harvested material. There is no flexibility in UPOV with regard to this restriction.

While South Africa has signed this UPOV 1991 version, it has not yet ratified it. In other words, the UPOV 1991 is not binding on South Africa and it is thus under no obligation to either implement or ratify UPOV 1991. No developing country that is a member of the 1978 UPOV agreement, including major grain exporting countries such as Brazil and Argentina, has ratified UPOV 1991.

Nevertheless, South Africa, already as far back as 1996, and in terms of amendments to the Plant Breeders Rights Act at that time, began a process of implementing some of the UPOV 1991 provisions. These relate inter alia to the restriction on farmers’ rights, particularly in regard to harvested material. The current provisions of the Plant Breeders Rights Act, namely those contained in the current section 23(6)(f) thus prohibits the exchange of harvested material and ties such harvested material to a farmer who is in occupation of land. However, farmers are allowed to use all propagating material including vegetative material for the purposes of propagation.

Now, South Africa wants change to its Plant Breeders Rights Act and further restrict farmers’ rights. It has during 2011, published the Plant Breeders’ Rights Bill for comment. Stakeholder consultations are still underway and government is still open to receiving inputs and comments. Government appears to be particularly keen to engage with small farmers.

The Plant Breeders’ Rights Bill contains a new section 9, dealing with farmers rights. It continues to prohibit the exchange of protected seeds between farmers, however there are still no limits on farm saved seeds for further propagation.

The proposed provisions contained in sections 9(1)(d) and 9(2) are of crucial importance. A farmer is now restricted to only use harvested material on land occupied by him from a protected variety (as opposed to propagating material which is the current position). Propagating material has a wide definition and includes any reproductive or vegetative material of a plant that can be used for the propagation of such plant whilst maintaining the essential characteristics of the original plant. Small farmers must carefully consider that the implications are of these restrictions for them. Furthermore, the exchange of such harvested material derived from protected varieties between farmers is prohibited.

Seed that is later produced post harvest from such protected variety appears to be excluded from the provisions and may not be used for further saving, propagation and exchange.

The South African government argues in its 2011 Plant Breeders’ Rights Policy that as a result of the lack of a clear definitions of ‘farmer’ and scale of production and the scope of the plant varieties, the farmers privilege has been abused by commercial farmers, to such an extent that there has been a significant decrease in the investment in planting breeding and the virtual collapse of plant breeding programmes. It appears that breeders have singled our vegetatively propagated crops as a major problem.

While it is beyond the scope of this article to delve into these arguments, we do believe as a general principle, that Farmers Rights, particularly those of small- holder and subsistence farmers should be fully protected and not restricted.

The rights of small farmers to save and exchange all seed and use and exchange propagating material (including seeds) between communities is in fact non-negotiable. Farmers’ Rights are crucial for ensuring present and future food security in general, and in the fight against rural poverty in particular. Farmers’ Rights are necessary prerequisites for the maintenance of crop genetic diversity, which is the basis of all food and agriculture production in the world. The protection and recognition of Farmers’ Rights will allow farmers to maintain and develop crop genetic resources as they have done since the dawn of agriculture some ten thousand years ago.

The government needs to pay special attention to the needs and interests of small-holder black farmers, particularly with regard to land tenure, land holding, communal ownership of land and generally how communities organise themselves when it comes to farming the land and the use of harvested material.

We urge the South African government thus to craft provisions for the recognition and protection of farmers rights. Such provisions must be clear and unambiguous and must clearly take into consideration and respond to the particular circumstances and constraints of small- holder farmers.

Plant Breeders Rights and other forms of intellectual property over plant varieties have played an enormous role in the monopolisation and control by corporations over South Africa’s food systems. South Africa must protect its small farming communities and ensure that Farmers Rights are not impeded from continuing to make a contribution to the conservation, development and sustainable use of plant genetic resources for agriculture production. We also strongly urge the South African government not to ratify UPOV 1991, which will undermine the flexibility that the government presently enjoys to give effect to the recognition and protection of Farmers Rights.

Editors Note: We strongly urge and advise every member of society that would be affected by the proposed laws to get involved. If these laws are passed or the UPOV 1991 is ratified it will be too late and you may find that what you are now doing for pleasure or profit will become illegal.