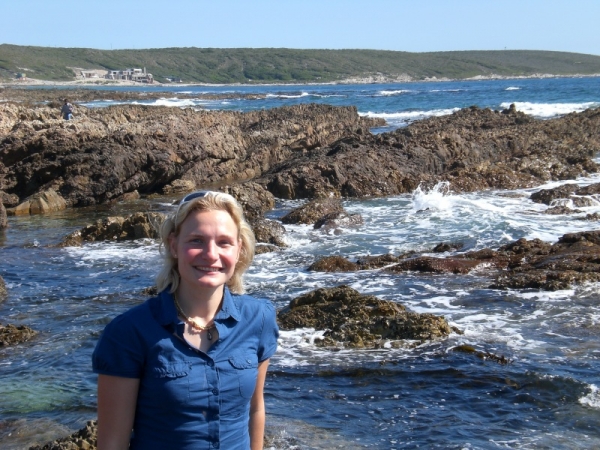 Did you know that a starfish feeds by pushing its stomach out through its mouth and placing it directly over its prey? Did you also know that octopuses are quite clever? Or that Columbus’ crabs are sky blue? These are some of the facts contained in a new marine guide for children by Stellenbosch University marine biologist Dr Sophie von der Heyden.

Her 88-page Southern African Sea Life: A Guide for Young Explorers is published by Struik Nature and has been available in bookstores since early November.

The guide provides an overview of Southern African ocean currents, the importance and conservation of oceans, and various marine habitats. Marine plants and animals, such as seaweeds, molluscs, fish, seashore birds and marine mammals and reptiles are all discussed with the help of easy to understand text and quality colour photography.

Dr von der Heyden, who is a senior lecturer in the Department of Botany and Zoology, has been working on the guide since early 2010.

“It’s still very unreal,” she says while holding one of the first printed copies of her first book in hand. In the same breath, Dr von der Heyden says that she is already thinking about a second book.

Her favourite two-page spread is one of starfish, brittlestars, sea cucumbers and other types of echinoderms (animals that have spines and bumps covering their bodies).

“The photographs are simply beautiful,” she adds.

Respected marine photographer Guido Zsilavecz from the Southern Underwater Research Group (SURG) contributed most of the photographs that were used to make the identification of species easier. Illustrations by Sally McLarty, an experienced illustrator of children’s and nature books, are also included. 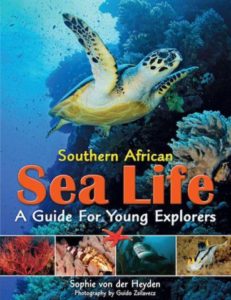 “I hope it will fascinate and educate children, and that they will discover the joys of exploring,” says Dr von der Heyden, who holds a doctorate in zoology and genetics from Oxford University. She has been working at Stellenbosch University since 2005.

In drafting the text, she was constantly challenged to describe the scientific aspects of the marine environment in an understandable way which does not sacrifice too much detail or scientific integrity.

Writing for kids a ‘real eye-opener’

“Writing for kids has been a real eye-opener and huge fun,” says this mother of two young children.

“I hope the book will inspire future generations to become biologists, oceanographers and conservationists working together to preserve our amazing oceans.”

Although the book is generally aimed at the 8 to 14 year age group, Dr von den Heyden says that she has already received very good feedback from adults who have also enjoyed the read.

The book also includes a holiday guide section, which focuses on various popular sections of the Southern African coastline, including the West Coast, the Wild Coast, Namibia and Mozambique.

“I hope that people will use this section to get to know their favourite holiday destinations,” she says of the sections that provide an overview of the marine life that visitors are most likely to encounter in each of these strips of coastline.