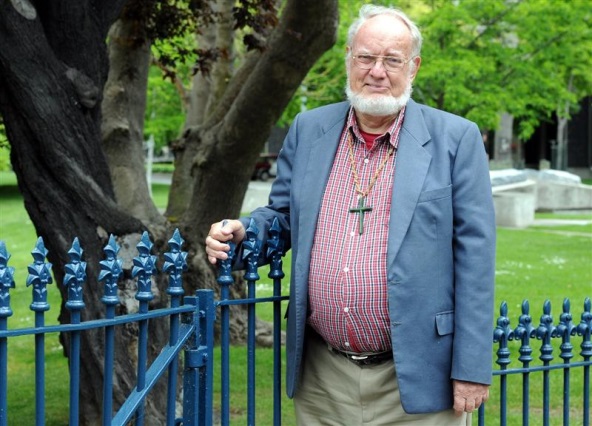 For example, we may think of the small island as a kind of oil rig, locked forever at a certain height from the bottom of the sea, being overwhelmed by the rising sea level, incapable of response, a victim. Or we may speak of small island states as “sinking” into the sea when precisely the opposite is happening. We may assign blame to some, innocence to others. Indeed, small island states themselves sometimes take on these explanations. But it is not really as simple as all that.

Quite a few years ago, I arranged to have a small holiday house of bush materials constructed beside the sea on a small atoll-enclosed island on the east side of the large island of Malaita in Solomon Islands in the South Pacific. Because it was so close to the sea (the children swung from the nearby tree to dive into the sea), I arranged for the house to be on high timber pillars, the local fashion.

I had many enjoyable trips to the house but began to notice something. Rather than the sea encroaching upon my house, climbing up the pillars, sand was climbing up the pillars and my house was (so to speak) moving away from the sea. More and more sand was being deposited upon the beach. Now the tree near my house was rather far away from the sea and children could no longer dive into the sea from its branches.

Ocean heads for the church

I asked local people what had happened. They took me to the other side of the island, where a seawall had been constructed to protect a large church nearby. There the seawall was being eaten away by the sea and a side of the church was in danger of falling into the sea. It appeared that the sea was rising and taking away the island.

Of course, I learned, it was all about currents that were both depositing and removing sand. This would be very evident after big storms. Sometimes big gaps closed with more sand, sometimes islands were torn in two. There was a sense in which the island was alive, actively responding (often quite well) to the rising sea level, when not interfered with.

I am not suggesting there is no climate change crisis. Small island states are very vulnerable. But nature also has considerable capacity to adapt. We contribute to climate change and paralyze nature’s capacity to adapt when we attempt to engineer or control nature: when we cover cities with concrete, when we destroy mangroves and replace them with seawalls, when we replace natural riverbeds with cement ones (remember New Orleans), when we strip the land of forest and seas of fish, when we destroy forests to grow grain to produce ethanol, and when we (including the citizens of small island states) insist that cars and trucks are the best transport, buying more and more of them beyond sustainability and putting tons and tons of pollution in the air.

I lived about 22 years in the Solomon Islands over about 40 years. During that time I have seen enormous destruction, now culminating in killer storms, flash floods, rapid sea level rise and increasing poverty, violence and corruption. It is time to reaffirm the “Justice, Peace and the Integrity of Creation” championed by the World Council of Churches decades ago.

Poverty also causes environmental destruction and climate change: the need to sell a precious area of rainforest to foreign loggers to pay school fees, the need to live on an urban flood plain because no other land is available, the failure to repair a polluting truck because there is no money to do so, and dumping garbage anywhere because the city cannot afford garbage collection.

Small island states are often just as guilty as big continent states. Just because the latter produce more pollution, it does not mean the former are off the hook. Some of the world’s worst pollution comes from small island states around the world, where the need for cash in the face of poverty brings about the destruction of nature.

Part of the solution is a lot less global money spent on war and much more on poverty alleviation.

Answer is lightest footprint out of respect for nature

The answer is a personal commitment to leave only a very light carbon footprint on this earth, to allow nature a fair amount of freedom and respect, and to address the economic and political structures of global society that both cause global warning and prohibit it from being addressed politically. The problem is not nature’s, the problem is ours.

Dr Terry Brown is currently Bishop-in-charge of Church of the Ascension, Hamilton, Ontario, in the Anglican Diocese of Niagara, Anglican Church of Canada.