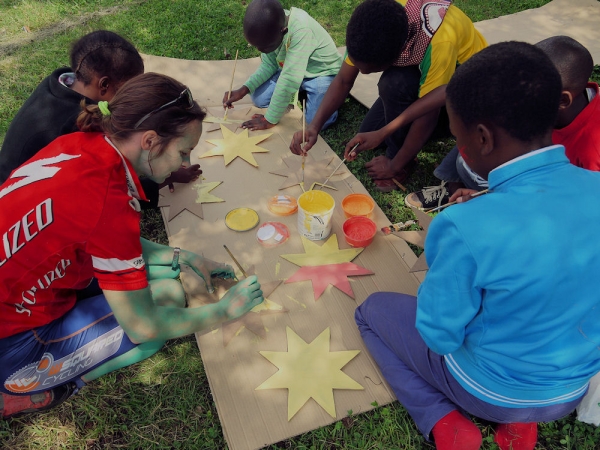 During the Midlands Moving Planet – Day of Global Action to Move Beyond Fossil Fuels, uMngeni residents signed a petition asking the local Municipality to make the move to a sustainable future. As part of the celebration of current sunlight and renewable energy, local children painted bright sun shapes on which the demands were written.

Around the world people demanded the global action necessary to get us back to 350 parts per million – the level of carbon dioxide in the atmosphere which is deemed safe. We are at 390 ppm right now. We asked that the uMngeni Municipality starts to help us make the transition to a sustainable, renewable energy-powered future, free from dangerous climate change as soon as possible.

These colourful sun-shaped demands were delivered to the Council Chambers recently, where uMngeni Municipality Mayor, Councillor Mbali P. Myeni, stuck them up on the wall to remind the uMngeni councillors that the reduction of carbon emissions begins in your home and in your workplace.

“With COP17 just a few days away, I ask that the citizens of uMngeni Municipality observe the messages from COP17 and take note of the things we need to avoid for the betterment of our environment.” said the Mayor. 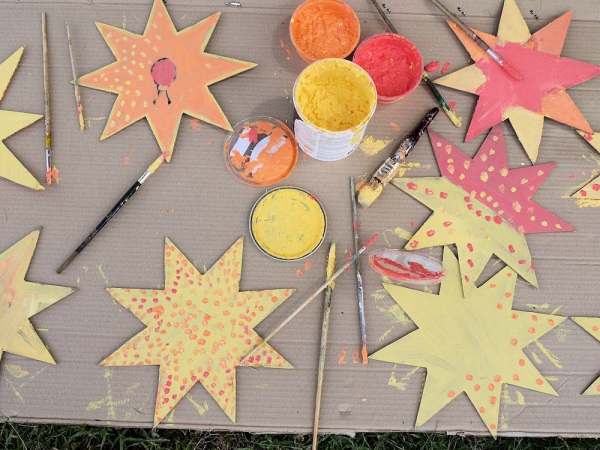 One of the requests of the Moving Planet team is for Howick to become a bicycle-friendly town. The Mayor committed to getting the ball rolling in this regard, inviting suggestions from cyclists and promising to look into appropriate signage.

We asked that our Municipality begin by rewarding those who already use energy efficient options by: 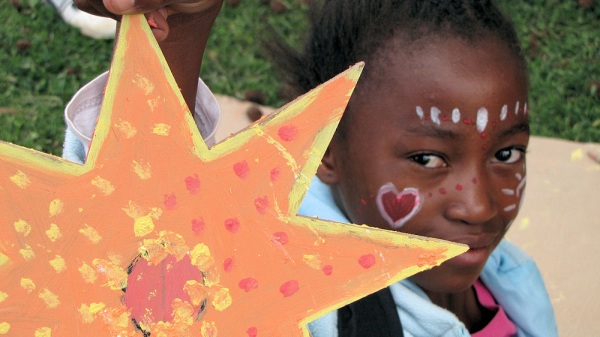 We ask that the Municipality gives urgent attention to it’s own energy usage by:

We hope to inspire the Municipality to use public resources to: 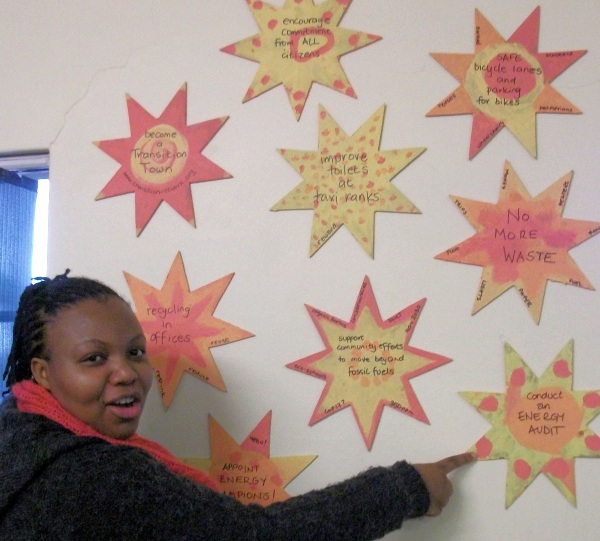 The Mayor invited Liz Taylor of WESSA to do a presentation about carbon emissions, global warming and climate change to 20 Councillors, recently. The fun and interactive presentation was well received, with many councillors requesting a copy of the Carbon Footprint Book and the mayor suggesting they set up an Environmental Forum soon.

The colourful suns certainly attracted attention, with people streaming in to read the messages posted on the usually boring wall. With the support of the Mayor, there is no doubt that Howick can begin the transition to a better future, whatever the outcome of the COP17 negotiations in Durban.