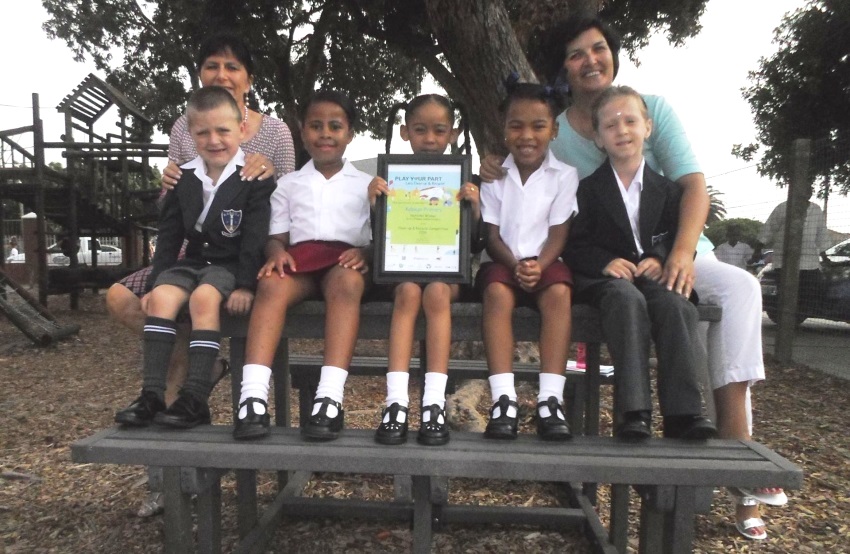 Kabega Primary School, Port Elizabeth: pupils and teachers sit on a picnic bench made from recycled plastic, their prize from last year’s clean-up and recycle competition.

Schools around the country stand a chance to once again win big prizes in Plastics|SA’s annual schools competition, entitled “Let’s do it … Let’s Clean-Up South Africa!”

According to Douw Steyn, Director: Sustainability at Plastics|SA, the aim of this national competition is to educate and encourage schools, communities, businesses and organisations to play their part in cleaning up their immediate surroundings.

“We have been running this national competition for the past 10 years as part of our annual Clean-up and Recycle SA activities. During this time, we have given away prizes to deserving schools for hosting various clean-up activities and being committed recyclers of their waste,” Steyn says.

The competition is open to primary and high schools as well as businesses or organisations around the country who are eager to initiate a clean-up and/or recycling activity in their area. By writing a short report about their clean-up and recycling, and sending in the photographs and information of what they had managed to accomplish, they stand a chance to win one of the following exciting prizes:

Entries for last year’s competition were received from around South Africa and were judged based on how many participants were involved in their respective projects and whether they managed to involve their community. Kabega Primary in Port Elizabeth was announced as the ultimate winner for proving their mettle as a group of learners committed to sustainability and cleaning up their environment based on the amount of recycling and other environmental and sustainability activities they were involved in.

The closing date for this year’s competition is 31 October 2017. Entry forms can be downloaded here. Entries will be judged during the first week of November and the winners will be announced shortly thereafter.

“We look forward to seeing new schools enter the competition this year and proving their worth as our eco-warriors of the future. There is wealth in waste and we want as many schools as possible to benefit from this competition that teaches pupils the importance of looking after their environment, whilst at the same time benefiting the school and their community,” Steyn concludes.