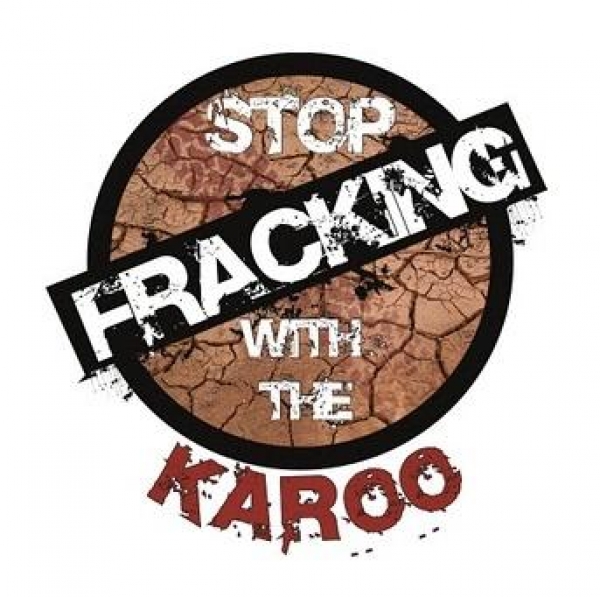 Another group of concerned citizens and organisations have taken up the cudgels against the proposed hydraulic fracturing planned in most of South Africa’s land mass.

Fossil fuel industry lobbyists are aggressively promoting shale gas to our government as an alternative South African energy source, but many of their claims are misleading propaganda and do not reflect the truth about gas drilling (using the controversial technique of hydraulic fracturing, or fracking). Last week the Advertising Standards Authority ordered Shell to withdraw ‘unsubstantiated’ and ‘misleading’ claims that were made in full-page advertisements in several newspapers, about its use of hydraulic fracturing for shale gas in the Karoo.

A new NGO, called the Climate Justice Campaign (CJC), is convening the protest. ‘World-wide there are increasingly calls to ban fracking as the threat to water supplies, and the devastating environmental and social cost, is becoming evident, ‘ says CJC Co-ordinator Marina Louw. ‘France recently became the first nation to ban fracking outright, and areas such as Quebec in Canada and New Jersey in the USA have also banned it. Furthermore, recent studies from Cornell University have shown that gas obtained through hydraulic fracturing is no better than coal for climate impact.’

The shale gas conference which will be held from 18 – 21 July 2011 at the Hyatt Regency Hotel in Rosebank is heavily skewed in the favour of the industry, with very little representation from environmental groups. The CJC protest at the conference is being held to ensure an anti-fracking presence to voice the concerns of the public, who are largely prohibited from attending the conference, due to the exorbitant fees clearly aimed at limiting the conference to industry and government only.

Between fossil fuels and green technology

The protest will take place on 18 and 19 July, from 7am in the morning, outside the entrance to the Hyatt Regency Hotel. On Monday 18 July, the pre-conference workshop will explore “shale gas as middle ground between fossil fuel and green technology”. The Climate Justice Campaign supports the view of many environmental justice groups, that shale gas, obtained through hydraulic fracturing, is not a greener alternative, or a bridging fuel to green technology. Shale gas is still a fossil fuel, with a GHG footprint as least as big as coal, with devastating effects on global warming especially in the short term, and delaying investment and development of renewable sources of energy with far greater public benefits.

On Tuesday 19 July “the shale gas potential of the Karoo basin” will be the subject under discussion at the conference, with Shell’s CEO Bonang Mohale speaking on their Karoo exploration project at 13h15. ‘Water is a scarce resource in our country, and this is particularly true in an arid region like the Karoo, which only recently suffered under a devastating drought,’ confirms Muna Lahkani of Earthlife Africa. ‘Hydraulic fracturing, which requires very large quantities of water mixed with toxic chemicals, poses a threat to the entire region, as local communities and towns, animals and farms, are all reliant on the groundwater supplies of the Karoo for their survival.’