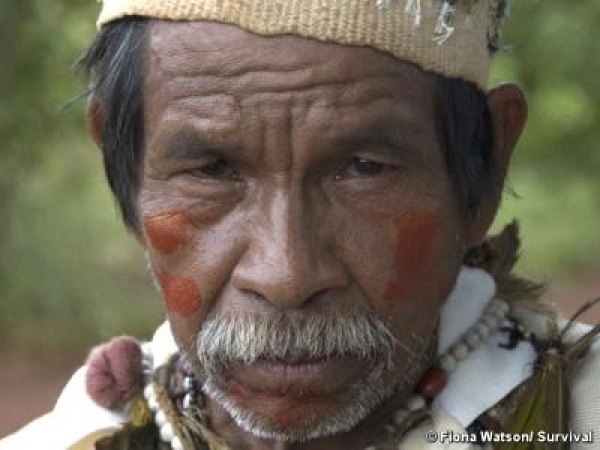 Ambrosio Vilhalva, a Guarani man from one of the communities affected, told Survival, “Shell must leave our land; the companies must stop using indigenous land. We want justice, we want our land to be mapped out and protected for us.”

Shell is united with Brazilian ethanol company Cosan, in a joint venture company called Raizen. Some of Raizen’s ethanol, sold as a biofuel, is produced from sugarcane grown on the Guarani’s ancestral land.

In a letter to the companies, the Indians warn that, “Since the factory began to operate, all our health has deteriorated – children, adults and animals.”

The chemicals used on the sugarcane plantations are thought to be causing acute diarrhoea amongst Guarani children, and killing fish and plants.

The Guarani state, “We can no longer find many of the medicines which used to grow in the forest; the plants have died because of the poison.”

They continue, “The growers never asked our permission or consulted us before planting on our land.” 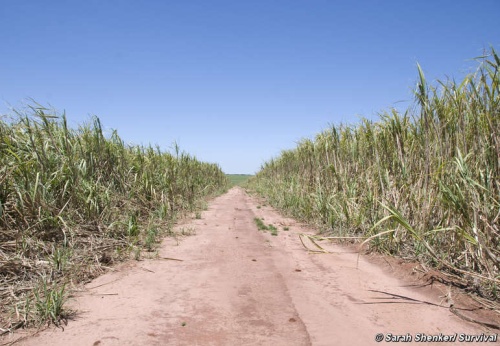 The current boom in sugarcane production is taking over the Guarani’s ancestral land. Image: Shenker / Survival

The Brazilian government’s failure to uphold its own laws and map out and protect the Guarani’s land for their exclusive use has left it vulnerable to exploitation by sugarcane plantations.

Meanwhile, many Guarani live in appalling conditions, in overcrowded reserves or camped on roadsides.

Dozens of Guarani have been assassinated after trying to reoccupy their ancestral land, and many more subjected to violence. The Guarani of Pueblito Ku are the latest to suffer attacks, since they reoccupied their land earlier this month.

Survival International’s Director, Stephen Corry, said today, “It’s a sad irony that people buy Shell’s ethanol as an ‘ethical’ alternative to fossil fuels: there’s certainly nothing ethical about its horrendous treatment of the Guarani. The Brazilian government needs to enforce its laws, and stop the wholesale destruction of the Indians’ land”.

Helping tribal peoples defend their lives, protect their lands and determine their own futures.