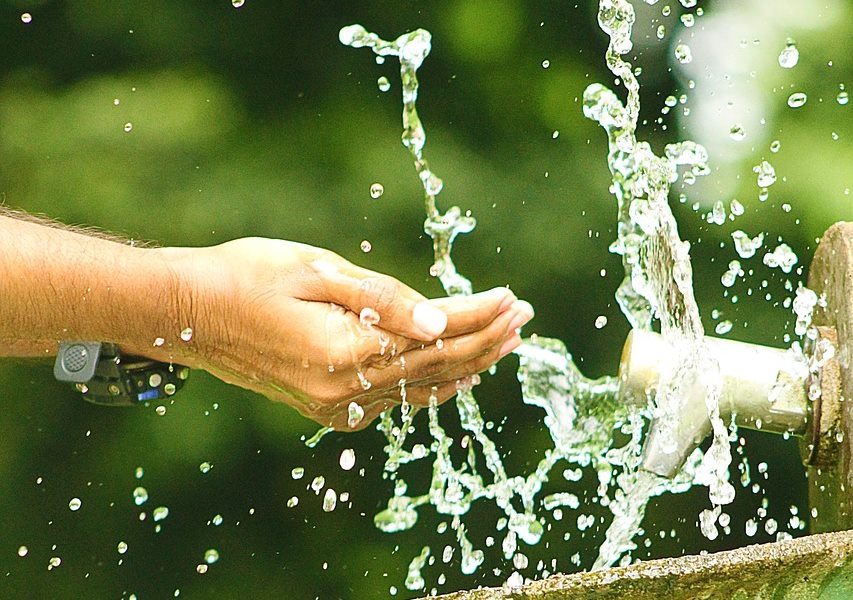 For the last few months, Capetonians have been talking about Day Zero. In the first of a regular weekly update, WWF South Africa have published a water file to help households and businesses in the Western Cape to prepare for life beyond Day Zero when we will have access to very little water.

When is Day Zero likely to happen?

At present, Day Zero is calculated to be about three months away on 21 April. This day is calculated based on knowing how much water is in the big 6 dams that feed Cape Town and the Western Cape Water Supply System, and knowing how much water is being used by the city’s residents, by agriculture and what is evaporating out of the dam. Day Zero is a worst-case scenario but it has been inching closer since the City of Cape Town began predicting it. As of 15 January, the dams were 28% full and if we continue using water at the current rate we will run out of water on 21 April. This calculation assumes that we can’t use the last 13.5% of water in the dams and that there are no new sources of water available by this date. Substantial new water sources are not likely to come on line before April, so the only thing that can really push out Day Zero is if YOU and I use less water and save water NOW!

What is likely to happen on Day Zero?

On Day Zero, the city will move into full-scale Emergency Stage 3. This means that water to households and businesses will be cut off. There will not be enough water in the system to maintain normal services and the taps (and toilets) will run dry. Only vital services will still receive water. These are hospitals and clinics, stand-pipes in informal settlements and the 200 points of distribution (PoDs) where people can collect their allocated 25 litres per person. All other mains water supplied by the city will be cut off. Most schools will have to close if they don’t have their own safe supply from boreholes or rainwater tanks. Many businesses will not be able operate unless they can provide temporary (off-mains) toilets and drinking water.

I hear that Day Zero is longer than a day, how long will Day Zero last?

Once the taps are switched off, we don’t know how long it will be until they are switched back on again for different neighbourhoods. The amount in the dams will take months to recover. It is likely that if we have the same amount of winter rainfall as last year we will not see an increase in the dams until August. It could be that re-establishment of basic water services will only happen deep into the winter months. We should be prepared to live with very little water for at least three months and possibly up to six months after Day Zero, but it all depends on when rain falls in the water source areas that feed the dams.

When are the new water sources expected to come online?

The City’s dashboard shows that most new sources (groundwater, desalination and reclaimed water from wastewater treatment plants) are about 50% complete and some are behind schedule. 150 million litres (ML) per day of groundwater, 120 ML of desalinated water and 22 ML of reclaimed water are planned to come on line by the end of the year. This is not enough to meet Cape Town’s current demand of about 600 ML/day. Initial sources are expected to be ready by April/May with larger volumes coming online from groundwater and desalination in July/ August. So, there will be some reprieve, but not close to Cape Town’s usual requirements. Adjusting to life with much less water will be the new normal.

Drought-stricken Beaufort West also relied on groundwater and it has now dried up. How confident are we that we have enough groundwater?

Beaufort West was abstracting groundwater from different types of aquifers that had different volumes of water available as well as lower recharge rates than the aquifers targeted by the City. Cape Town is lucky to have three different aquifers within its area and close to the major water supply network. In the long term, we will need to change how we manage groundwater as well as the activities in the recharge zones if we are to protect them and use them fully to store strategic sources of water underground. We will need to use stormwater and treated wastewater to enhance the recharge to aquifers (rather than discharging it to rivers). This has already been successfully done at the Atlantis aquifer for more than a decade.

If I’m not strong enough to fetch and lift my city allocation of water, how will I get water?

During times of crisis, we need to look after each other more than ever, especially people who are elderly and not able to get water from the new sources that become available. Whatever happens, it’s likely that you will have to queue, carry and in some cases treat your own water. We’re going to need to get to know our neighbours better and assist them where possible. You might have an elderly neighbour who is not on social media and doesn’t have access to this information – please print it out for them and start the conversation about looking out for each other. We’ll be making detailed suggestions soon about what neighbourhoods can do to get ready to get through the crisis together. If you are worried about your own ability to fetch or carry water start speaking to friends, neighbours and family now.

Is it already too late to buy a rainwater harvesting tank and think about saving water?

It’s never too late to save water – we can only save it now while we have it! Because the municipal mains system will take time to be able to recover and deliver water, we will have to wait for enough rain to fall for the rivers to start flowing and fill up our dams. So you’ll get rainfall on your property before you get water out of your tap. It is still worth planning to supplement your household water sources as much as possible (if you haven’t done so already!).

I’ve been flushing my toilet with grey water, but without shower water in buckets we won’t have enough greywater to flush – what about the toilets?

That’s true. Come Day Zero we will have to use very small volumes of water in our households (whatever you can carry in a bucket or container from a point of distribution or from a shop, or transport in your car or in a wheelbarrow from a neighbour’s borehole) that there may not be enough to flush. It’s very likely you’ll have to think about alternate ‘dry’ sanitation systems at home. Some people might start trying to build temporary pit latrines and people in apartments are going to need smaller, mobile, dry systems. We’ll be talking to some dry sanitation experts about what is possible at home and sharing that in a later Wednesday Water File.

Will my office still be open?

It’s likely that many businesses will not be able to stay open – either because they rely on large volumes of water for their core functions or because they are not able to offer safe water and sanitation to employees for their time at work. Start talking to your boss and your colleagues now: How are your premises prepared for Day Zero, and how can you work remotely, via the cloud, if not? How many people will need to stay at home because their children’s schools are closed?

Should we stockpile water and store it?

We should all have some emergency reserves of drinking water safely stored at home BUT you are not allowed to stockpile large volumes of water from municipal supplies. DO NOT fill up your rainwater tanks using municipal drinking water. You could buy 5-litre bottled water during your weekly shop and keep that safe as you prepare for Day Zero. Make sure the bottles are clean and keep them in a cool, dark place.