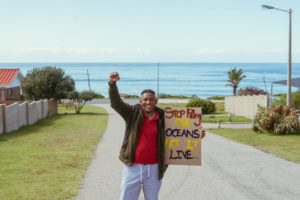 Following the announcement, last week, by oil and gas giant Total that it has “demobilised its Deepsea Stavanger drill rig along with all support vessels, after concluding its drilling activities on the exploration well Luiperd-1X in Block 11B/12B on 23 November 2020”, the Green Connection’s Neville Van Rooy says he is concerned about who will be held responsible for any residual environmental impact that may result from the borehole left behind.

“The statement from Total claims that the borehole on the ocean floor has been sealed, capped and plugged in accordance with the ‘best international petroleum industry practices’.

However, the Green Connection would like to know what guarantees does the “best industry practice“ provide that no leakages will emanate from the well, and what monitoring program is currently in place to ensure that no leakage occurs?” says Van Rooy.

Van Rooy says that knowing who is accountable in case of an accident or any other issues, especially those that may negatively impact communities along the coast, has become even more necessary in light of last Friday’s explosion and fire at the Engen oil refinery in Wentworth in Durban. 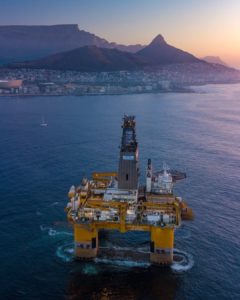 “This oil refinery has been around for nearly seventy (70) years and is clearly has maintenance issues and not functioning properly. The devastating fire – which released thick black smoke into the air – will likely have an impact on the surrounding communities’ health. This is, once again, clear evidence that we must move away from oil and gas, and start to accept that these are not the fuels of the future,” he says.

He adds, “Our partners at groundWork, in KwaZulu-Natal, say they are still waiting for the City’s evacuation plan – which they have been calling for, for the last thirty (30) years – as well as the air pollution monitoring that will allow affected communities to understand what toxic air they are breathing in.”

“It is this lack of information that we want to avoid, since leakages in the area of the Luiperd-1X could also impact marine life, and as a result, the lives and livelihoods of fishers and the community who live along the affected coastline. This is why we also want to know how long it would take for TEPSA, in the event of a leak, to detect such leakage and what emergency response is in place to protect the environment and affected communities. Therefore, the Green Connection will pursue some form of ongoing communication with Total, to ensure a transparent conversation relating to the point of risk in the ocean,” says Van Rooy. 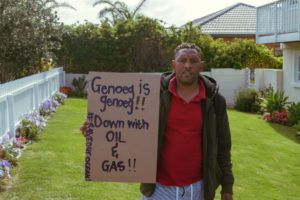 The Green Connection’s Geologist Jan Arkert adds, “What also remains unclear is why Deepsea Stavanger was moved out of Block 11B/12B and is now moored off Green Point? Does this imply that no further exploratory work will be conducted in this area? In addition, we also note, according to media reports that TEPSA has approached the government to begin negotiating the commercialisation of the gas finds in the Brulpadda and Luiperd wells. We want to know whether this process has begun and when we can expect the appropriate environmental impact assessment to commence, as well as when it is anticipated that authorisation will be issued.”

“Consider the explosion that happened at the Engen refinery in Durban, on Friday. It is another demonstration that, despite industry best practice, catastrophic accidents can still happen. That is why we believe it is imperative that TEPSA provide answers to these questions, so that there is complete transparency and accountability, should there be any issues with its equipment, in the future,” concludes Arkert.