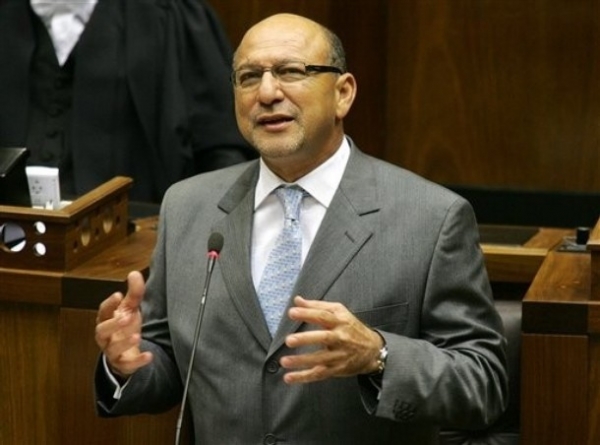 The largest ever financial vehicle for the distribution of climate justice is soon to be on the negotiating table at COP 17. International delegates at COP 17 are gearing up to discuss the Green Climate Fund, which requests of developed countries to provide developing countries with “scaled up, predictable, new and additional, and adequate funding” to deal with climate change. Its future might, however, be on shaky grounds.

The Green Climate fund is founded on the recognition that developed countries, because of their responsibility for the majority of past greenhouse gas emissions, have an obligation to developing countries who will be affected by the negative impacts those past emissions will have on them – developing countries, although consisting of 80% of world population, are responsible for only 1/5 of historic global emissions. In this light, under the UNFCCC, developed countries have committed to contribute at least $100 billion per year as soon as possible and no later than 2020. This finance in turn will be used by developing countries to enhance action on mitigation, adaptation, capacity building and technology development, in order to better respond to climate change.

Currently finance to developing countries comes in the form of fast start finance, which is supposed to “approaching USD 30 billion for the period 2010 – 2012” under the Cancun Agreements from COP 16. Of this only $16 Billion has been budgeted for the fast start period, by the countries who pledged their commitment. Despite the fact that the fast start period’s commitments aren’t on schedule to be met, COP 17 is looking to the future, beyond 2012 when the fast start pledges end and the build-up to the $100 Billion dollars per annum by 2020 begins. The next step in this process, it is hoped, is the financing of the Green Climate Fund (GCF), which still remains very much an empty shell.

Addressing the needs of developing countries

$100 billion when seen alone might seem a rather large figure, but when compared to the trillions of dollars spent bailing out banks in 2008, then $100 billion to bailout 80% of the world’s population from a dismal climate future seems a bit more reasonable. Also, when compared to 2010’s spending of $400 billion to subsidise fossil fuels, and $1.6 trillion on military spending, a paltry $100 billion doesn’t seem that much, especially considering that amount may not even be enough to address the needs of developing countries.

Various different sources of funding for the GCF have been proposed. One such source is a tax on various global financial transactions – the aptly named Robin Hood Tax – which has the potential added benefit of reducing speculative financial transactions and thus helping stabilize global markets. Another source is a tax on aviation and shipping emissions, which was recently proposed by the European Union. The global response to EU’s proposed regional tax has been less than encouraging, but much of the disagreement has to do with the limited and regional nature of EU’s proposed tax, rather than with the tax itself.

Oxfam, WWF and the International Chamber of Shipping, on the other hand, have proposed a global shipping tax in order to ensure that there isn’t “carbon leakages” from sectors not regulated under a less than global taxation mechanism. The Climate Action Network consisting of over 700 NGOs is demanding that the GCF is funded by such public sources of finances, as well as other possible sources of funding, such as special drawing rights, but, discussions on sources may be shot down before they get out of the blocks.

A 40-nation committee, co-chaired by South Africa’s NPC Chairperson Trevor Manuel, created a report detailing the potential working of the GCF. Consensus on the report was blocked, however, by two of global climate negotiations most infamous nations, the US and Saudi Arabia. They did, however, agree to let the report pass, but noted their disagreement with sections of it.

However, with discussion on the Green Climate Fund and long-term financing set to reopen today, that disagreement may come back to haunt the global community. If Saudi Arabia and America decide to reopen discussion on the report, this might stall decisions on climate finance for quite some time to come, and delay meaningful action on it. Furthermore, with rumors circulating that the Bolivian Alliance for the America’s and a few other countries might want to reopen the document as well, the threat of a can of worms opening up that will take forever to close, is quite real.

There are still a number of issues that need to be ironed out with regards to financing. One of the main issues is a clear cut definition and regulation of what counts as new and additional funding. Many countries are simply redirecting existing aid funds to climate change issues. More nefariously, the US and a few other countries are accused of using the threat of withdrawal of funding aid to hold recipient countries hostage to their political will during the climate negotiations – a political will which might very well jeopardize their future.

SA one of the highest emitters

As a South African, with one of the highest current per capita carbon emissions, I cannot help but wonder, if the GCF is successful, when will we and other “progressive” developing countries like China, Brazil and India (with our ever-increasing emissions) stop being recipients of the GCF, and start being contributors to it? Nonetheless, as a tool for the deliverance of climate justice and the wealth transfers associated with it, the GCF could be the greatest global mechanism available.

While one can understand why Republicans skeptical of the climate change see the GCF to be the tool of global socialism, for those of us who understand that the impacts of climate change are real and who recognize the developed world as the cause of many of those impacts, justice needs a vehicle, let’s hope Saudi Arabia and the US don’t create an intractable oil slick on its road through COP 17.