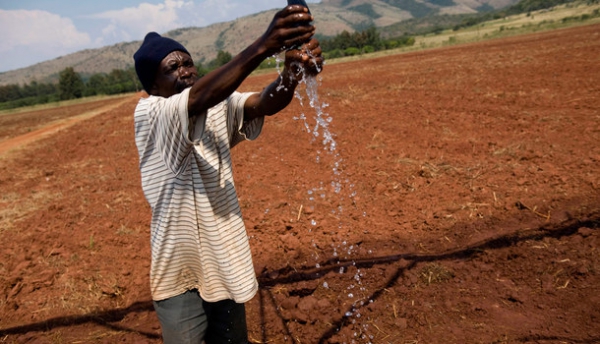 South Africa is one of the 30 driest countries in the world. It has an annual rainfall of just under 500 mm per annum, which is far below the global average of 860 mm. The country’s limited water resources are faced with challenges such as climate change and pollution. These two factors impact on SA’s ability to provide water for human consumption, and its various economic sectors.

The effects of climate change have exacerbated the country’s water services delivery woes through extreme weather events, such drought and floods. Currently, South Africa is 2° C hotter and 6° C drier than 40 years ago. Similarly, the frequency of floods has increased significantly.

As a result, the country has been hit by a number of natural disasters such as:

Such devasting events pose a threat to the water quality in SA. On the other hand, water pollution has been prevalent in many parts of the country, particularly in rivers.ÂÂÂ  According to the Environment and Conservation Association, 80% of the country’s water sources are threatened by pollution. This could be attributed to the unprecedented rates of disposal of industrial and domestic waste into rivers.

South Africa generates 108 million tons of waste per annum. Of these, 98 million tonnes is discarded in municipal landfills, which ultimately contribute to the pollution of water sources through runoff. On the other hand, 7.6 billion litres of wastewater is treated each day across the country. Much of this wastewater is inadequately treated, and ends up in rivers as raw sewage.

However, SA is hailed across the globe when it comes to water legislation. To begin with, water is considered a human right in South Africa, owing to its post 1994 democratic dispensation, and the historical skewedness of water provision in South Africa. At the dawn of democracy, the South African population was 40 million. Of these, an estimated 14 million of South Africans were deprived of access to water supply services.

These two advocate for the use of water in promoting social and economic development, and gives national authorities a constitutional obligation to provide suitable infrastructure for water resources management. These reforms have successfully managed to transform the water services sector albeit with apparent challenges. To date, “more than 90% of the SA’s population is now accessing clean and safe water”- SA Medical Research Council, 1999.

Currently, there are more than 500 state owned dams, with a storage capacity range of 5 500 million m3 down to 0, 2 million m3 of water, thus providing about 10 200 million m3 of water per annum. So the country is faced with major challenges in meeting its water supply demands. In an attempt to fix the problems, construction of bulk water supply infrastructure such as dams have been built across the country. However, the majority of these newly built dams are controversial and unlikely to fully satisfy the current and projected demands of water supply in the country.

South Africa is facing challenges in striking a balance in the allocation of water for human consumption and its various economic sectors. Climate variability is worsening the current water crisis, and impacting on the availability of water due to various factors.

The increase in evaporation rates with rainfall leads to a decrease in runoff. Generally, the stream flow in South Africa is relatively low. Only 9% of the rainfall runoff reaches dams and rivers. Given the low and variable rainfall across the country, this contributes to water shortages in SA.

Most industries and human settlement in South Africa are located in water stress areas. Therefore, the demand for bulk water in these areas outweighs the supply, hence the existing challenges.

South Africa’s major rivers such Limpopo, Inkomati, Pongola (Maputo) and Orange (Senqu) rivers are shared with neighbouring countries. All these rivers contribute 40% of the country’s total surface runoff, and supports 70% of SA’s Growth Domestic Product. This puts a severe pressure on these water resources.

Invasive alien species are also impacting on the availability of water in SA’s. About 7% of the total national surface water runoff is absorbed by the invasive alien species. Furthermore, they alter the integrity of the water resource through the following:

There are also human induced challenges that pose a threat to our water resources, such as river pollution due to agri-chemicals and sewerage.ÂÂÂ  Harmful fertilizers and pesticides used on farms are leached into the soil, and are deposited into the rivers through the process of runoff. Similarly, inadequate sanitation has led to the contamination of rivers across the nine provinces of South Africa. Such disturbance of the rivers triggers health risks to both fresh water ecosystems and humans, and contributes to the worsening of the water scarcity.

“By 2015, 80% of South Africa’s fresh water resources will be so badly polluted that no process of purification available in the country will be able to make it fit for consumption”- Environment and Conservation Association, 2010. This indicates that immediate intervention is needed to save this precious and scares resources.

Currently, 24 municipalities have allegedly dumped sewage into freshwater systems. “Hundreds of thousands of people in 24 municipalities across South Africa are living in sewage pits, caused by the alleged criminal negligence of officials”- Times Live, 2013.

It is likely that active citizens and NGO’s are going to press criminal charges against these unscrupulous acts that destroy our water resources. Such pollution contributes to water shortages and waterborne diseases outbreaks in SA.

Agri-chemicals or wastes are also equally fatal. The availability of advanced technologies for applying fertilizers and pesticides enhances the deposition of chemicals into the adjacent rivers.
South Africa uses only 2% of the total global pesticides per annum. Of these, 99% of sprayed pesticides end up polluting untargeted substrates such as soils and water. According to the Water Wheel Report 2008, 35% of SA dams are impaired by eutrophication, which exceeds the continental average of 28%.

18 million people have no basic sanitation

Community health expert, Dr Jo Barnes, points at authorities’ reluctance to invest in new sanitation infrastructure as the major cause of waterborne diseases in communities.

The Green Drop Report 2010 revealed that “half of the country’s 852 water treatment plants were in a critical state”. In 2008, water from 142 South African rivers were reportedly declared unsafe to drink, due to the high levels of pollution and the presence of the deadly bacteria, E.coli.

Consequently, millions of South Africans have been subjected to various waterborne hazards. The cholera outbreak that hit 3711 and killed 32 people in Kwazulu Natal in the year 2000 was due to inadequate sanitation. By 2001, there were 106 389 reported cases of chlorella that killed 229 nationally. This year, there were 150 reported cases of diarrhoea cases and 2 deaths in the Durban area of Kwazulu Natal. 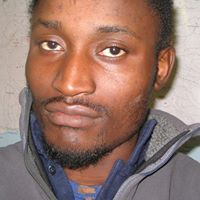 Read further next time, as Allen explores water conflicts, the battles of poor communities, and the all important solutions to our water challenges.