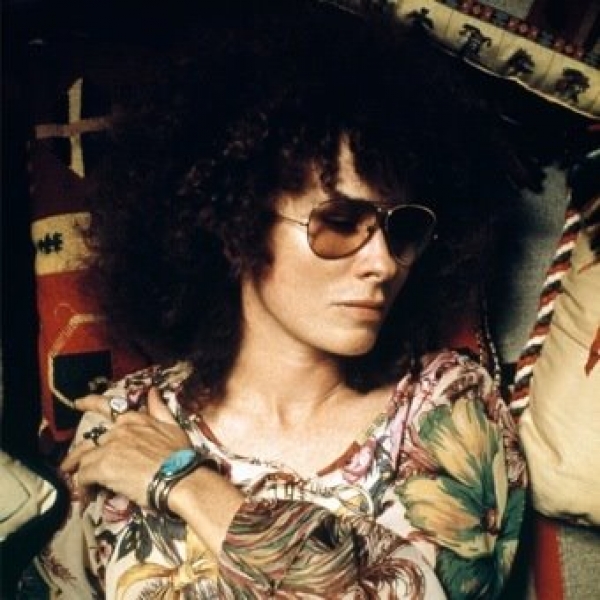 Ever since the 60’s, rock music has expressed environmental and personal concerns and commented on a world gone wrong. One of the big voices from that time, talented singer/songwriter Dory Previn’s long and fascinating life came to an end in mid February. She leaves us with many a classic song, including tales of the dark side of the seventies and a free internet-only environmental album entitled Planet Blue.

Dory Previn was born Dorothy Langan in New Jersey, the eldest daughter in a strict Catholic family of Irish origin. Growing up, she had a difficult relationship with her father, who had been gassed during his service in World War I. He would have paranoid spells where he was convinced the gassing had made him sterile; therefore she could not be his daughter. For a while he locked himself in the attic. Though he supported her when she began to show talents for singing and dancing, his mental health deteriorated after his second daughter was born, culminating in a paranoid episode in which he boarded the family up in their home and held them at gunpoint for several months.

Dory worked as an actress and a dancer until she began writing songs and landed a job at film studio MGM, where she was assigned to work with Andre Previn. She suffered a nervous breakdown in 1965 and was briefly institutionalised, but she continued to work. Indeed, this period produced one of her most successful works – the soundtrack to kitsch classic Valley Of The Dolls. The album spent six months in the charts, and the theme song was a top 10 hit for Dionne Warwick.

Dory married her long-time collaborator and fellow composer Andre Previn in 1959 and the couple was nominated for an Academy Award in 1960 for creating Judy Garland’s Pepe score and the film’s hit The Faraway Part of Town – and again two years later for penning a tune for Two for the Seesaw. In addition she wrote hits for Frank Sinatra, Tony Bennett and Doris Day.

the split and the rebirth

Previn split from her husband in 1970 after learning of his affair with actress/activist Mia Farrow, which she wrote about in the classic track “Beware Of Young Girls” (Farrow would apologize to her many years later in her memoir What Falls Away). Following her divorce, she received a third Oscar nomination for Come Saturday Morning, a song she co-wrote for Alan J Pakula’s debut feature Pookie.

The split proved too much for Ms. Previn, who had a history of emotional fragility and mental illness. Fearful of travelling in general and of flying in particular, she had a breakdown on an airplane that was waiting to take off, shouting unintelligibly and tearing at her clothes. Following this, she spent several months in a psychiatric hospital undergoing electroshock therapy among other things. The episode, as awful as it was, proved to be a turning point in her life, and she soon launched her solo career.

“I was always afraid to write music,” she said in 1970. “I wouldn’t have presumed to with a musician like André around the house. But I play a little guitar. So I started working them out on the guitar, thinking I could interest some singer in recording them and that’s how all these songs were born.”

Albums like ‘Mythical Kings and Iguanas’ and ‘Reflections in a Mud Puddle’ epitomised her confessional approach to songwriting. She candidly recounted all the intense details of her life, such as her troubled upbringing and mental problems. “A Stone for Bessie Smith” is about the premature death of singer Janis Joplin, while “Doppelgänger” examines the latent savagery of humanity. Songs dealing with emotionally frail characters appear as “Lady With the Braid,” and “The Altruist and the Needy Case,” while “With My Daddy in the Attic,” deals with her complicated relationship with her disturbed father. In “Esther’s First Communion,” she wrote about a girl’s indoctrination into religious ritual and her revulsion at it. Feminist issues and dilemmas are explored in “Brando” and “The Owl and the Pussycat.”

After her 1976 album ‘We’re Children of Coincidence and Harpo Marx,’ she took a break from recording for several decades. Award success came at last in 1983, when she received an Emmy for co-writing the theme song to TV show Two Of A Kind. In 1984, she married Canadian actor and painter Joby Baker, whom she had known since the seventies.

others followed her honesty

She never became as widely known as 70s comrades such as Joni Mitchell, Carole King and Laura Nyro (though she did record a live double album at Carnegie Hall), because her lyrics – frank and dark, even when tinged with humor – were not the stuff of pop radio. Her influence and social conscience can be clearly felt in the soul-baring lyrics of modern female artists such as Sinead O’Connor, Tori Amos, Paula Cole and Tracy Chapman.

Jarvis Cocker and Camera Obscura are just a few of the many latter-day musicians who openly admire her work. Cocker chose her track “Lady with the Braid” as one of his Desert Island Discs in 2005. He also paid tribute to her in his 2011 book of selected lyrics, Mother, Brother, Lover. Camera Obscura released a song named “Dory Previn” on their excellent Let’s Get Out of This Country.

In 2002, Dory released a royalty-free album entitled ‘Planet Blue’ on the internet. It is a selection of her recent and previously unreleased songs and subject matter such as the war in Iraq, environmental degradation and the threat of nuclear disaster are covered. She included the following message:

“To everyone appalled by the devastation done to this little blue planet. To this, our Mother Earth, who shelters and feeds us, I offer this CD. To everyone yearning for peace, please copy it. Make as many more as you wish. And, please, pass on copies to your friends. Thank you. Dory.”

Ms. Previn died of natural causes at age 86 on her Southfield farm in Massachusetts on Tuesday, 14 February. In addition to her husband, she is survived by three stepchildren, Michelle Wayland, Fredricka Baker and Scott Zimmerman, and six step-grandchildren.

We are interested in tracking South Africans who are following Dory’s example in using their art to help create environmental awareness, which needs all possible platforms now. Regardless of whether it be through art, music or poetry, if you feel like you fit this bill (or if you know of someone who does), please contact us to be a part of a story we will be doing on the topic. Thank you.