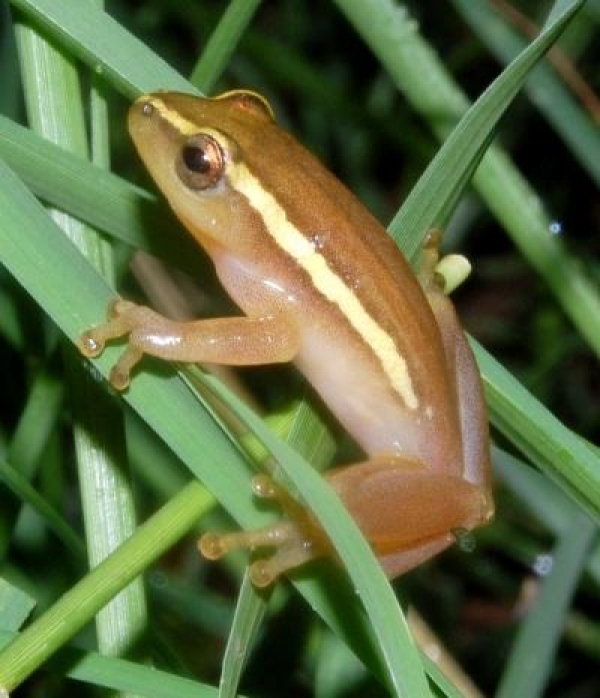 Across the globe, amphibian numbers have been in fast decline since first reported in 1990. Habitat change due to human population growth has been identified as the leading factor, but in pristine habitats population reductions are as a result of a number of factors including ultraviolet light, climate change and infectious diseases.

The South African National Biodiversity Institute (SANBI) today launched a groundbreaking publication entitled Ensuring a Future for South Africa’s Frogs: a Strategy for Conservation Research, which includes an updated Red List of the country’s frogs. It is also a policy document that will guide researchers, policy makers and conservationists to prioritise research on threatened amphibians for the next five years.

South Africa has exceptionally rich plant and animal diversity, and boasts over 50 000 species, which include no less than 118 species of frogs, 51 (43%) of which are endemics. Our frogs include the smallest (and Critically Endangered) micro frog in the lowland fynbos blackwater to the largest African Bullfrog in the temporary pans of the Free State, Gauteng, Mpumalanga and Limpopo.

The new publication aims to ensure that the scare resources available for the conservation of South Africa’s frogs are most effectively utilised in understanding and reducing the threats to our extraordinary amphibian biodiversity. 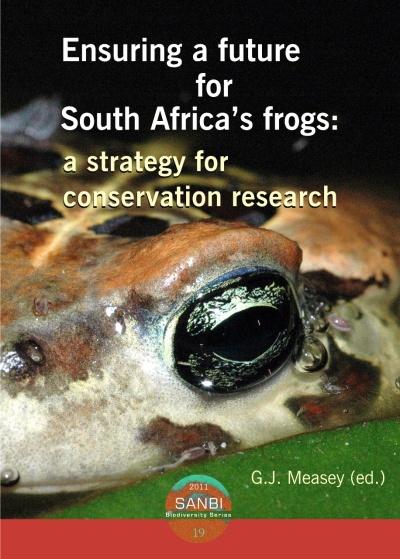 In order to provide a global picture of the status of amphibians, IUCN together with Conservation International and NatureServe combined to produce the Global Amphibian Assessment published in 2004 (Stuart et al, 2004). At this time, South Africa was leading the way by already having produced its own national assessment of frogs which was also published in 2004 (Minter et al 2004).

Five years after the publication of the South African Frog Atlas (Minter et al, 2004), it was time to re-assess South Africa’s 118 species of anuran amphibians. The very solid foundation laid by the former Red List was essential to produce the update, and with it an opportunity to look back over the last five years of amphibian research and decide what we need to know before the next assessment is due. The release of this new publication is the result of the exercise.

Assessments of all species took place from September 2009 and were finalised in a workshop at SANBI on 2 December 2009, when the South African Frog Re-assessment Group was formed.

According to Dr John Measey, Amphibian Researcher at SANBI: ‘Despite a history including some of the world’s best herpetologists, South Africa still has new frogs to describe, and these require a combined approach including molecular studies in conjunction with morphological and call analysis. Timely descriptions are important as each new species is likely to have an increased threat status, also requiring reassessments of other species within the genus.’

Priorities for conservation and monitoring include the (now) Critically Endangered Amatola Toad (Vandijkophrynus amatolicus), last seen in September 1998 and the subject of a co-ordinated effort to find them again. The list of priorities for conservation research is particularly long and this caused a lot of concern as there is not sufficient capacity or locally available funding to conduct the work that is required.

A lack of researchers

Including museums, universities, research institutes and provincial nature conservation organisations, South Africa has a total of 14 amphibian researchers, most of who also work on reptiles and other small vertebrates. This capacity needs to grow in order to meet the increasing threats to the country’s frogs.

The reassessment and research strategy represents an important step forwards for conservation of amphibians in South Africa, and a model approach for other areas of the globe. The fulfilment of the targets presented is ambitious given the small capacity and lack of local funds, but would represent a significant step to redress the loss of the region’s amazing amphibian biodiversity.