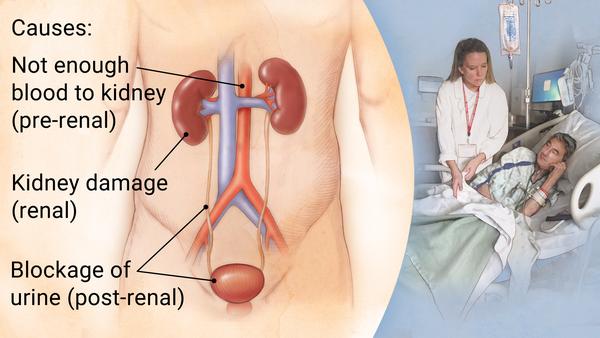 Here is an overview of some exposures that you should be aware of, as well as their sources: 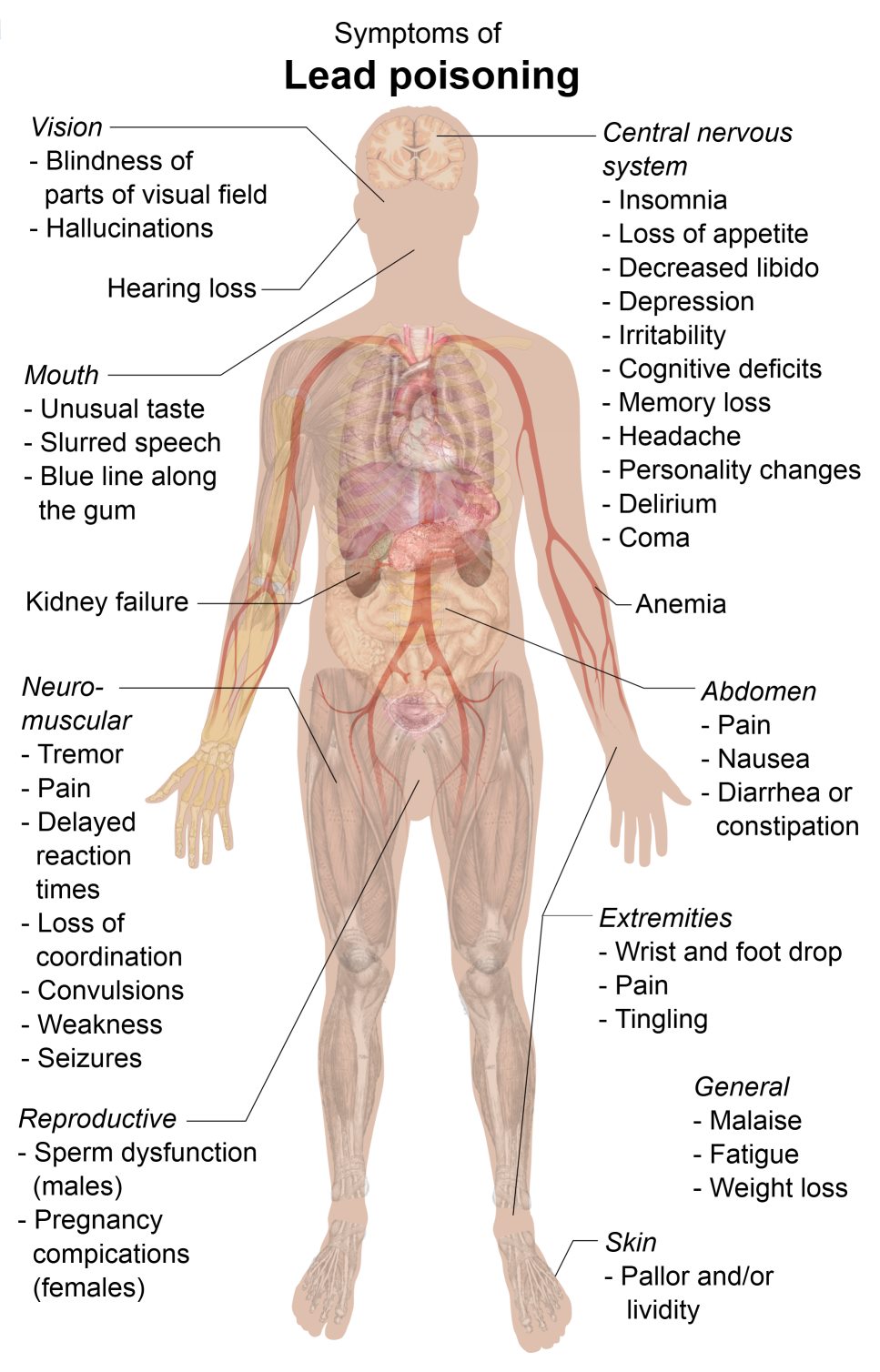 A common heavy metal, lead has been around in construction industry, paints, battery manufacturing, gasoline, etc for a long time. Its use in some of these industries is being phased out gradually since it is now a well known cause of kidney disease, among other things. Lead exposure from moonshine alcohol use is a common cause in certain parts of the world. It is associated with a type of chronic kidney disease called Lead Nephropathy. Patients with lead nephropathy will often also have gout and high blood pressure as well. Read more here. 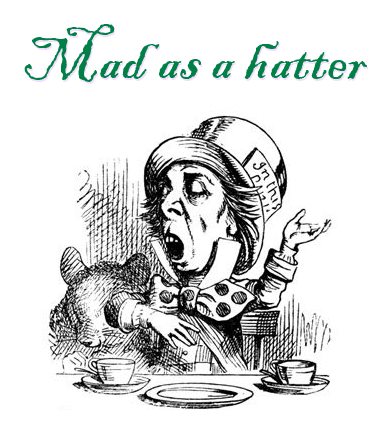 Hat makers in the 1800s suffered from mercury poisoning because they kept contaminated pins in their mouths.

We are now well aware of the dangerous effects of mercury and its vapors on health. Fish is a well known source, and the NIH recommends against eating certain kinds. However, it can be present in other sources (plants, meat, cereal and even water). Combustion of fuel and coal is another major source. Finally, people working in certain industries (electric bulb or switch manufacturing, battery manufacturing) are prone as well. Specifically, in the kidneys, mercury is toxic to the tubules but it can also damage the kidney’s filter (glomerulus) directly. Diseases of the filter (Membranous Nephropathy, Minimal Change Disease) have been reported after use of mercury-containing skin lightening creams. Read more here. 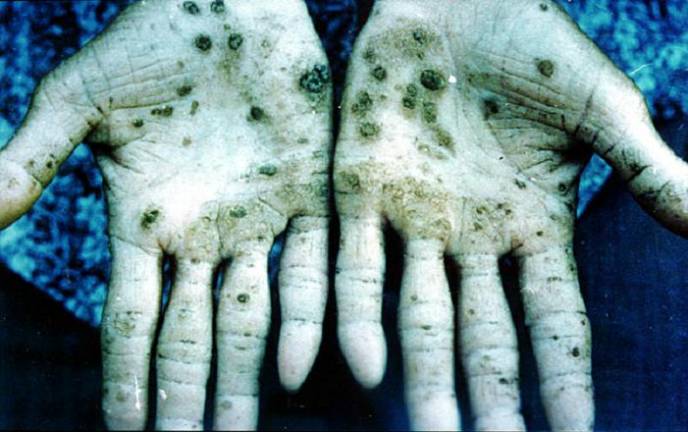 A naturally occurring element, arsenic occurs in groundwater, pesticides, and seafood. Burning wood that has been treated with arsenic compounds could be a source of exposure if the fumes are inhaled. Arsenic is still used in traditional folk remedies. Arsenic does cause chronic kidney disease for which currently no treatment exists. Read more here. 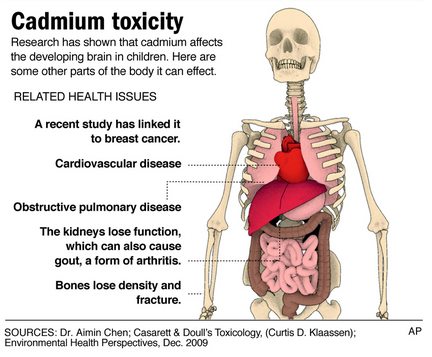 Cadmium exposure can occur from cigarette smoking, and combustion of industrial or household waste. Food sources include contaminated water, shellfish, liver and kidney meats. People working in metal industries, smelters, and battery manufacturing can be exposed as well. Cadmium buildup can lead to chronic kidney disease as well as kidney, prostate, and bladder cancer. Kidney stones have been reported. Death from kidney failure from cadmium toxicity is a classic feature of Itai-Itai disease. Read more here. 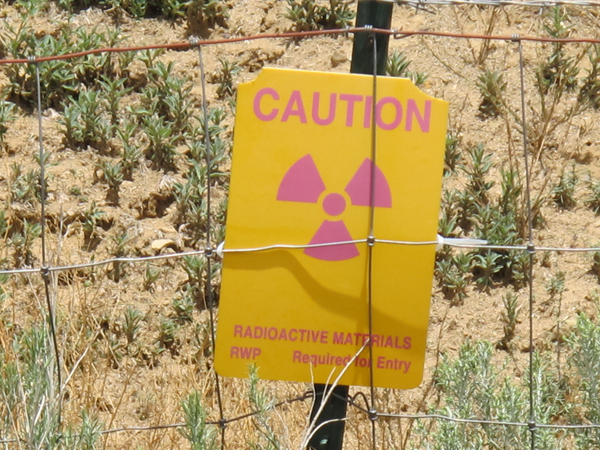 Found in soil, water, and even plants. Its specific effects on the kidneys include elevated levels of calcium and protein in the urine. In extreme cases, it can cause acute kidney failure. A study done on people who lived in the area surrounding a U.S. Department of Energy (DOE) uranium processing plant near Fernald, Ohio reported elevated serum creatinine levels in those who had lived close to the plant. Kidney stones, urinary tract strictures, and bladder disease were reported as well. Read more here. 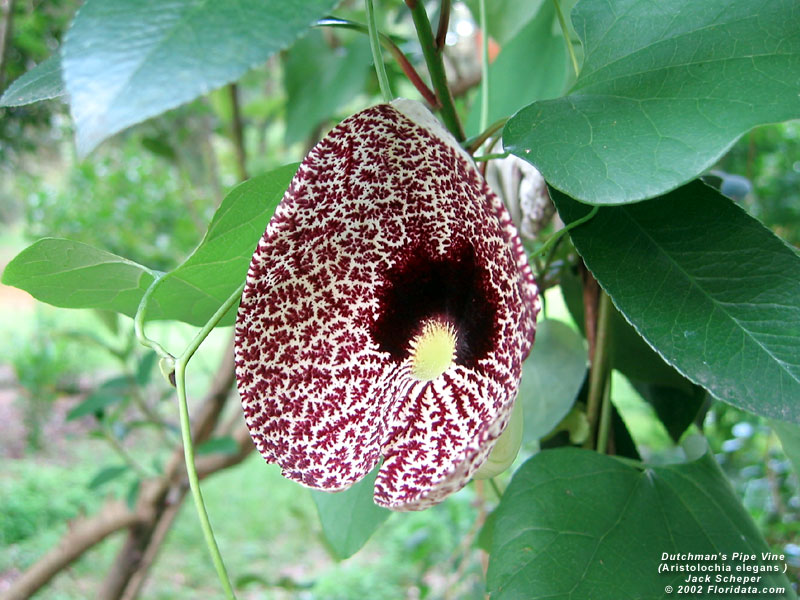 Aristolochia (an example plant being Birthwort) is a geographically widespread plant and grows in diverse climates worldwide. It has been used since antiquity in traditional medicine, and is still a popular ingredient in Chinese traditional medicine. However, now that its role as a kidney toxin and cancer causing agent is well understood, the International Agency for Research on Cancer has classified it as a Group 1 carcinogen. Read more here. 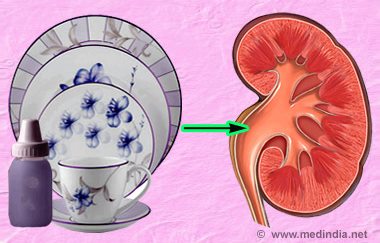 Found in contaminated milk, plastics, and adhesives, melamine has been known to cause kidney failure and kidney stones. An industrial chemical, melamine is also commonly used in the manufacture of a number of products like melamine crockery, plastic materials, gum, tiles, filters, dyes, fertilizers, fabrics and fire retardants. Read more here.