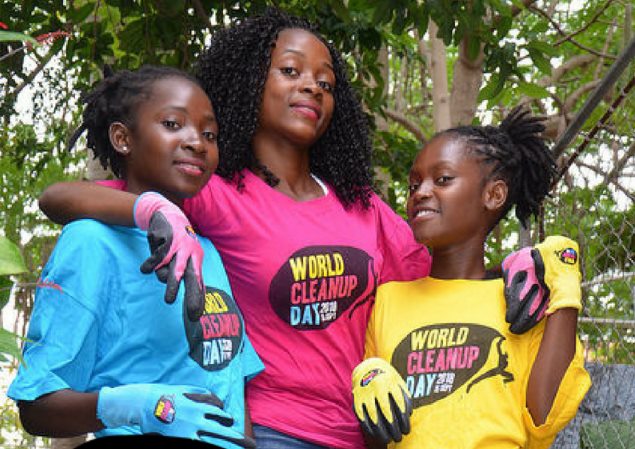 World Cleanup Day is a worldchanging idea with a humble beginning. The idea to collectively clean a country started in the small nation of Estonia in 2008 when 50,000 people came together to clean up the entire country in just five hours.

This civic action was carried out by volunteers and saved the government millions of Euros. The organisers named the action Let’s Do It!, which perfectly describes the simple logic and ethos of the movement. The success of the Estonian cleanup spread across the world and now over 130 countries organise cleanups based on the same model. The Let’s Do It! movement has grown to be the biggest organisation of its kind in the world. As Estonia celebrates its 100th anniversary this year, World Cleanup Day 2018 is also the country’s gift to the world.

On 15 September, all these countries, volunteers and partners will come together to rid the world of trash and clean up mismanaged waste. A powerful ‘green wave’ of cleanups will start in New Zealand and end in Hawaii 36 hours later with millions of people working towards one goal: a cleaner world. But, Let’s Do It! has never been only about cleaning up waste. The organisation also aims to mobilise the global community to raise awareness and implement lasting changes to achieve a cleaner and healthier planet for all.

It is estimated that each year, 8 million tonnes of litter end up in the environment – causing a serious threat to people, wildlife, soil, water and air.

Plastics|SA is proud to be partnering with Let’s Do It! Africa, and providing resources towards the biggest global cleanup that the world has ever witnessed. On 15 September 2018 five percent of the globe’s population will be mobilized to pick up trash as World Cleanup Day starts in New Zealand when the sun rises and moves around the globe with the time zones until it sets, ending in Hawaii 36 hours later. 150 countries globally are committed to the Let’s Do It! campaign – 60 of those in our own continent Africa and proudly South Africa is one of them!

World Cleanup Day is a call to action for the public, decision makers and all citizens alike, to take real action in solving the waste problem. For the past 22 years, Plastics|SA has been partnering with Ocean Conservancy by coordinating South Africa’s involvement in the annual International Coastal Cleanup – one Saturday in September when thousands of volunteers are encouraged to help collect and remove litter from our waterways as part of Cleanup & Recycle SA week. This year it will take place from 10-15 September 2018, culminating in the first World Cleanup Day. 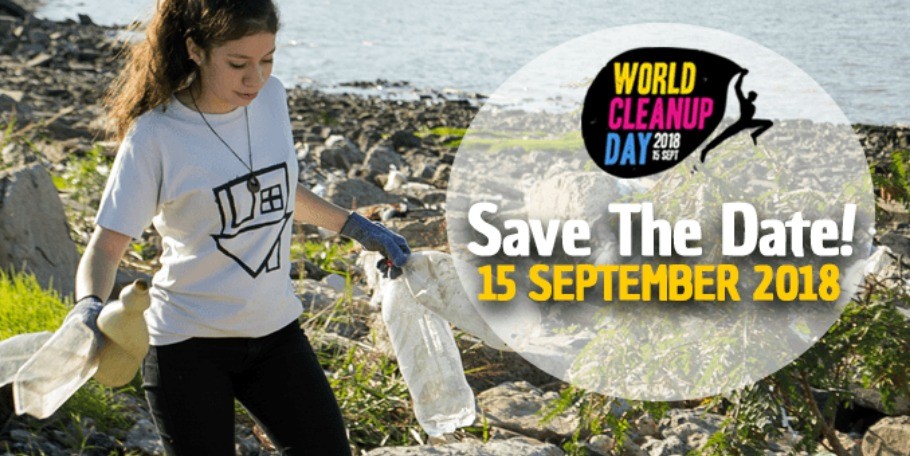 “This is the biggest positive civic action the world has seen, and we are fortunate to be part of this global movement that hopes to inspire change in human behaviour,” says Douw Steyn, Sustainability Director of Plastics|SA.

Steyn acknowledges that packaging is one of the biggest culprits when it comes to pollution. However, as one of the first signatories of the Marine Debris Declaration, whereby 74 plastics associations from around the world have committed themselves to fight marine litter, Plastics|SA actively supports projects in six key areas aimed at contributing to sustainable solutions, namely education, research, public policy, sharing best practices, plastics recycling/recovery, and plastic pellet containment.

“We have managed to get other packaging streams and retailers to support our efforts and recycling initiatives, such as our beach clean-ups, Operation Clean Sweep, sponsoring litter booms and the Aqua Amazing schools’ education programme. Last year alone, we donated 350 000 yellow refuse bags that were used for clean-ups around the country and assisted coordinators with audited clean-ups,” he says. 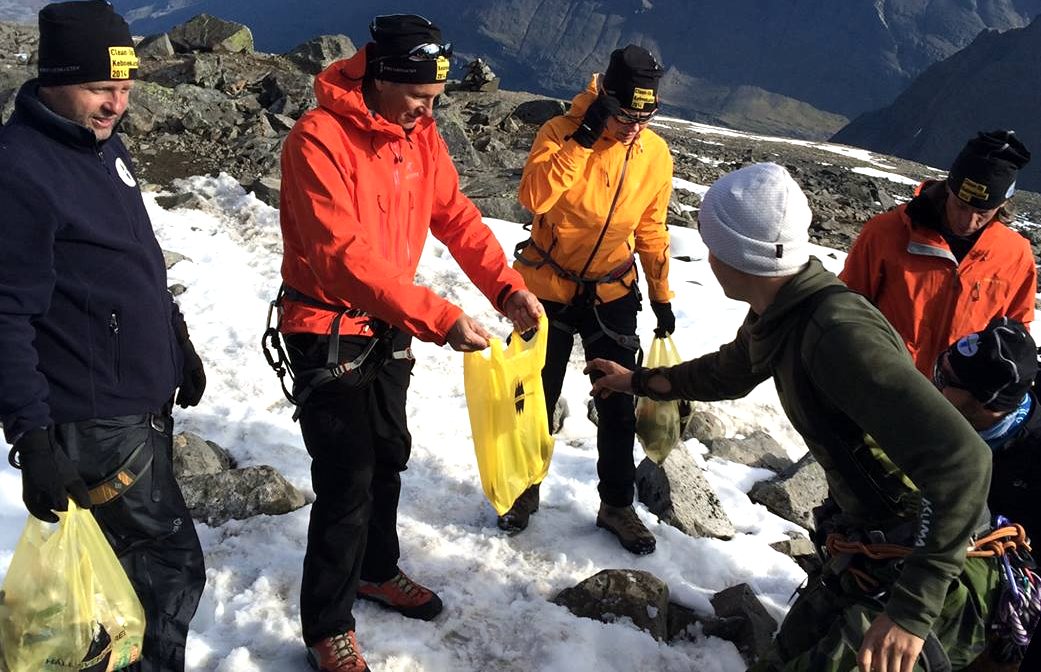 Approximately 80% of ocean litter is derived from land-based waste. Without effective waste collection, an avalanche of debris will enter the ocean. To prevent this, Plastics|SA is not only encouraging South Africans of all ages, races and backgrounds to participate in this year’s Cleanup and Recycle SA week activities and World Cleanup Day, but also to be responsible in their daily activities by ensuring their recyclables are collected for recycling as we all continue to work towards a common goal: creating a cleaner world.

South Africa’s participation in the World Cleanup Day was launched at a beach cleanup that took place at Milnerton’s Woodbridge Island in Cape Town last week. Attending the event was Erik Solheim, United Nations Environment Executive Director, who joined Clean C, the Department of Environmental Affairs, Let’s Do It Africa team, Plastics|SA and other organisations. Solheim said it was very encouraging to see the enthusiasm and the efforts by locals to protect the ocean and keep the beaches clean.

“South Africa is doing great and it is fantastic to see so many people being mobilized. Your country has some of the most beautiful beaches in the world and has a very long coastline. However, more needs to be done. We see the problem of litter on the beaches and marine environment all over the world. The good news is humans created this problem, but we can definitely solve it too. We need to clean the beaches and keep them beautiful, but we also need to stop the garbage coming from the source,” Solheim encouraged. 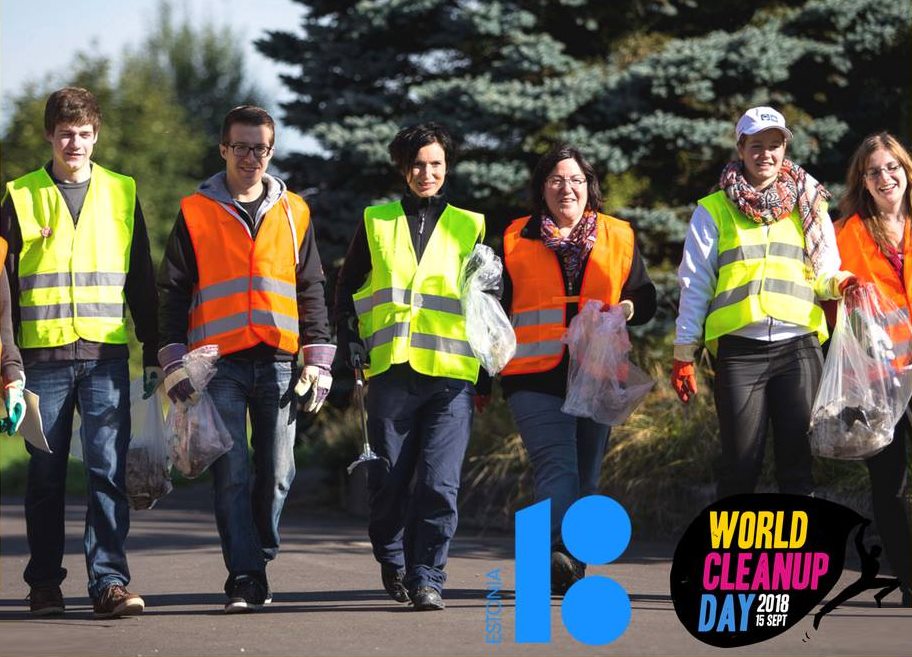