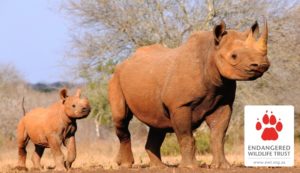 The Endangered Wildlife Trust (EWT) welcomes the announcement by the Chinese Communist Party to enforce the ban on illegal wildlife trade and increase regulation of wildlife markets. Evidence points to wildlife markets as a source of the novel coronavirus (2019-nCoV), which has resulted in human and economic costs. The EWT emphasises their position that these markets pose serious risks to public safety, conservation, and animal welfare, and we urge the Chinese government to follow-through with its announcement.

On 4 February 2020, the Chinese government announced plans to escalate regulation of wet markets and enforce the ban on illegal wildlife trade. At a meeting of the Chinese Communist Party Politburo Standing Committee, the government issued a statement announcing its determination to “resolutely ban and severely crackdown on illegal wildlife markets and trade,” recognising the threat to public health from these unregulated markets. The EWT sees this as a strong step in the right direction, following the government’s temporary ban on 26 January.

The impact of the 2019-nCoV has extended far beyond the Wuhan province. By 6 February, infection had surpassed 24,500 cases and nearly 500 deaths globally. The World Health Organisation released a USD$675 million Strategic Preparedness and Response Plan outlining activities and resources for the global health community to prepare for and respond to the epidemic. Its far-flung reach is evidence that this zoonotic disease (one that transmits between animals to humans) can spread quickly and broadly.

There have also been detrimental financial costs associated with 2019-nCoV. On Monday 3 February, the Chinese stock markets plunged 8%, wiping out a total $445 billion in market value. While the SARS outbreak of 2003 cost $40 billion, the growth of the Chinese economy over the past 17 years means the impact of 2019-nCoV is much more significant. Some economic forecasters have attempted to quantify the global impact; Oxford Economics predicts annual Chinese economic growth will drop from 6% pre-virus, to 4%. International retailers have closed operations in the country. Corporations with facilities in neighbouring countries, such as Hyundai in South Korea, have halted production. China is a major buyer of industrial commodities, and crude oil and copper have subsequently dropped in price.

The origin of 2019-nCoV was likely Wuhan’s Huanan Seafood Wholesale Market. The Chinese Centre for Disease Control and Prevention tested 585 animal samples from this market and confirmed that 33 contained 2019-nCoV. Initial cases seemed to originate from contact with wildlife kept in unsanitary conditions, and the most likely source was bats. In late January, experts warned that accelerated human-to-human transmission was possible. This was confirmed on 28 January with the first transmission in Germany.

The EWT’s Wildlife in Trade Programme works to address trade-related threats to threatened wildlife. Several threatened and protected species from southern Africa regularly make their way to Chinese markets, where they are sold live or for their parts. Ironically, customers consume thee animals for their supposed health benefits and yet several diseases have now been linked to the consumption of wildlife. In these ‘wet markets’ customers come into close contact with animals such as pangolins, bats, snakes, and many others. The conditions in which the animals are kept has repeatedly been condemned for being inhuman and detrimental to both animal and human welfare.

About the Endangered Wildlife Trust

The EWT has worked tirelessly for close to 50 years to save wildlife and habitats, with our vision being a world in which both humans and wildlife prosper in harmony with nature. From the smallest frog, to the majestic rhino; from sweeping grasslands to arid drylands; from our shorelines to winding rivers: the EWT is working with you, to protect our world.

The EWT’s team of field-based specialists works across southern and East Africa, where committed conservation action is needed the most. Working with our partners, including businesses and governments, the EWT is at the forefront of conducting applied research, supporting community conservation and livelihoods, training and building capacity, addressing human wildlife conflict, monitoring threatened species and establishing safe spaces for wildlife range expansion.

A beacon of hope for Africa’s wildlife, landscapes and communities, the EWT is protecting forever, together.