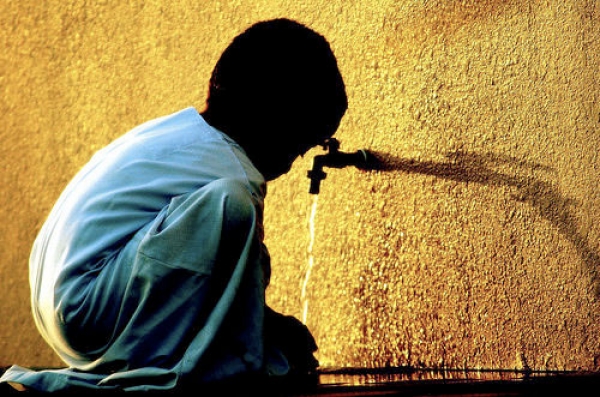 Having gained a unique perspective of the local water environment through serving as chief director of the Department of Water Affairs, Dr Harrison Pienaar joined the CSIR last year as competence area manager of the Ecosystems Services research group. Chantelle Mattheus recently took the opportunity to discuss both his – and the CSIR’s – focus moving forward and where he sees research and development fitting in the larger landscape.

“At water affairs I was always at the forefront of identifying the strategic thrust of the sector and the department. Being at the CSIR the question becomes: how do we respond as a science council to these strategic thrusts that have been identified – and I find myself at the forefront of assessing how these two relate,” says Pienaar. The CSIR recently embarked on a major drive to find solutions for some of the key water challenges facing the country with a huge multidisciplinary team already having started working in a number of identified key areas.

Pienaar explains that the CSIR has over the past few years launched a number of ‘flagships’, which were identified through an open review with and/or by external partners in terms of directing the research in order to respond to the implementation challenges facing the water sector. This makes the organisation’s focus “slightly different from your day to day research perspective.” The three flagships are: water, health, and safety and security.

To date, on the water flagship, the team has consulted with the water sector for growth and development documentation, the national water resource strategy and also the framework for national infrastructure investment through various consultation sessions with notable role players, “just to make sure that we are responding to the right strategic objectives and outcomes,” explains Pienaar. Through this process, water resource infrastructure, planning and governance from a regulatory perspective, as well as monitoring and real time response, were identified as strategic thrusts.

“All these intervention areas lead into or support the outcomes identified within the minister’s delivery agreement and the CSIR would like to respond to those particular challenges – and we have the resources to do so,” he said.

high time to apply what we have learned

Pienaar recently co-authored a book on Sustainable Use of South Africa’s Inland Waters, and he explains that the book serves to illustrate that “the water sector in South Africa is already matured. We know what we need to do in terms of new technologies and research methodologies being developed. It is now high time we applied this – and that is my focus here at the CSIR. We are looking at what technologies are readily available to respond to the identified areas.”

The solutions are focused at a short-term (within the next 18 months), medium-term and long-term impact, with the short-term solutions availing themselves of technologies already readily available in the CSIR. “We are now just giving them a final test run at lab scale.”

With regards to the water infrastructure focus, however, there is a crossover of applicability to the other two foci as well, two pilot areas in Gauteng and Limpopo have already been identified. “The two sites have been identified because we want to ensure our intervention can speak to the urban context, as well as the semi urban,” says Pienaar.

The Gauteng pilot area is next to Erwat in Ekurhuleni. “This area was identified because it is easily accessible for the scientists involved given the proximity to the CSIR campus in Pretoria. It is also because of the magnitude of possible impact through being located in Gauteng, where almost five provinces are affected in terms of downstream impact. Erwat is already on board,” says Pienaar.

The second pilot area in Limpopo was identified through ‘red flags’ noted in the Department of Water Affair’s Blue Drop and Green Drop reports. A team has already visited the Sekhukhune District in Limpopo to confirm that the intervention will have meaningful impact. “There is not a single wastewater treatment work (WWTW) without a challenge,” says Pienaar.

The process itself involves biogas to energy projects, through the fitment of anaerobic digesters on the WWTWs in order to optimise the efficiency of the plant in terms of incoming and outgoing sludge – and because of the bio processes involved there is an energy efficiency component to it. “Erwat currently spends large amounts of money on a monthly basis on their electricity bill. Part of our intervention will almost decrease this expenditure by half. Can you imagine if they spend R800 000 on utility costs and we halve this?

“The nice thing about this project is that anaerobic digestion actually relates to the water energy nexus, which is at the forefront of current discussions. But the bigger picture is that when you talk water, it cannot be taken out of the context of energy and food security. These three pillars are always going to be hand in hand and if you are going to address the water problems, you have to look at the other two pillars.”

An added advantage of the Ekurhuleni and Sekhukhune District projects is that a number of local communities in the area can also benefit from the project through community involvement initiatives. “The process involved in utilising the anaerobic digester will also result in deactivated sludge, which can then be taken up by communities for community gardening and further similar projects, serving as an alternative revenue stream for the utility and/or the communities.” Hence, discussions have been entered into with the Ekurhuleni Metropolitan Municipality.

“So in a nutshell, the water flagship is really to respond to the call for the sustainable utilisation of South Africa’s precious resource – water – for generations to come. Sustainable development is in the future, but we need to start now. We need to measure ourselves against our actions right now – that for me is sustainability and that should be the focus,” he concludes.

science of groundwater starting to mature

Because there is currently a mind-set in the general public that groundwater is “bad water”, Pienaar is of the opinion that people need to be educated to understand that “tap water is treated water” – regardless of source.

“More importantly, there is a cost associated with the choice of source and you cannot ignore the cost because it becomes critical for government when you have to consider a differentiated cost approach,” he says, adding that this is especially pertinent in municipal demarcated areas where approximately 70% or more of the population are unemployed and the pricing strategy in this region needs to be adjusted to take this into account.

Deciding whether groundwater or freshwater is the cheaper option is relatively more complex. “It depends entirely on locality. For example, if you stay in the mountainous areas of KwaZulu-Natal where the houses are far apart and the population is sparse, bringing small, basic infrastructure to those households becomes very cost intensive and expensive,” explains Pienaar. However, the emphasis in these cases is on planning, whichever the resource utilised.