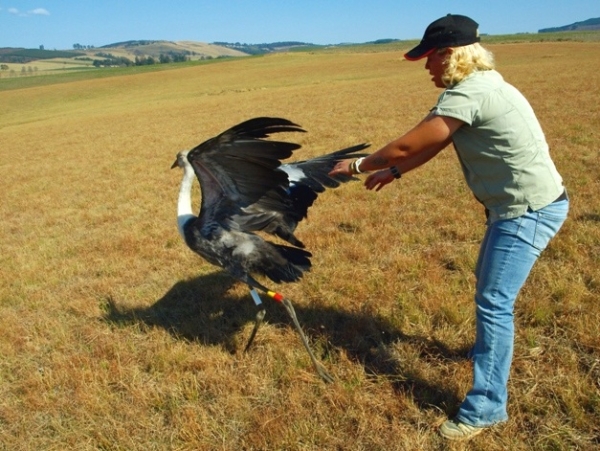 A 14 week old Wattled Crane chick is released after it was fitted with colour rings.

The first ever Chrissiesmeer Crane Festival was hosted by the Endangered Wildlife Trust (EWT) last month and attracted over 150 visitors to the tiny town of Chrissiesmeer, Mpumalanga, exposing them to the magnificence, but also the alarming plight, of our cranes and their wetland habitats.

All three of South Africa’s crane species are seen in the area, but the region is of special importance as Grey Crowned Crane habitat. Almost every landowner has a pair of Grey Crowned Cranes either breeding on or visiting their farm, and in the winter months it is a flocking site for these spectacular birds.

Besides being home to the cranes, the area is known to hold more than 20 000 water birds on a regular basis, and is also a proposed wetland area of international importance.

With only around 4000 Grey Crowned Cranes; less than 25 000 Blue Cranes; and only 260 Critically Endangered Wattled Cranes left in South Africa it is clear that urgent work needs to be done to save these birds. The EWT is spearheading the necessary conservation action through its African Crane Conservation Programme. 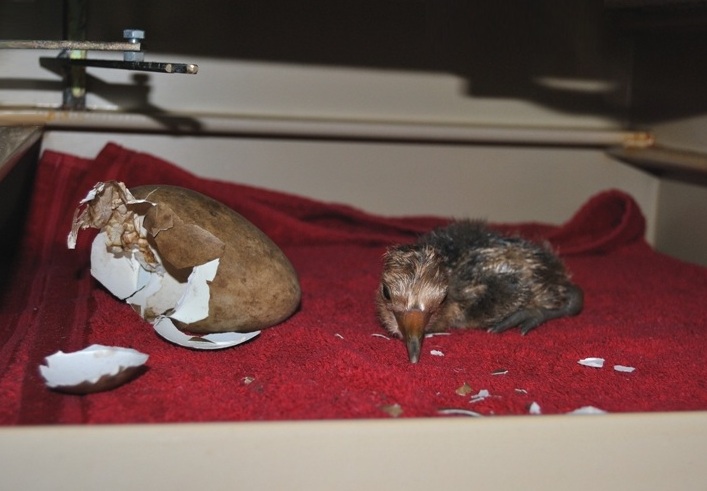 Visitors to the Chrissiesmeer Crane Festival took field trips, guided by Ursula Franke, Senior Field Officer for the EWT’s African Crane Conservation Programme, to view the Grey Crowned Crane flock from open safari vehicles. They were also treated to stargazing, facilitated by Carol-Anne Gillespie from Tribal Sky; various talks on bird-related subjects such as frogs, orchids, owls and bats; a night drive with local farmer Mientjie Rajchrt, where, to name only a few, Shrub hare, Jackal and a shy Black-footed Cat were spotted; praise poetry on cranes by six local learners from the Chrissiesmeer and Kwa-Chibikhulu Primary Schools; and a variety of food and information stalls manned by a colourful array of local enthusiast, farmers and conservationists.

“We are thrilled at the interest and support we received for the Crane Festival and our hope is that the spotlight shone on the area will promote sustainable local economic development that enhances the ecological integrity of the area. We’re already in planning mode for the event in 2013 and this promises to be an even bigger and better success,” concluded Franke. 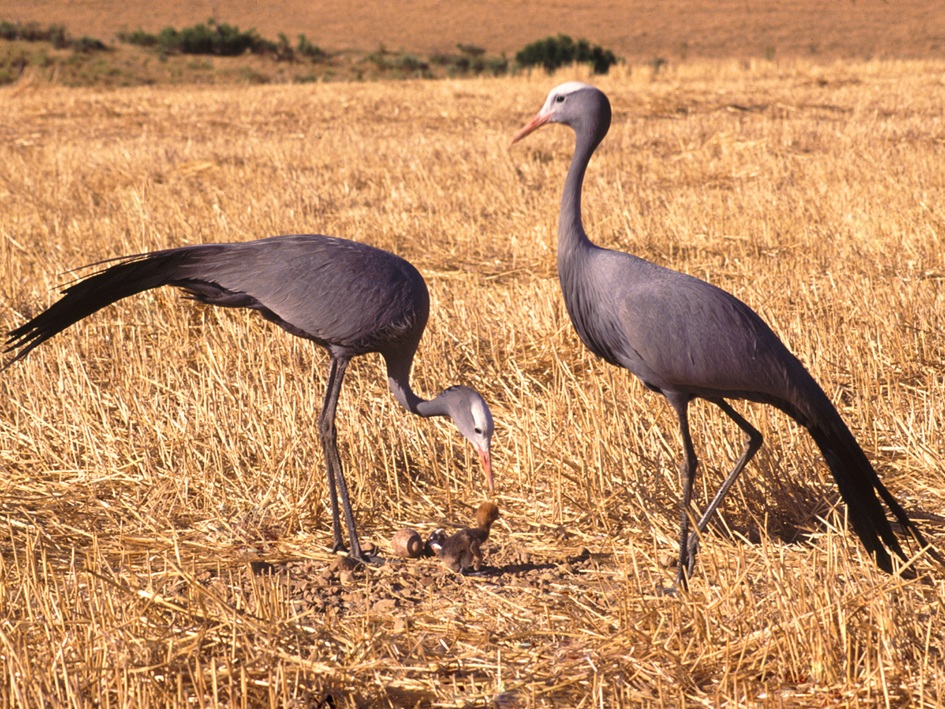