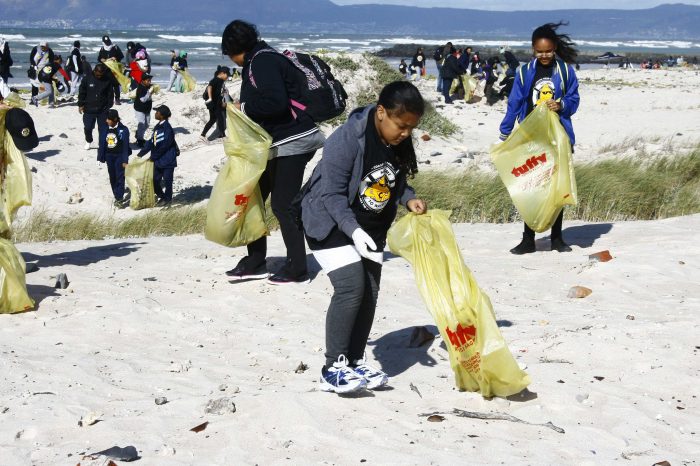 Glass bottles and pieces and paper bags have taken over from PET bottles and bottle caps as macro pollutants on Cape beaches.

This according to the results of the 20th International Coastal Clean-Up (ICC) that took place on Saturday 17 September.

The ICC is an annual event and one of the highlights of the industry’s Clean-Up and Recycle Week SA. This year’s event was dedicated to the memory of Nelson Mandela and enjoyed the support of all the packaging streams, provincial governments, local municipalities, environmental organisations, businesses, schools and the community.

According to John Kieser, Sustainability Manager of Plastics|SA and coordinator of the clean-ups in the Western, Eastern and Northern Cape, 9 243 volunteers helped to pick up and remove litter from beaches, rivers and water sources in these three provinces this year. “2016 saw more clean-ups taking place in areas where little or no area cleansing is done by local authorities, whilst large groups of school children also participated in organized clean-ups around the provinces”, Kieser says.

Using data to draw up a marine debris snapshot

Plastics|SA and Ezemvelo KZN Wildlife have spent the past eight weeks compiling and analyzing the sheets that were filled in by the coordinators and volunteers during the clean-ups. This information is fed to Ocean Conservancy for inclusion into an annual report that provides the world’s only item-by-item, location-by-location snapshot of marine debris.

“The use of data is becoming an integral part of our clean-up campaigns and education as it affords us a valuable assessment of the scale of debris pollution affecting the South African aquatic environment. A positive outflow of the last few years’ clean-ups is the use of site data in awareness and education, as well as allowing us to act pro-actively when it comes to addressing materials of concern within a specific area,” Kieser explains.

Whilst plastic micro debris (smaller than 2.5 cm in diameter) continues to be the biggest culprit when it comes to beach litter, glass bottles and pieces have entered the top ten list of pollutants for the first time in 20 years. Cigarette butts continue to be a major problem.

“This year’s results have also shown a marked increase in the number of paper bags (as used by the fast food industry), food wrappers and multi-layered crisp packets collected along the coast line. Whilst plastic litter continues to be highly visible on our beaches, we were pleased to see that the presence of plastic PET bottles and bottle tops have declined for the first time in many years. This is an early indication to us that the concerted efforts made by industry bodies such as PETCO and POLYCO to increase industry participation in recycling efforts as part of extended producer responsibility, is starting to bear fruit,” Kieser says.

“Clean-ups have allowed for greater awareness and monitoring of the problem. We are definitely seeing more people in Africa – and specifically in southern African – who are mindful of the dangers of marine debris thanks to the ongoing commitment and work being done by organizations such as Ocean Conservancy, the United Nations Environmental Program (UNEP), the National Oceanic and Atmospheric Administration (NOAA), Plastics|SA and partners. Another positive result of the ICC is the increase in clean-ups taking place at rivers and estuaries this past year, with many of these sites now enjoying monthly clean-ups by members of the community,” Kieser says. 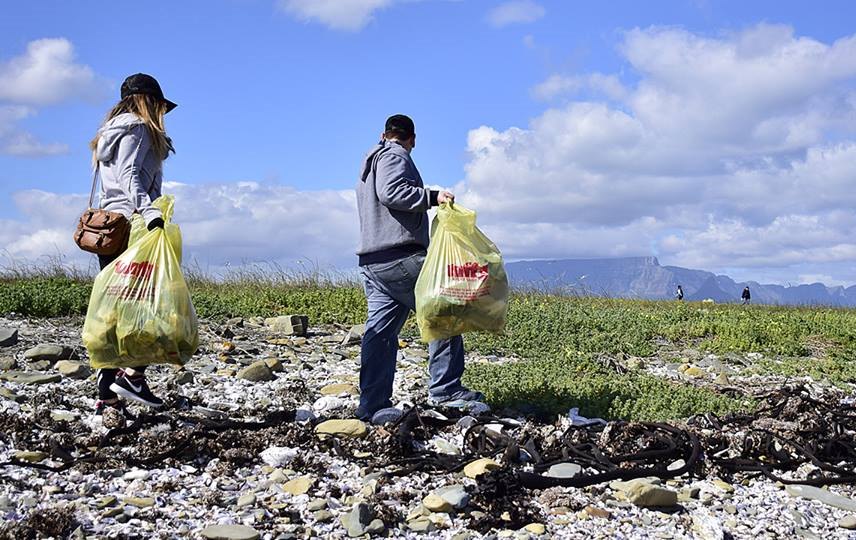 “As the public participation in this annual event continues to grow, we will see an increase in the amount of material that is directed from landfill to being recycled into new products with a second life. In recent years, we have seen numerous new inventions entering the market made from plastic removed from the marine environment, ranging from jeans and clothing to top-end athletic shoes. The Industry’s ‘Design for Recyclability’ initiatives create awareness of responsible design and manufacturing practices in South Africa and should result in less waste finding its way to the oceans.

The International Coastal Clean-Up continues to be the largest citizen science project and volunteer effort for ocean health worldwide and we would be delighted to see many more concerned people taking part in next year’s 21st year of participation when we head out to beaches around the country on Saturday, the 16th of September 2017,” Kieser concludes.